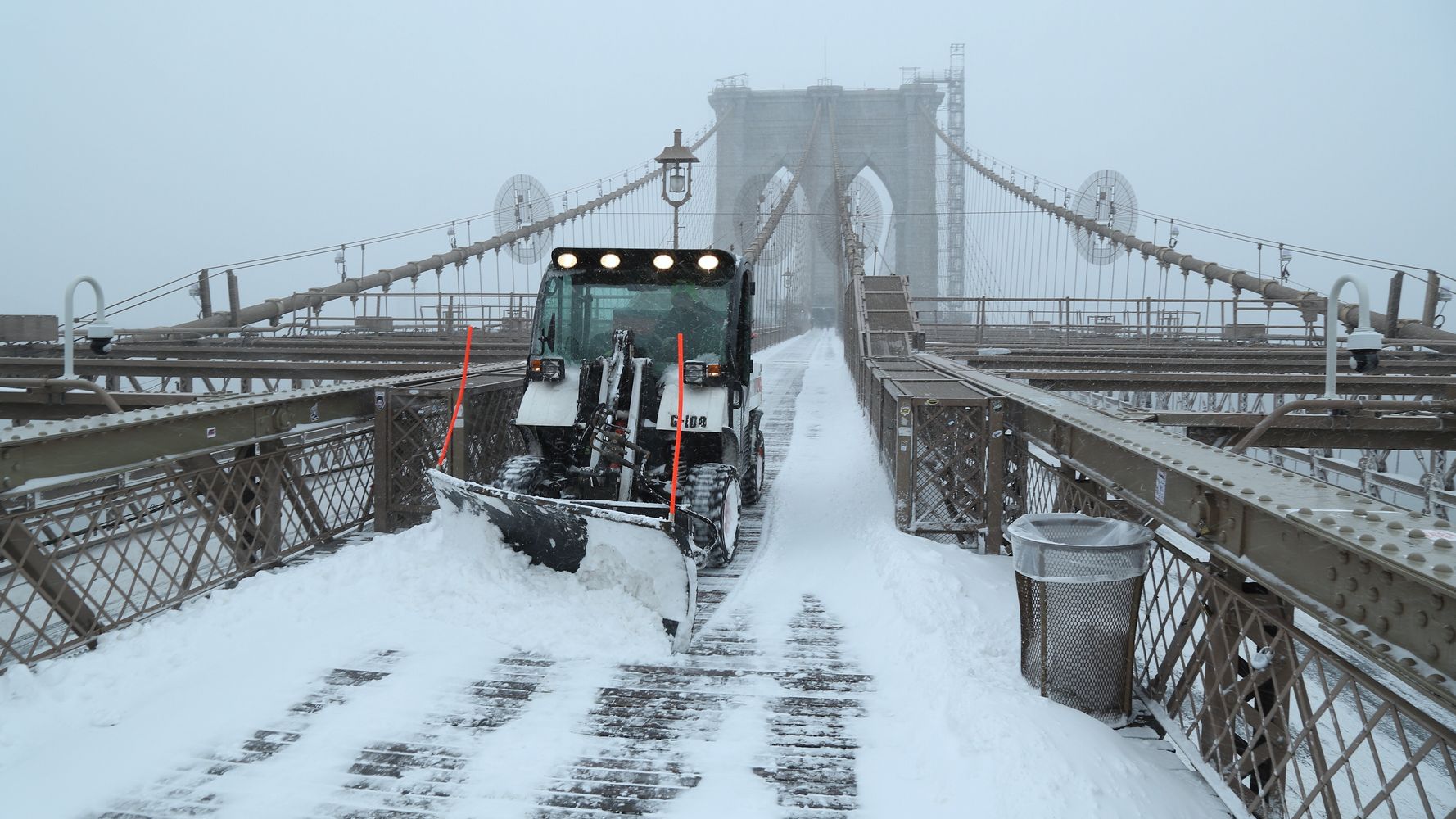 BOSTON (AP) â€” A norâ€™easter with hurricane-force wind gusts battered much of the East Coast on Saturday, flinging heavy snow that made travel treacherous or impossible, flooding coastlines, and threatening to leave bitter cold in its wake.

The storm thrashed parts of 10 states, with blizzard warnings that stretched from Virginia to Maine. Philadelphia and New York saw plenty of wind and snow, but Boston was in the crosshairs. The city could get more than 2 feet (61 centimeters) of snow by the time it moves out early Sunday.

Winds gusted as high as 83 mph (134 kph) on Cape Cod in Massachusetts. More than 22 inches (45 centimeters) of snow had fallen by midafternoon on part of Long Island, and Bayville, New Jersey, had 19 inches (48 centimeters).

The wind scoured the ground bare in some spots and piled the snow into huge drifts in others.

New York City and Philadelphia were far from setting all-time records but still saw significant snowfall, with at least 7.5 inches (19 centimeters) in New Yorkâ€™s Central Park and at the Philadelphia airport.

Many flights at airports serving New York, Boston and Philadelphia were canceled Saturday, according to FlightAware. More than 4,500 flights were canceled across the U.S., though airports in the Northeast didnâ€™t report evidence of mass strandings, given that the storm was anticipated and many airlines called off flights in advance.

Amtrak canceled all its high-speed Acela trains on the busy Boston-to-Washington corridor and canceled or limited other service.

In suburban Boston, a bundled-up Nicky Brown, 34, stood at the doors of Gordonâ€™s liquor store in Waltham, waiting for it to open.

â€œMy boyfriend is out driving a plow, and I had a bunch of cleaning to do at home, and I want a drink while Iâ€™m doing it,â€ she said, as she called the store to find out if it planned to open at all. â€œItâ€™s a good day to stay inside and clean.â€

Video on social media showed wind and waves battering North Weymouth, south of Boston, flooding streets with a slurry of frigid water. Other video showed a street underwater on Nantucket and waves crashing against the windows of a building in Plymouth.

Over 120,000 homes and businesses lost power in Massachusetts, with failures mounting. No other states reported widespread outages.

Much warmer ocean waters â€œare certainly playing a role in the strengthening of the storm system and increased moisture available for the storm,â€ said University of Oklahoma meteorology professor Jason Furtado. â€œBut it isnâ€™t the only thing.â€

The storm had two saving graces: Dry snow less capable of snapping trees and tearing down power lines, and its timing on a weekend, when schools were closed and few people were commuting.

Parts of 10 states were under blizzard warnings at some point: Maine, New Hampshire, Massachusetts, Rhode Island, Connecticut, New York and New Jersey, along with much of the Delmarva Peninsula in Delaware, Maryland and Virginia.

The National Weather Service considers a storm a blizzard if it meets the following conditions: It has snowfall or blowing snow and winds of at least 35 mph (56 kph) that reduce visibility to a quarter-mile or less for at least three hours. In many areas, Saturdayâ€™s storm met those criteria.

Rhode Island, all of which was under a blizzard warning, banned all nonemergency road travel.

Ocean City, Maryland, recorded at least a foot (30 centimeters) of snow. Maryland State Police tweeted that troopers had received more than 670 calls for service and responded to over 90 crashes by midmorning.

New York Gov. Kathy Hochul advised people to stay home and warned of below-zero windchills after the storm passes. The state had declared a state of emergency Friday evening.

â€œThis is a very serious storm, very serious. Weâ€™ve been preparing for this. This could be life-threatening,â€ Hochul said. â€œItâ€™s high winds, heavy snow, blizzard conditions â€” all the elements of a classic norâ€™easter.â€

Police on Long Island said they had to help motorists stuck in the snow. In Philadelphia, few drivers ventured onto streets covered in knee-high drifts.

Dave McGillivray, race director for the Boston Marathon, jokingly invited the public to his suburban Boston home on Saturday for a free snow-shoveling clinic.

â€œI will provide the driveway and multiple walkways to ensure your training is conducted in the most lifelike situation,â€ he said.

Washington and Baltimore got some snow but were largely spared. The worst of the norâ€™easter was expected to blow by Sunday morning into Canada, where several provinces were under warnings.