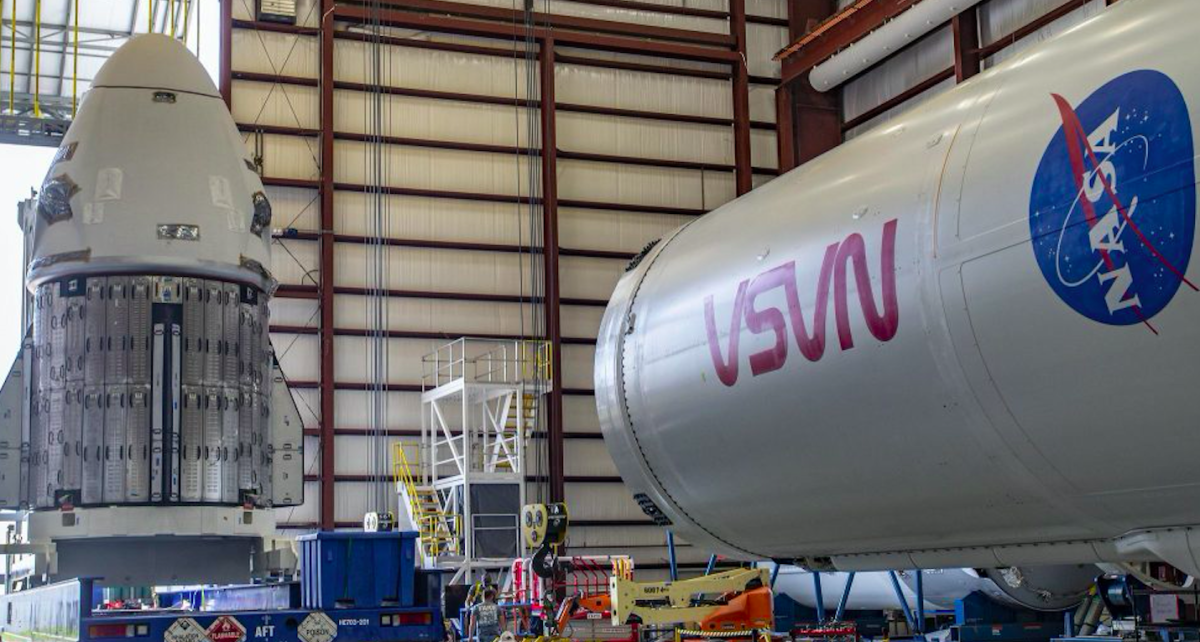 Hurricane Ian has pushed the launch of SpaceX’s next astronaut mission for NASA back by at least a day.

SpaceX and NASA had been planning to launch the Crew-5 flight to the International Space Station on Oct. 3 from Pad 39A at Kennedy Space Center (KSC) in Florida. But the threat of Ian, which is currently churning north toward Florida as a powerful Category 3 hurricane, has delayed the planned liftoff by at least 24 hours, to Oct. 4. And that schedule is far from set in stone.

“Mission teams will continue to monitor the impacts of Ian on the Space Coast and NASA’s Kennedy Space Center in Florida and could adjust the launch date again, as necessary,” NASA officials wrote in an update today (opens in new tab) (Sept. 27).

The Falcon 9 rocket and Dragon capsule that will fly on Crew-5 are safe inside SpaceX’s hangar at Pad 39A, NASA officials added in today’s update.

If current plans hold, the Crew-5 astronauts will arrive at KSC from NASA’s Johnson Space Center in Houston on Friday (Sept. 30). Rollout of the Falcon 9 and Dragon to the launch pad will occur around that same time, provided the weather is good enough for a potential Oct. 4 liftoff. A backup date is available on Oct. 5.

Crew-5 will send NASA astronauts Nicole Aunapu Mann and Josh Cassada, Japan’s Koichi Wakata and Russian cosmonaut Anna Kikina to the International Space Station (ISS) for a five-month stay. It will mark the first time a cosmonaut has ever ridden a private American spacecraft to the orbiting lab.

SpaceX’s most recent mission, Crew-4, remains aboard the ISS but is scheduled to come home soon. Crew-4’s departure date depends on Crew-5’s launch date; NASA and SpaceX want the two missions to overlap for five days on the station.

Crew-5 isn’t the only mission affected by Hurricane Ian. The storm forced NASA to roll its huge Artemis 1 moon rocket off KSC’s Pad 39B and back to the safety of the center’s huge Vehicle Assembly Building late last night (Sept. 26).

The Artemis 1 team had been hoping to launch the uncrewed moon mission today. Now, a launch earlier than November seems unlikely.