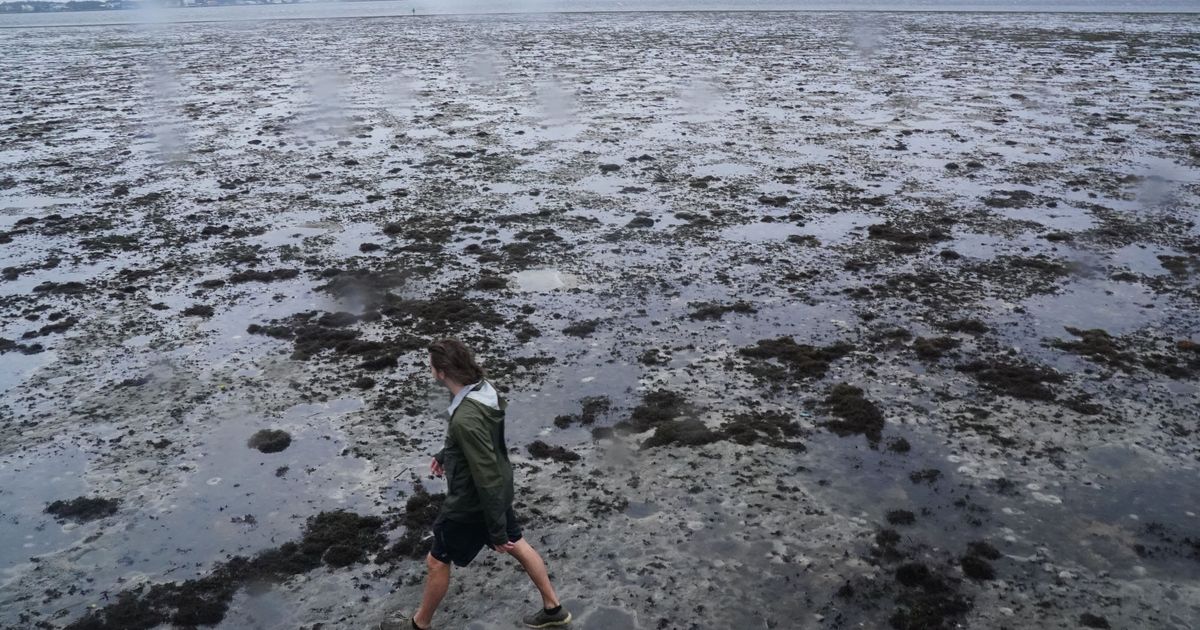 Ian’s powerful winds pushed water away from the shore and into the gulf, similar to what happened just before Hurricane Irma’s arrival in 2017.

But experts warned that the receding tide, called a negative storm surge, is only temporary and that water will return, likely at much higher levels.

“Don’t go out there. It’s so dangerous to go out there,” National Weather Service Director Ken Graham said at a news conference Wednesday. “Even if you see the water receding, it’s not the time to go out there and look at it and collect shells or whatever it is. We’ve seen this, and these types of storms, when the winds come down, when the winds decrease, that water comes back in and can be incredibly dangerous.”

Florida’s Division of Emergency Management echoed that message on Twitter, warning that the returning water could be life-threatening.

The low-lying Tampa Bay area is predicted to see a storm surge of four to six feet, with extreme beach erosion and water that may extend several miles inland, according to the National Weather Service.

9/28 11am EDT: Eyewall of #Ian moving onshore! Catastrophic storm surge along with destructive waves are expected along the southwest Florida coast from Englewood to Bonita Beach, including Charlotte Harbor. Residents should urgently follow evacuation orders in effect. pic.twitter.com/a82s6OGus6

The storm surge will be greater farther south along the coast, with some areas at risk of a surge of up to 18 feet. In addition, the Category 4 hurricane will dump up to five inches of rainfall per hour as it crosses the state while losing speed and prolonging the deluge, said Graham.

“This is going to be a storm that we talk about for many years to come,” Graham said.

Water from the storm, not its wind, creates the highest risk to human life, Federal Emergency Management Agency Administrator Deanne Criswell noted. She cautioned that flood dangers don’t end with the storm’s passing.

Only a few inches of rushing water can carry away a moving vehicle, Criswell said. She urged people to move to higher ground if water is rising around them, and cautioned against using a generator indoors due to possible carbon monoxide poisoning.

“Hurricane Ian is and will continue to be a very dangerous and life-threatening storm and this is going to be for the days ahead,” Criswell said.