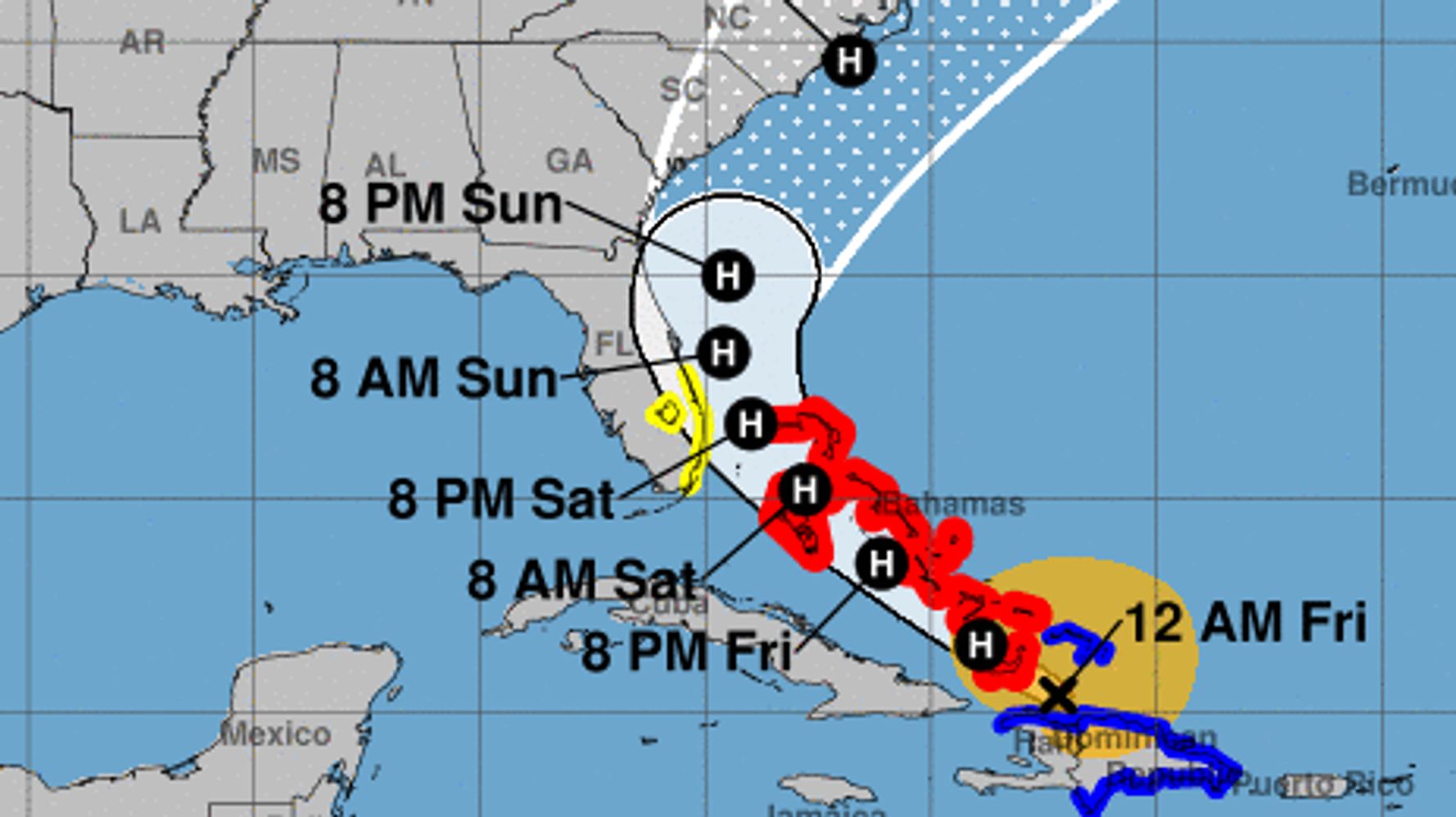 Officials across the Caribbean and the southern U.S. have urged citizens to brace for Hurricane Isaias after the storm gained strength and barreled over Puerto Rico and the Dominican Republic.

The National Hurricane Center said early Friday that Isaias had strengthened into a Category 1 hurricane, with sustained winds of about 80 miles per hour. The Bahamian government issued a hurricane warning for large swaths of the country, and Hubert Minnis, the countryâ€™s prime minister, urged citizens to â€œprepare for the worse.â€

â€œWe know from past and recent experience that storms could change course very quickly,â€ Minnis said, according to the Miami Herald. â€œThey can intensify rapidly, as we saw with Hurricane Dorian. So I ask all Bahamians and residents to take this storm seriously and to make preparations.â€

Hurricane Dorian caused more than $3.4 billion in damage and was linked to at least 70 deaths after it battered the nation with 185-mile-an-hour winds last year.

#Isaias is now a hurricane based on data from the Air Force Hurricane Hunters. The intensity forecast shows a stronger storm than before, but the track forecast is unchanged. Go to https://t.co/tW4KeFW0gB for details. pic.twitter.com/tXraiehHMX

Officials said Isaias could threaten parts of Florida this weekend and early next week, although they said the storm could still change paths.

â€œThere is a risk of impacts from winds, heavy rainfall, and storm surge late this weekend from the northeastern Florida coast and spreading northward along the remainder of the U.S. east coast through early next week,â€ the National Hurricane Center said in a news release. â€œThe details of the track and intensity forecast remain uncertain, and it is too soon to determine the magnitude and location of these potential impacts.â€

Health officials in Florida were already preparing to deal with the fallout from a potentially destructive storm combined with the ongoing threat of the coronavirus pandemic. The director of the stateâ€™s Division of Emergency Management said he had directed masks, hand sanitizer and other protective equipment to some counties should there be a need to open emergency shelters, the South Florida Sun-Sentinel reported.

â€œIn the event it is necessary, counties will open shelters and we are helping prepare them to do so,â€ the director, Jared Moskowitz, told the newspaper.

Isaias has already caused damage across Puerto Rico and the Dominican Republic, knocking out power in some areas and causing small landslides, according to The Associated Press.

At least 35 people had to be rescued by the National Guard in Puerto Rico due to flash flooding.