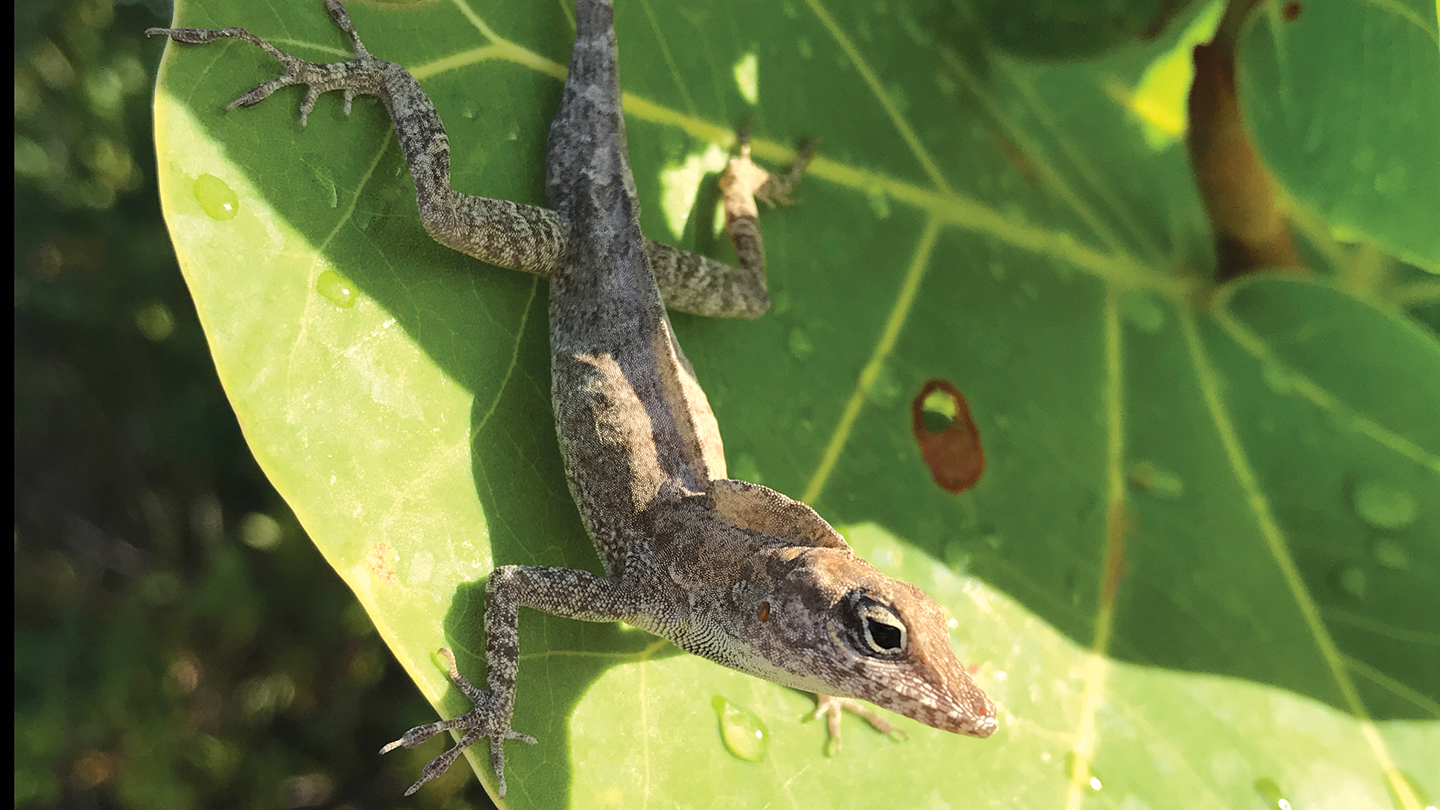 As a conservation biologist, Thor Hanson has seen firsthand the effects of climate change on plants and animals in the wild: the green macaws of Central America migrating along with their food sources, the brown bears of Alaska fattening up on early-ripening berry crops, the conifers of New England seeking refuge from vanishing habitats. And as an engaging author who has celebrated the wonders of nature in books about feathers, seeds, forests and bees (SN: 7/21/18, p. 28), heâ€™s an ideal guide to a topic that might otherwise send readers down a well of despair.

Hanson does not despair in his latest book, Hurricane Lizards and Plastic Squid. Though he outlines the many ways that global warming is changing life on our planet, his tone is not one of hand-wringing. Instead, Hanson invites the reader into the stories of particular people, places and creatures of all sorts. He draws these tales from his own experiences and those of other scientists, combining reporting with narrative tales of species that serve as examples of broader trends in the natural world.

A trip to La Selva Biological Station in Costa Rica, for example, has Hanson reliving the experience of tropical ecologist and climatologist Leslie Holdridge, who founded the research station in the 1950s and described, among other things, how climate creates different habitats, or life zones, as elevation increases. As Hanson sweats his way up a tropical mountainside so he can witness a shift in life zones, he notes, â€œI had to earn every foot of elevation gain the hard way.â€ I could almost feel the heat that he describes as â€œa steaming towel draped over my head.â€ His vivid descriptions bring home the reason why so many species have now been documented moving upslope to cooler climes.

Hanson doesnâ€™t waste much breath trying to convince doubters of the reality of climate change, instead showing by example after example how it is already playing out. The book moves quickly from the basic science of climate change to the challenges and opportunities that species face â€” from shifts in seasonal timing to ocean acidification â€” and the ways that species are responding.

As Hanson notes, the acronym MAD, for â€œmove, adapt or die,â€ is often used to describe speciesâ€™ options for responding. But that pithy phrase doesnâ€™t capture the complexity of the situation. For instance, one of his titular characters, a lizard slammed by back-to-back Caribbean hurricanes in 2017, illustrates a different response. Instead of individual lizards adjusting, or adapting, to increasingly stormy conditions, the species evolved through natural selection. Biologists monitoring the lizards on two islands noticed that after the hurricanes, the lizard populations had longer front legs, shorter back legs and grippier toe pads on average than they had before. An experiment with a leaf blower showed that these traits help the lizards cling to branches better â€” survival of the fittest in action.

In the end, the outcomes for species will probably be as varied as their circumstances. Some organisms have already moved, adapted or died as a result of the warming, and many more will face challenges from changes that are yet to come. But Hanson hasnâ€™t given up hope. When it comes to preventing the worst-case scenarios, he quotes ecologist Gordon Orians, who is in the seventh decade of a career witnessing environmental change. When asked what a concerned citizen should do to combat climate change, he responded succinctly: â€œEverything you can.â€ And as Hanson points out, this is exactly how plants and animals are responding to climate change: by doing everything they can. The challenge feels overwhelming, and as a single concerned citizen, much feels out of my hands. Yet Hansonâ€™s words did inspire me to take a cue from the rest of the species on this warming world to do what I can.

Buy Hurricane Lizards and Plastic Squid from Bookshop.org. Science News is a Bookshop.org affiliate and will earn a commission on purchases made from links in this article.