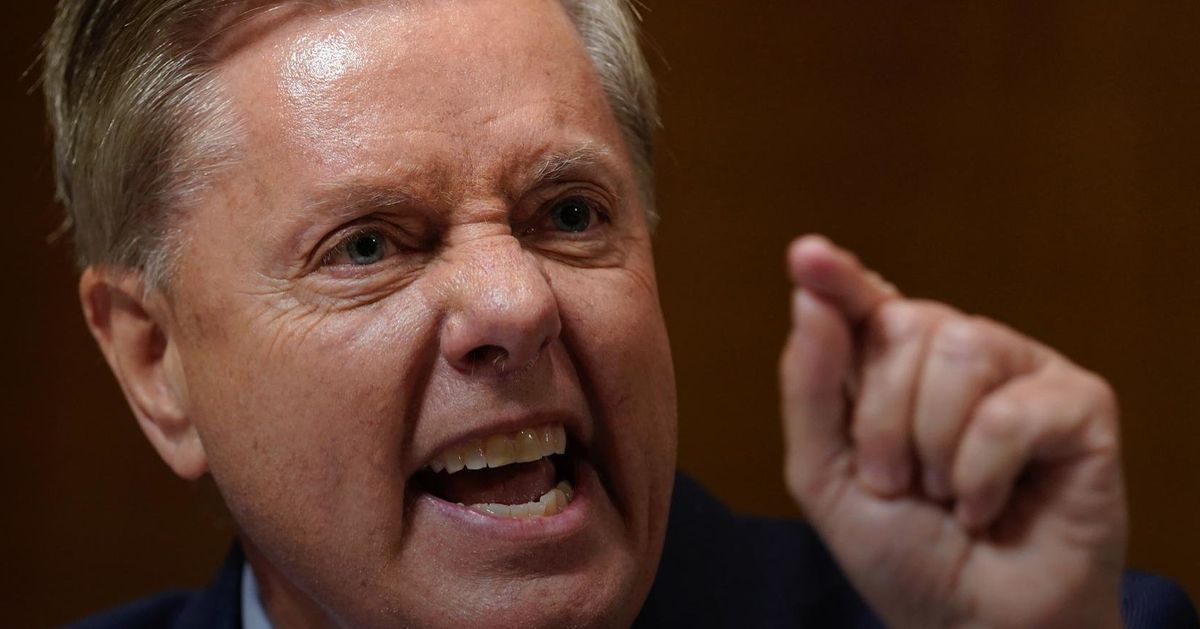 The Senate race between Walker and Democrat Sen. Raphael Warnock was so close this week that the men will have a runoff on Dec. 6.

In an appearance Thursday on Sean Hannity’s Fox News program, Graham accused Walker’s critics of “trying to destroy” the candidate and “his family.”

In fact, member of Walker’s own family have criticized him. His 23-year-old son, Christian Walker, has instructed his dad on social media to “wear a condom” and stop fathering out-of-wedlock children he doesn’t raise.

“You’re not a ‘family man’ when you left us to bang a bunch of women, threatened to kill us, and had us move over 6 times in 6 months running from your violence,” Walker’s son posted.

The conservative “family man” tearfully backed by Graham has been accused by two former lovers of pushing for and even funding abortions, which he now supports making illegal. Walker has denied the accusations but said there would be “nothing to be ashamed of” if he had paid for an abortion.

Lemon on “CNN This Morning” blasted Graham’s comments as “hypocrisy off the charts.”

“It’s just ridiculous,” said Jones, who called Walker a “nightmare” to the children he has “abandoned” and clearly to his son Christian.

“If you don’t want someone with [Walker’s] lack of qualifications and bad personal character to be in the Senate,” Graham claims “you now hate all conservatives and don’t want any Black people to be conservative,” Jones summed up on Graham’s position.

“That’s not true! All of us have got conservative Black people in our families,” Jones insisted. “What are you talking about?”

The “idea that we need somebody like Lindsey Graham to explain to us how to relate to different political positions in our own community is just ridiculous,” he added.

“And if you’re going to get that evangelical in your belief about somebody … be evangelical about the values that this man has violated when it comes to abandoning his own children,” Jones said.

Lemon said people like Graham “always talk about race-baiting,” and this is “race-baiting in its worst form.”