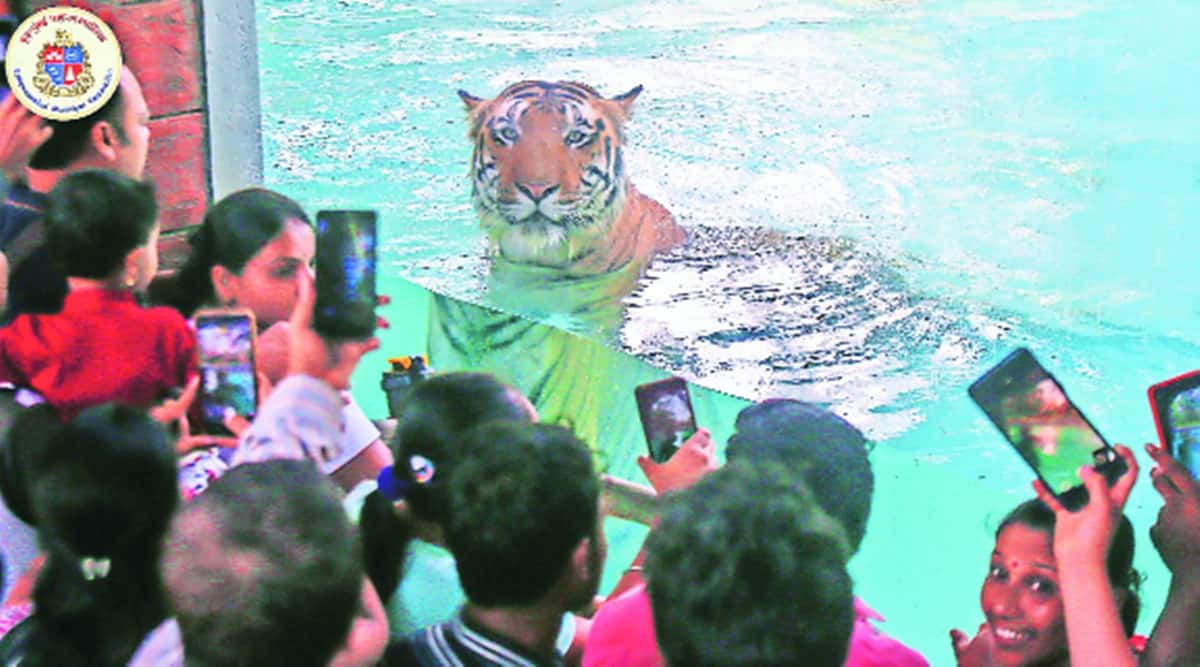 Amid the heatwave, everyone is looking for ways to cool off — and the denizens of the Mumbai zoo are no different, with zoo authorities lining up a number of measures to ensure the animals remain healthy.

On offer are fruit and vegetable icicles and lollies for sloth bears, monkeys and Asian elephants — Anarkali is one of the latter. The Royal Bengal tigers, including Karishma and Shakti, and leopards get to chew on frozen meat and bones.

The zoo’s nine penguins, which have a temperature-controlled enclosure, are given fish treats and their favourite local fish, Bombil (Bombay Duck). This enclosure is equipped with chillers and CCTV cameras for 24/7 monitoring. Veterinarians, animal keepers and engineers are also on hand to manage the enclosure.

“Since many animals are of Indian origin and tropical animals, they are used to heat and adapt well. In addition, new enclosures are created to replicate natural habitat and have enough trees, and grasslands, that provide a lower temperature and shade,” said Sanjay Tripathi, zoo director, Byculla zoo.

The tigers, brought in from the Aurangabad zoo, have been kept in a 3,500 sq. m enclosure that attempts to replicate the landscape of the Ranthambore National Park in Rajasthan.

For the last two months, the temperature has sharply risen above normal. On April 22, the city’s day temperature touched the season’s highest so far at 38.9 degrees Celsius.

“They are just like us, they are after the food in the ice block, they will find a shady spot and take a nap or get in the water,” said Abhishek Satam, a biologist at the zoo. Sloth Bears and elephants will get in the pool to cool down, while others like leopards will seek shade. The elephants also are frequently hosed with water, he said. The heat may have slowed the animals somewhat, but visitors continue to throng the zoo, especially on Sundays. The Byculla zoo opened its doors on February 10 this year after the third wave subsided. On May 1, over 19,000 people visited as one of the zoo’s newest residents, Oreo the penguin chick, celebrated its first birthday. Between April 14 and 16, the saw recorded footfall of nearly 50,000 visitors.