ICUs, Mortuaries And Prisons: The NHS Heroes Sent Into The Unknown When Covid-19 Hit 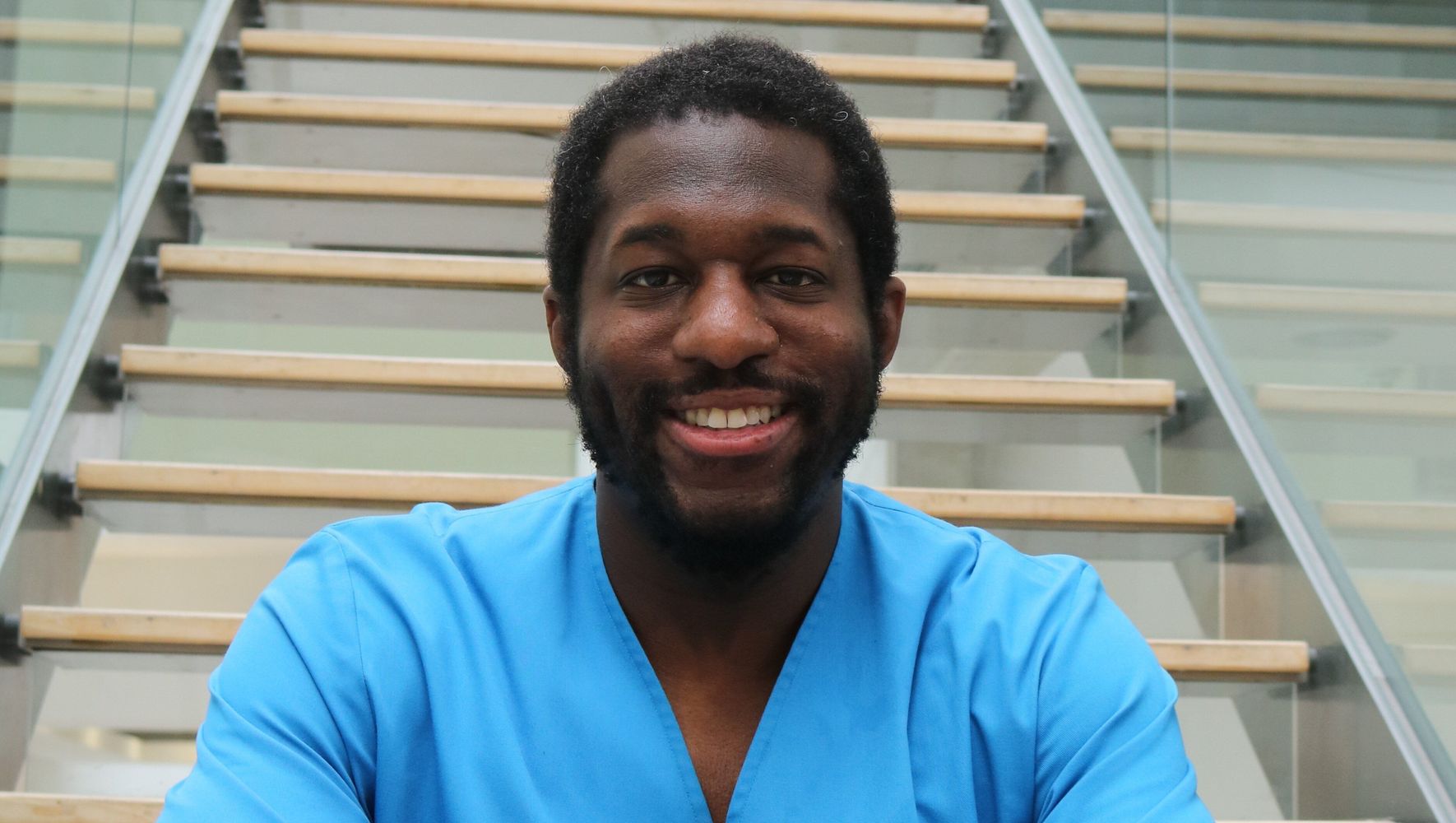 Get the latest on coronavirus.Â Sign up to the Daily BriefÂ for news, explainers, how-tos, opinion and more.

Nurse Michael Knight has worked for the NHS in north-west London for the past 18 years. Usually, he can be found in the pre-assessment unit at Northwick Park Hospital, preparing patients who are set to go under the knife.Â

â€œIâ€™m the person that will do the MOT test on patients to make sure theyâ€™re fit for surgery,â€ he said. â€œSo I will check their blood pressure, do swabs to make sure they donâ€™t have any infections and do blood tests on them.â€Â

But by mid-March, with coronavirus deaths in the UK rapidly increasing, Michael and his colleagues knew that the unit would be shut down as the hospital focussed on fighting Covid-19.

â€œI wasnâ€™t sure what was going to happen after that,â€ the 37-year-old said. â€œWere we going to come into work and just do stocking or tidying up?â€Â

On March 20, he found out. â€œMy manager called me in and said: â€˜I know you might say no, but I have to ask the question. How do you feel about working in the mortuary?â€™Â

â€œI thought about it for about two seconds before I agreed,â€ he said.Â

â€œI had worked in A&E before, I had seen dead bodies before, so I could handle it. My manager was shocked, but I was OK with it.â€Â

Michael is just one of what is thought to be thousands of medics who have been redeployed during the Covid-19 pandemic as the NHS has focused its resources on fighting the virus that has killed more than 40,000 people in the UK.Â

On March 23 â€“ the day Boris Johnson announced the country would be going into lockdown â€“ Michael started his first shift in the mortuary.Â

Usually, mortuary staff at Northwick Park Hospital tend to two or three patients a day. At the peak of the coronavirus pandemic, they were seeing between 25 and 30.Â

Michael was one of several staff redeployed to the department to help deal with the increase.

â€œThe first person I saw was someone who I actually knew. Which was a shock to me â€“ a big shock,â€ he said. â€œAt first I thought: â€˜Is this a joke? Are they just testing me out to see if I can handle it?â€™ But no, it obviously wasnâ€™t a joke.

â€œI held myself together, even though it was obviously very, very traumatic.â€Â

During his time in the mortuary, the nurse saw â€œa lotâ€ of patients he had pre-assessed for surgery during his almost two decades at the hospital.Â Â

â€œIt was very hard at first,â€ he said. â€œBut I canâ€™t stress enough that I had a fantastic team around me. They were so good, really supportive. They kept my head above water.â€Â

As the mortuary dealt with an influx in patients, it was Michaelâ€™s job to check-in each one, taking their name and measurements and checking for pacemakers and cannulas.Â

â€œMe, personally, Iâ€™m a very caring person, I like caring for people,â€ he said. â€œAnd this is somebodyâ€™s loved one. So I like to give people respect and the final treatment I can give them. Especially patients I actually did know.Â

Despite the impact the role has had on him, Michael â€“ who lost two of his own close relatives to coronavirus â€“ said he would do it again, describing it as â€œrewardingâ€ work.Â

â€œThere were certain family members I didnâ€™t talk to for a long time â€“ I speak to them now. I look at the world differently.â€Â

Like Michael, AlexÂ  â€“ a junior physiotherapist at Northwick Park Hospital â€“ was redeployed to deal with the hospitalâ€™s huge influx in coronavirus patients.Â

In mid-March, a critical incident was declared at the hospital after it ran out of intensive care beds amid a major surge in Covid-19 patients.Â

Originally Alex, who was working in the outpatients unit before Covid-19 hit, was redeployed to the pharmacy unit, delivering medication to patients who were shielding.Â

But as coronavirus cases continued to rise â€“ and the hospital expanded its intensive care unit to deal with more and more seriously-ill patients â€“ the 26-year-old was asked to join a â€œproningâ€ team on ICU.Â

Proning plays a key role in treating some coronavirus patients, Tariq Husain â€“ a consultant at Northwick Park Hospital who led the intensive care unit at the peak of the Covid-19 outbreak â€“ explained.Â

â€œIf we canâ€™t get enough oxygen into someone on a ventilator, we sometimes turn them from lying on their back to lying on their front,â€ he said. â€œThatâ€™s called proning.â€Â

In normal circumstances, you can expect to find one patient lying on their front in intensive care.Â

Tariq said: â€œWith the Covid pandemic, the main issue was getting oxygen into peopleâ€™s lungs. Proning people became a very common thing that we did, so much so that we set up proning teams.â€Â

Alex â€“ who had worked on ICU once before as a student â€“ was on one of these teams, which was made up of anaesthetists and fellow physiotherapists. At one point, they were proning 15 or 16 patients each shift.Â

â€œIt was quite intimidating to start with,â€ Alex said. â€œOur training helped us a lot â€“ but it was different in terms of the volume of patients in intensive care and the turnover of patients in there, with some of them sadly passing away.Â

â€œBefore, when I had worked in intensive care, I think only one patient had passed away. In Northwick Park, we were hit quite badly. So the turnover of patients was quite hard to deal with.â€Â

It was an â€œintenseâ€ job, Alex said. â€œI think at the time, it was more about â€“ not surviving â€“ but getting through each shift and focusing on that, rather than all the negative aspects that were happening. And focussing on the patients that we could help.â€

For Tariq, it is the staff who were redeployed to the ICU â€“ like Alex â€“ who were the â€œtrue heroesâ€ of the coronavirus outbreak.Â

â€œStepping inside intensive care in normal circumstances would be pretty scary on your first day in a new job,â€ he said.

â€œBut working in intensive care and then the enormity of what was happening â€“ it was extraordinary, actually. I think that theyâ€™re the true heroes of it all.â€Â

After two months in ICU, Alex has now been redeployed again to a newly-formed Covid rehabilitation team, which gives â€œreally intense physiotherapyâ€ to coronavirus patients who are well enough to be moved from intensive care to other wards.Â

â€œItâ€™s been quite nice,â€ he said. â€œIâ€™ve seen some of the patients I was proning on intensive care while they were sedated get better and have been able to do a bit of rehabilitation with them in ICU.Â

â€œNow they have been discharged to the wards â€“ where I am now â€“ so I have followed them through the whole process.Â

â€œThereâ€™s some patients I have seen since day one of their admission, and we have got them all the way back through to walking and sent them home. Itâ€™s really rewarding.â€Â

But NHS staff werenâ€™t just redeployed within hospitals when the coronavirus outbreak hit.Â Some were sent to prison.

Emily Stephenson is a sexual health nurse in Guildford. Yet at the start of the coronavirus crisis, she was drafted in to work at HMP Downview, a closed category womenâ€™s jail in Surrey.Â

It was the middle of March when she found out she would be redeployed, with sexual health clinics forced to streamline services to adhere to social-distancing guidelines.Â

â€œI was thinking I was probably going to be sent to a hospital or something and I was quite nervous about it,â€ the 44-year-old said. â€œI didnâ€™t really want to go to a hospitalÂ  â€“ I didnâ€™t want to see people dying. It was just awful.

â€œThen I got the call from my boss saying they wanted to send me to one of the Surrey prisons. Of course, I was really excited that I wasnâ€™t being sent to a hospital. I was like: â€˜This is amazing, Iâ€™m so pleased, so relieved.â€™Â

â€œThen I put the phone down, walked downstairs and said to my family: â€˜Oh hold on, Iâ€™m going to prison.â€™â€Â

Emily was one of seven nurses who were redeployed to prisons in Surrey to cover staff shortages as the service prepared for possible coronavirus outbreaks among prisoners.Â

â€œI sat there and I thought: â€˜Oh my goodness, I see things that happen on the news and I think theyâ€™re terrible people that go into prisons. How am I going to feel when I go in there?â€™â€Â

But despite her reservations, she has found the experience â€œamazingâ€ â€“ and is even considering a future career in prison nursing.Â

â€œI literally love it,â€ Emily explained. â€œYouâ€™re going in there and your job is to look after these people and do it to the best of your ability. My attitude is that you have got to be kind and give your best.â€Â Â

To date, there havenâ€™t been any cases of coronavirus in the prison, Emily said. Instead, her work has been focused on providing healthcare to the prisoners, while trying to limit face-to-face contact amid social-distancing rules.Â

â€œIâ€™m a big believer in rehabilitation and supporting people, even if I just make a difference in the five or 10 minutes I see them,â€ she added.Â

â€œItâ€™s just treating the patients like theyâ€™re people and not like they have done something wrong. I know itâ€™s a controversial thing, but my job in healthcare is to be kind and listen.â€