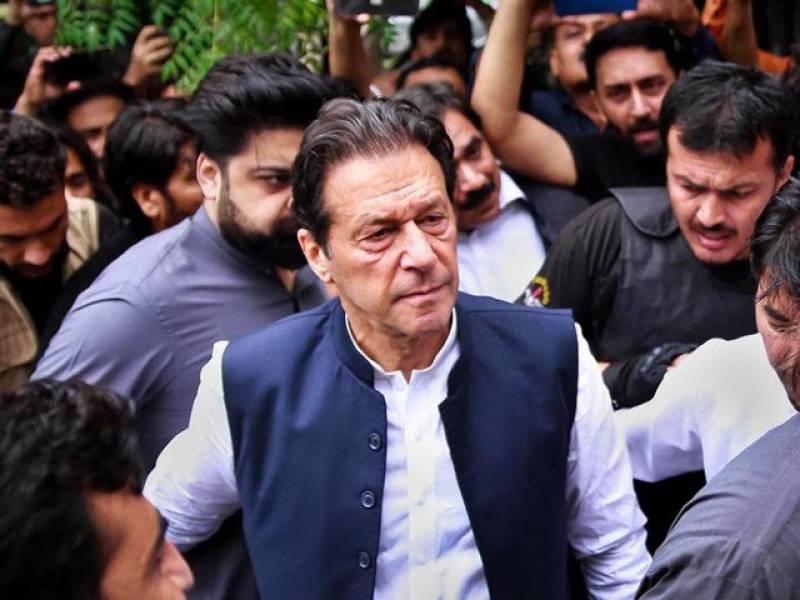 It is pertinent to mention here that the former premier had submitted an affidavit in the Islamabad High Court (IHC) for threatening Sessions Judge Zeba Chaudhry.

In his affidavit, Imran Khan vowed to comply with the statement given on September 22 before the Islamabad High Court (IHC) in the last hearing. “I am ready to apologise if the judges think I had crossed a red line,” he added.

Imran Khan added that for 26 years, he fought for the independence of the judiciary and the rule of law and said that there was no intention to threaten the judge in the speech.

The PTI chief assured the court that in future he would not do anything that would hurt the dignity of any court and the judiciary, especially the lower judiciary.

He also expressed his willingness to take any further steps that the IHC “deems necessary and appropriate for its satisfaction that he never intended to interfere in the process of the court or impugn the dignity or independence of the judiciary”.

The affidavit was submitted a day after the former premier appeared before an Islamabad lower court to personally apologise to Additional District and Sessions Judge Zeba Chaudhry, who was not present there at the time.

During the last hearing on September 22, the IHC decided not to frame charges against Imran Khan in the contempt of court case against him.

A day earlier, the Islamabad High Court approved the pre-arrest bail of Imran Khan, after an arrest warrant was issued for the former premier in connection with his controversial remarks against Zeba Chaudhry.

The magistrate issued arrest warrants against the PTI chief in the case registered on August 20 over his remarks regarding Additional District and Sessions Judge Zeba Chaudhry.

The FIR includes four sections of the Pakistan Penal Code (PPC), including 506 (punishment for criminal intimidation), 504 (intentional insult with intent to provoke breach of the peace), 189 (threat of injury to public servant), and 188 (disobedience to order duly promulgated by public servant).