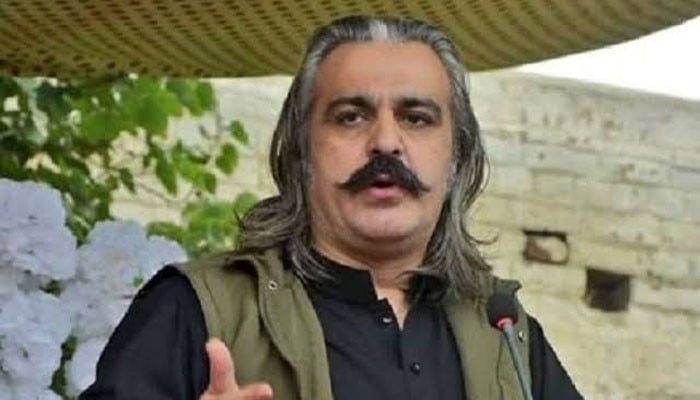 The Islamabad High Court on Monday dismissed 13 cases against PTI leader Ali Amin Gandapur, related to violence amid the party’s long march on May 25 and protests against the disqualification of former prime minister Imran Khan by the Election Commission of Pakistan (ECP).

On May 28, the Islamabad Police registered cases against PTI Chairman Imran Khan and other senior leaders, including Shah Mahmood Qureshi and Asad Umar following riots in the federal capital during the march, at the Aabpara, Kohsar, Tarnol, Lohi Bhair, Ramna, Bhara Kahu and secretariat police stations.

Later, the PTI leaders were booked in separate cases for protesting against the ECP’s decision to disqualify the party chief in the Toshakhana reference.

At the outset of the hearing, the station house officers and investigating officers of about 15 police stations in Islamabad appeared before the court.

Justice Tariq Mehmood Jahangiri issued the order on the PTI leader’s petitions. When a high court serves notices, one should be unable to sleep at night, the justice said while taking a jibe at the police.

Later, Justice Jahangiri accepted Gandapur’s petition for the dismissal of cases against him. Meanwhile, two of the pleas were withdrawn by the PTI leader’s lawyer.