Iman hopes to see David Bowie again: ‘If there is an afterlife, I’d like to see my husband’ 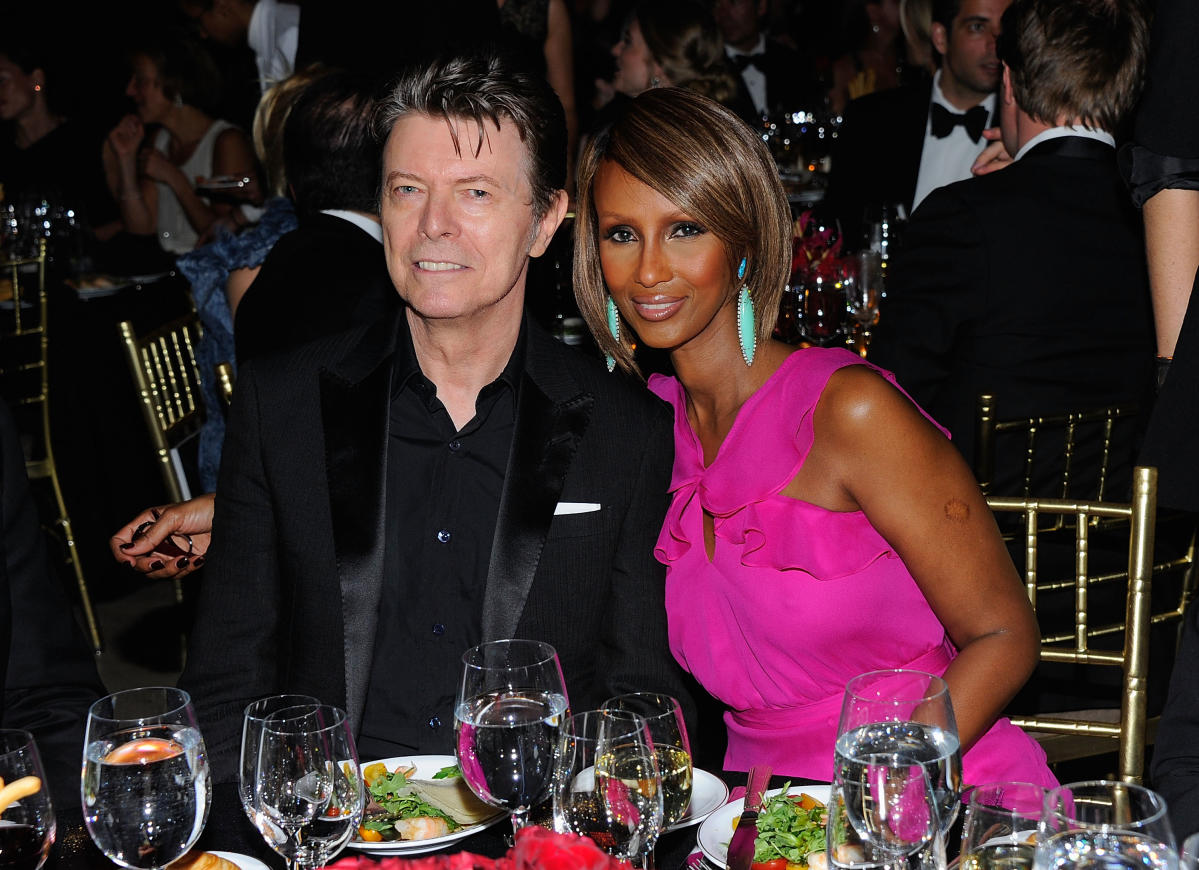 David Bowie and Iman have one of Hollywood’s rare love stories, and although it’s been almost seven years since his death, the supermodel can’t see herself with anyone else. Iman spoke with Hoda Kotb about their romance and said she thinks of Bowie “every day and every minute.”

“I have a necklace I’m wearing under here that has his name on it… I’ve worn it since that first week after David passed away,” Iman shared on Wednesday’s SiriusXM Today Show Radio special. “I think of him all the time.”

Iman, who wed Bowie in 1992, went on to say how it bothers her when people refer to the icon as her “late husband.”

“Don’t call my husband ‘late.’ He’s not my late husband. He’s my husband. And he’ll always be,” she declared. “I think if you’re lucky, you’ll experience [a love] like that, you know what I mean? It’s luck and I was lucky.”

Bowie’s death in Jan. 2016 shocked fans as he passed away following a secret battle with cancer at age 69. The English songwriter and Iman share one child, daughter Lexie, who is now 22. Iman said that despite her husband’s legendary career, she always knew family always came first in his mind.

“Because he always made time and he chose towards the end not to tour… and stay at home,” she told Kotb. “He really, really paid every attention to the family… at the end of his days he could say, ‘I’ve given them all I have.'”

Iman, who was promoting the upcoming documentary Supreme Models: The Story of Iconic Black Women Who Revolutionized Fashion, smiled as she recalled Bowie’s sense of humor.

“We laughed a lot,” the trailblazing model shared. “We danced a lot in the living room… not to his music!”

At one point during the interview, Iman noted that Bowie “wooed me properly,” sending her flowers and even greeting her (at the gate!) at the airport. But it was one small gesture that won her over.

“Really what did me in is we were walking down he street and my shoelaces came undone and he got on his knees to tie the shoelaces,” she remembered. “I was like that’s David Bowie tying my shoelace!”

Although Iman already found the love of her life, Kotb asked if she’s open to “more love.”

“I’m always open to love. I just don’t know if I’m open to that kind of a relationship. It’s only been six years, so I’m not open to it now,” Iman replied. “It feels like sometimes a blink and sometimes a hundred years.”

Iman thinks of Bowie when she watches sunsets in upstate New York, and said she feels “the presence of God.”

“Do you still have something you’re wanting, you’re wishing for?” Kotb asked?

“Yeah, if there is an afterlife, I’d like to see my husband again,” Iman replied. “That’s the one I want. And don’t make me cry.”