Immigration Is The First Big Intraparty Struggle Of The Biden Era 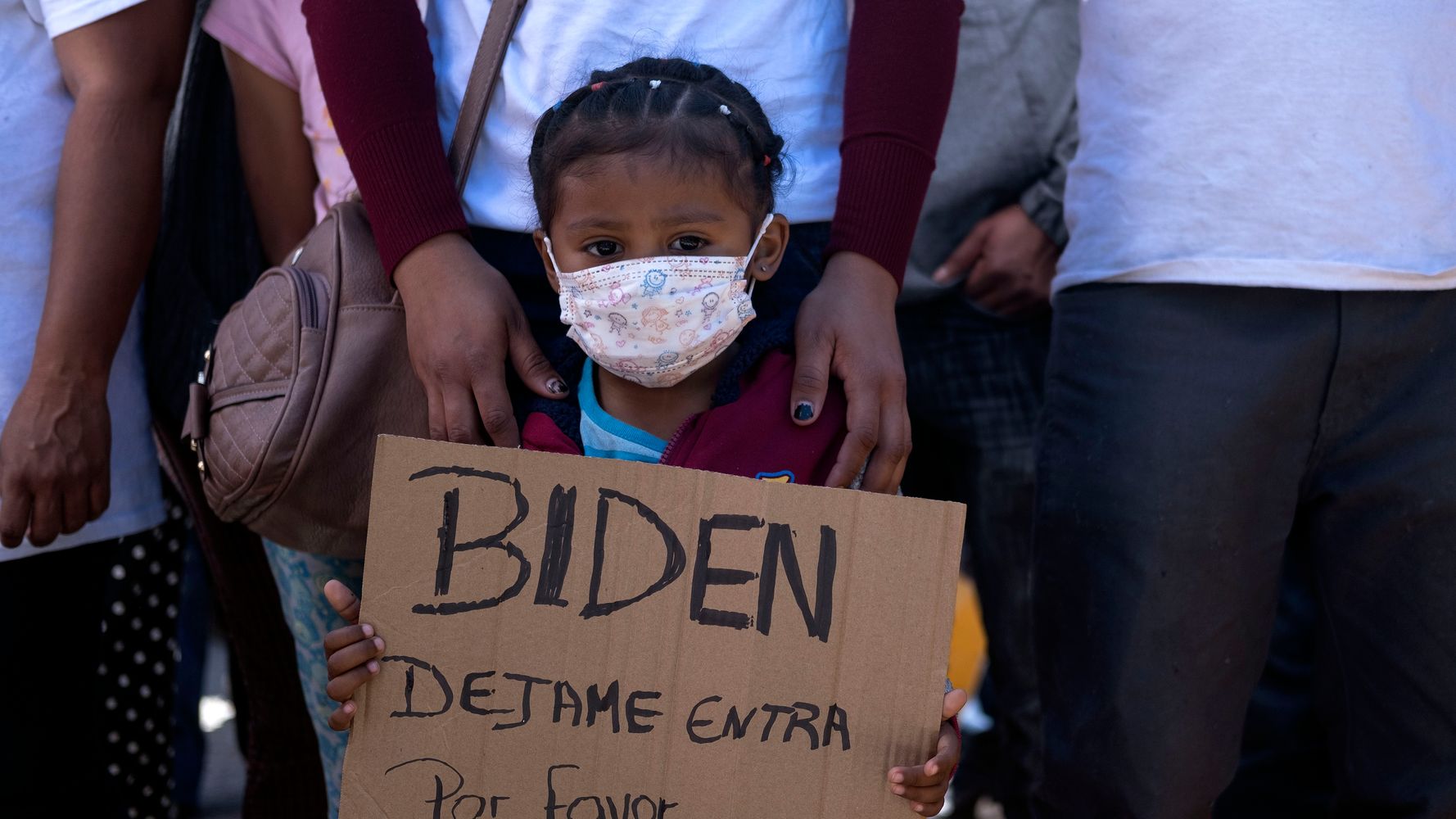 President Joe Bidenâ€™s administration is struggling to deal with an increase in migrants attempting to cross the U.S.-Mexico border and Republicans who insist itâ€™s all Democratsâ€™ fault, further complicating an already murky path for overhauling the countryâ€™s immigration system.Â

On Thursday, the House passed legislation giving a pathway to citizenship to the young undocumented migrants known as â€œDreamersâ€ and to 400,000 immigrants living with temporary protected status, as well as a separate piece of legislation granting legal status â€• but not citizenship â€• to millions of undocumented farmworkers.Â

But making either of those bills a legal reality â€• never mind potentially crafting a large-scale deal with the GOP to grant legalization to millions of other undocumented immigrants â€• looks increasingly difficult. Democratic aides, legislators and operatives are divided on what path to take, and most Republicans are more interested in turning the border crisis into a winning political issue than in seeking out compromise.Â Â

â€œWhile the situation at the border does need its proper attention and response, letâ€™s not get distracted here,â€ said California Sen. Alex Padilla, who has pushed other Democrats to pass immigration legislation since taking office earlier this year. â€œI think this underscores the urgency for a long-overdue change in immigration policy.â€Â

After the relatively smooth passage of the popular $1.9 trillion American Rescue PlanÂ for coronavirus relief, this past weekâ€™s actions on immigration show how Biden and Democrats could struggle to make large parts of their agenda a reality as fresh crises appear and their razor-thin congressional majorities fail to overcome a united Republican party.Â

The situation at the border is clearly pulling focus from broader reform efforts. Biden administration officials held a conference call with reporters on Thursday not to discuss the path forward for legislation â€• but to address their efforts to deal with a surge of migrants that began under Donald Trumpâ€™s presidency.

U.S. officials encountered migrants crossing the border with Mexico more than 100,000 times in February, the first time since 2019 that migration was that high, and families and unaccompanied children made up 29% of that mix â€• a sharp increase since the end of Trumpâ€™s presidency.Â Â Â

There are now more than 14,000 migrant children in federal custody, and the Department of Health and Human Services â€• which is responsible for caring for child migrants apprehended without their parents â€• is struggling to find adequate shelters amid the COVID-19 pandemic. Administration officials said on the conference call it could take months to find them acceptable accommodations.

â€œThey are sending the message that anyone who makes the dangerous journey to cross the border will be rewarded,â€ McCarthy said in a speech on the House floor on Thursday, later accusing Democrats of â€œwasting time on a bill that could not be less timely or targeted to the issue at hand.â€Â Â

â€œDeterrence and language alone are not sole factors of migration decisions,â€ the official continued.

There are many Republicans who donâ€™t want us to fix this broken immigration system. Theyâ€™re going to their biggest red meat issue. This was Trumpâ€™s play all the time, over and over and over again.
Former Housing and Urban Development Secretary JuliÃ¡n Castro

Still, there appears to be some effort from the Biden administration to tell migrants to stay away. Biden himself delivered a message in an interview with ABC News. â€œI can say quite clearly: Donâ€™t come over,â€ he said, reiterating that most adults and family are being sent back across the border or to their home countries.Â

Former Housing and Urban Development Secretary JuliÃ¡n Castro, who ran for president on one of the most liberal immigration plans in decades, told reporters that Republicans were using the border crisis to derail the push for immigration reform and to distract from the Biden administrationâ€™s popular COVID-19 relief package.Â

â€œThere are many Republicans who donâ€™t want us to fix this broken immigration system,â€ Castro said on a conference call while reiterating that he hoped many immigration measures could earn bipartisan support. â€œTheyâ€™re going to their biggest red meat issue. This was Trumpâ€™s play all the time, over and over and over again.â€Â

Republicans are largely unified in their opposition to broader immigration reform, with four years of defending Trumpâ€™s hard-line policies under their belts. The GOP, which faces internal splits over how to deal with Trump, national security and economics, sees relatively little dissent on immigration issues.Â

â€œThe Biden administration is creating chaos where there was order,â€ South Carolina Sen. Lindsey Graham, one of the Republicans who led negotiations during the last major attempt to pass a comprehensive immigration reform bill, said during a press conference on Wednesday. â€œThe only way weâ€™ll be able to sit down with our Democratic colleagues is for us to regain control of the border.â€

While Democrats were united on both bills that passed Thursday, two Latino members of Congress from South Texas â€• Reps. Henry Cueller and Vicente GonzÃ¡lez â€• had warned of the pending migrant surge. Other moderate Democrats, like West Virginia Sen. Joe Manchin, have not been shy about calling the situation a â€œcrisisâ€ â€• a term White House officials have made a point of avoiding.Â

The Biden administration sought to make a big splash on immigration, releasing a comprehensive bill â€• although one without the improvements to border security Republicans would like to see â€• on his first day in office.Â

But there are divisions among Democrats on how to move forward on immigration. Illinois Sen. Dick Durbin, a member of Democratic leadership, told reporters earlier this week he did not think there were votes to pass a comprehensive immigration reform bill this Congress.

Padilla has pushed for Democrats to use the budget reconciliation process â€• which only requires 50 votes in the Senate rather than a filibuster-mandated 60 votes â€• to adopt a path to citizenship for undocumented immigrants who did essential work during the COVID pandemic. He said he would like to start with a comprehensive proposal and turn to a piecemeal approach if it fails.Â

â€œIâ€™m for getting as much done as quickly as possible,â€ he said. â€œWeâ€™re having those conversations in real time on both sides of the aisle.â€