In Brussels, curfews leave women feeling unsafe on the streets 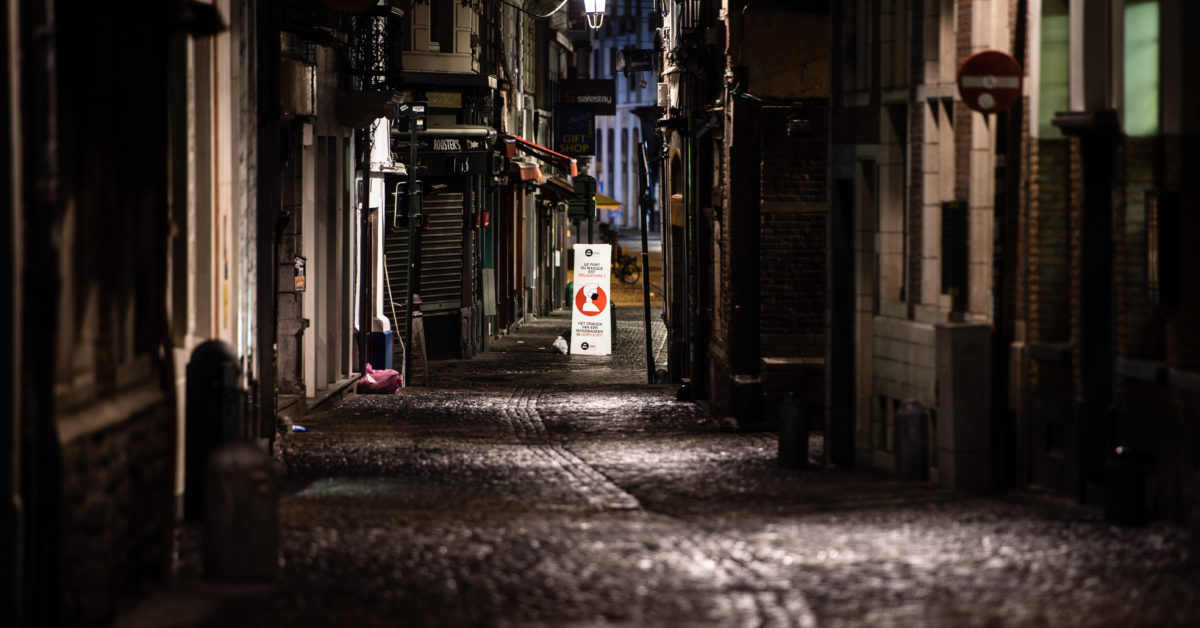 In Brussels, women say nighttime curfews introduced to slow the spread of coronavirus have a serious downside: empty streets mean there is no one to call out to for help if you feel at risk of harassment or assault.

Rules currently in place in the Belgian capital prohibit people from leaving their homes between 10 p.m. and 6 a.m. unless they have essential business to attend to such as urgent medical treatment or a commute to work.

Some women say that when they make such journeys, they are now confronted by an unnerving prospect of dark, empty streets, devoid of the usual hustle and bustle of a Brussels evening.

With the curfew â€œitâ€™s true that the feeling of insecurity, as a woman, has increased,â€ said AurÃ©lie Demesse, a journalist at a Belgian daily. â€œIf someone attacks me now, there are even fewer people around who will be there to help or react.â€

Sophie Rohonyi, a Belgian MP with the DÃ©fi party, said: â€œItâ€™s really the lack of people that makes you insecure, and itâ€™s true that itâ€™s specific to the curfew.â€

Concerns over womenâ€™s safety during the pandemic began to surface early in the first wave of the coronavirus last year, and by April 2020, women were taking to social media to denounce the increased catcalling they were experiencing during the very few â€œessentialâ€ trips out that lockdown rules allowed them to take.

They also denounced messages legitimizing rape, following postings by some men â€œwarningâ€ that they might assault women as the lockdown progressed.

The introduction of the nightly curfews made the growing feeling of insecurity for women in Brussels even worse, said Mariam Harutyunyan, an entrepreneur and founder of KinArmat, a Belgian streetwear brand focused on empowering women.

â€œIn pre-corona times, vigilance was a must,â€ she said. Now, â€œwith fewer people on the streets, there are fewer crowds to turn to when you feel unsafe, and because of the curfew, people go home early, which means the streets are even emptier. This was worse during the autumn and winter, as short days meant you couldnâ€™t really get home before sunset,â€ she said.

The issue of womenâ€™s safety on the streets of European cities has come into sharp focus recently following the disappearance and suspected murder in London of 33-year-old Sarah Everard. In response to that case, hundreds of women shared n social media their avoidance strategies to pre-empt harassment in public spaces. This in turn ignited a debate in the U.K. over whether the government there has done enough to tackle violence against women.

Brussels has its own history of violence and harassment against women on its streets. In 2012, Sofie Peeters, a journalist, produced a documentary on the comments she faced as she walked through the city, triggering a debate over sexism in the country.

Statistics suggest this reflects a broader problem in Belgian society, with a survey by the charity Plan International from 2019 showing 91 percent of Belgian women have been victims of sexual harassment at least once in their lives.

However, police data also suggest that much of this harassment goes unreported: in 2019, 71 complaints were made in the entire country; in 2020, the figure was even lower with only 40 complaints filed.Â

Some victims of harassment say they donâ€™t feel it is worth reporting what they have suffered as they donâ€™t think anything will be done about it by the authorities, despite a tightening of laws against such crimes in 2014.

They say the frequency of the harassment and the difficulty they see that the police have in finding the perpetrators make them feel reporting is not an option. Â

â€œWhen I tell my daughters about going to the police to report public harassment, they refuse as it would otherwise be a weekly occurrence,â€ said Khadija Zamouri, a Flemish liberal MP in the Brussels parliament.

The rising concern about the effects of curfews on womenâ€™s safety during lockdown has yet to trigger much of a debate in Brussels, but there are signs that citizens are becoming increasingly prepared to take a stand over the broader issue of womenâ€™s safety in public spaces.

In January, 11,000 people signed a petition asking authorities in the cityâ€™s Etterbeek area, where many EU institutions are based, to make Parc du Cinquantenaire and its surroudings safer.

â€œIf Brussels â€” the heart of the European Union â€” cannot protect women from being raped on a monthly basis â€¦ what hope is left for womenâ€™s safety elsewhere,â€ the petition read.

In response, the police zones of Etterbeek and City of Brussels, which share responsibility for the park, put together a plan to better coordinate their patrols and improve lighting and signage of the access and exit routes in the park.

While itâ€™s too early to assess the results of the new policies, this approach has already proved beneficial in other Belgian cities, such as in LiÃ¨ge, according to police there.

Brussels authorities have also sought other solutions to counter street harassment, beyond changing the physical environment.

Plainclothes police patrols have now been deployed in what are considered â€œhotspotsâ€ for harassment and assaults such as public transport stations and town squares.

â€œIn certain places, almost 80 percent of women no longer dare to come for fear of harassment, hence this project,â€ said Belgian Minister of Justice Vincent Van Quickenborne. â€œWe want to guarantee women and girls that they can go where they want.â€

Womenâ€™s rights advocates welcome the moves, but they also say more needs to be done both to prevent crimes against women and deal with those who carry them out.

Lydia Mutyebele, a socialist city alderman responsible for equal opportunities, wants to see a wider range of responses when the authorities prove a case against a perpetrator.

The measures taken against harassment, for example, should not only be punitive, she said, they should also aim to raise awareness of how harassment affects women.

â€œFor example, perpetrators could be allowed to exchange their fine for a course on how to respectfully treat women,â€ she said.