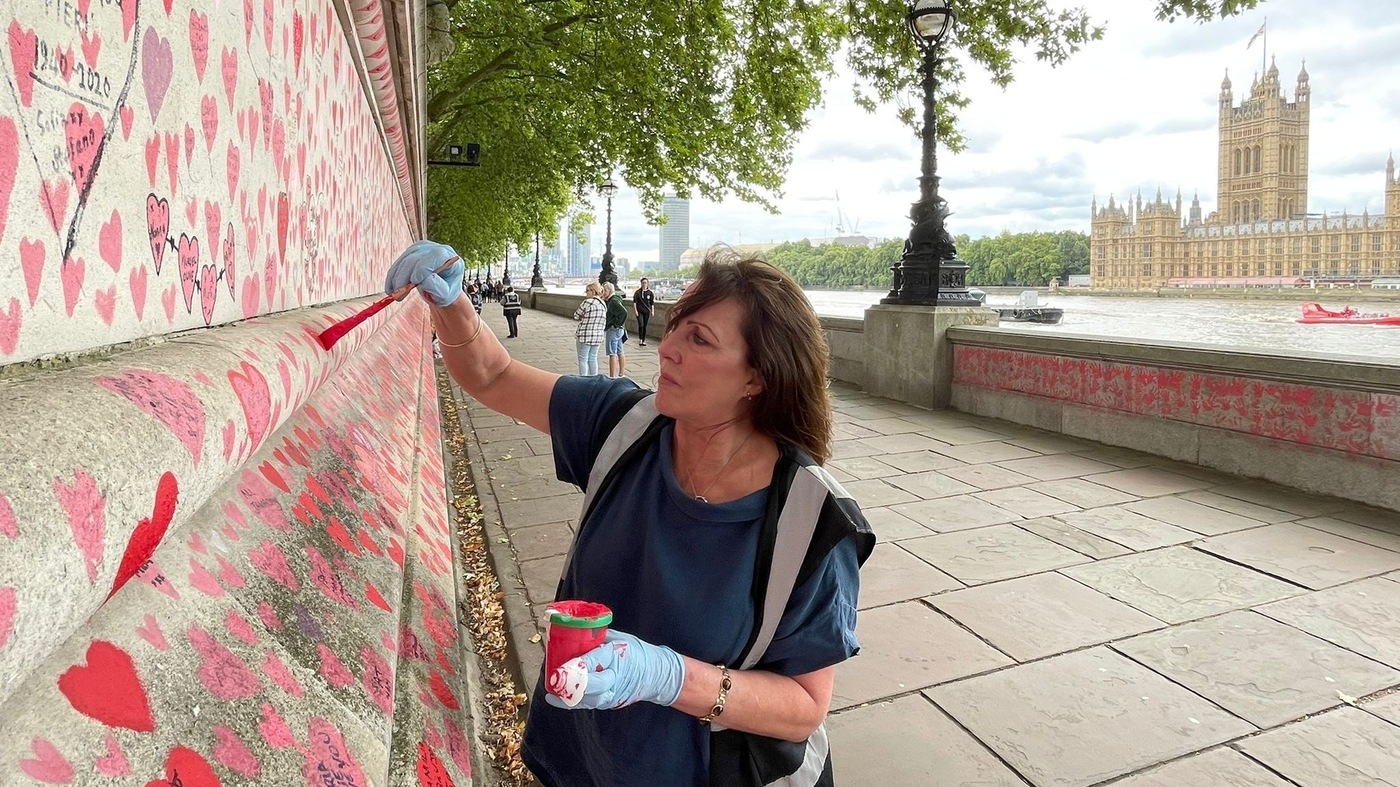 Fran Hall paints hearts on a memorial in London dedicated to people who have died from COVID-19. She and other activists are pushing for the British government to investigate its handling of the pandemic.

Fran Hall paints hearts on a memorial in London dedicated to people who have died from COVID-19. She and other activists are pushing for the British government to investigate its handling of the pandemic.

LONDON — Government-sanctioned memorials to the victims of COVID-19 may be years away, but in Europe, some people are making their own. One of the most striking memorials so far is in London, where volunteers have painted more than 150,000 red hearts on a wall along the south bank of the River Thames.

People stop to write the names of lost loved ones inside the hearts along with messages as a way to remember and make sense of huge loss of life in the United Kingdom.

“We were hearing the numbers were going up 40,000, 50,000, 60,000, and it lost meaning,” says Fran Hall, who was touching up hearts with a paint-brush one day last month. Hall, who volunteers with the group behind the unofficial memorial — Covid-19 Bereaved Families for Justice UK — lost her husband, Steve Mead, to COVID-19 three weeks after they were married.

The group, which began painting the hearts in March, chose a wall across from the British Parliament and is pressuring the government to start an inquiry into its mishandling of the pandemic.

Many criticized British Prime Minister Boris Johnson for moving too slowly to address the pandemic when it emerged in the early months of 2020. Since then, the country’s National Health Service has received high scores for fully vaccinating three-quarters of the country’s adults.

This story originally published in the Morning Edition live blog.