In memoriam: Britainâ€™s many Brexit negotiators 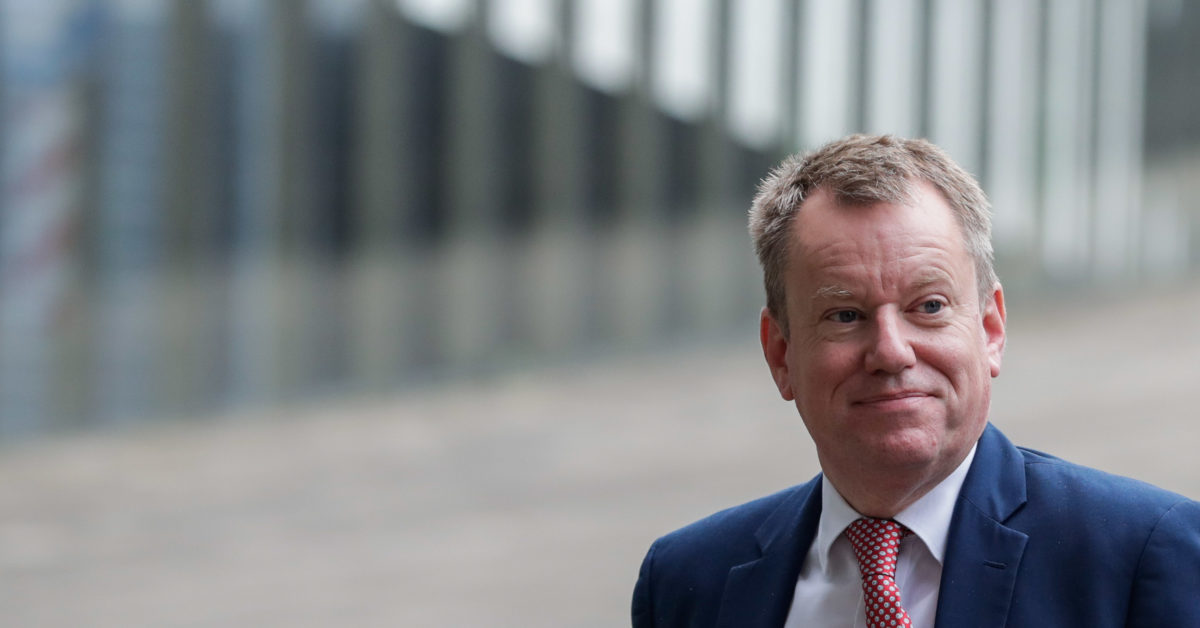 LONDON â€” Spearheading Brexit negotiations for the U.K. is not for the fainthearted.

David Frost, who resigned with immediate effect on Saturday night, is not the first to pack up his bags, leaving the fraught and thankless task of negotiating with the European Union to someone else.

POLITICO takes you through the many guises of the U.K. Brexit negotiator since Britain voted to leave the European Union in 2016. There have been quite a few.

How it started: Former Tory leadership contender David Davis was first in. He was appointed by Theresa May in 2016 to head up the U.K.’s new Brexit department in those heady days when Brexit meant Brexit, and May was being tipped as the modern day Maggie Thatcher.

Davis’ greatest hits included the â€œrow of the summerâ€ that never was â€”Â his realization of the strategic importance of how Brexit talks would be structured, then his decision not to change their format, which was seen as giving EU negotiators the upper hand.

He also took flak for a posed 2017 photo which saw the U.K. team sat without papers opposite the EU’s own negotiator Michel Barnier â€” who had his briefing papers piled high.

“Nobody has ever pretended that this will be easy,” Davis said in the House of Commons in September 2017. “I have always said that this negotiation will be tough, complex and, at times, confrontational.”

How it ended: Davis quit in July 2018 after he was pretty much sidelined by May, who decided to take Brexit matters into her own hands. It was the ill-fated Chequers blueprint, outlining May’s proposed Brexit deal, which was the final straw for Davis. He said at the time it was “giving away too much and too easily” to the EU.

How it started: Even before Davis flounced out of the U.K. government, Olly Robbins was seen as May’s real Brexit man. A senior civil servant tipped for the top, he started his Brexit journey in the dual role of permanent secretary of the Department for Exiting the EU and May’s top European adviser. He effectively became the U.K.’s top negotiator in July 2018.

Robbins was respected in Brussels â€” seen as someone they could do business with. But in London, many Conservative MPs thought he had made a compromise too many, and he was the target of several anonymous briefings at the height of May’s Brexit troubles.

Suggestions from one Tory MP that Robbins was behind an establishment plot to thwart Brexit prompted Britainâ€™s top civil servant to rally to his defense, saying those launching anonymous attacks â€œshould be ashamed of themselves.â€

How it ended: Robbins, who was seen as a key architect of the failed Chequers deal, decided to resign from the civil service when May left office. He took up the Heywood Fellowship at theÂ Blavatnik School of GovernmentÂ in September 2019, later joiningÂ Goldman Sachs.

Two weeks into the new job he was also sidelined and told he was actually deputizing in the negotiations. He was tasked with overseeing domestic preparations while May and Robbins were at the sharp end meeting EU officials.

That didn’t stop him making his mark in the post â€” for all the wrong reasons.

He famously admitted he had not realized the importance of the Dover-to-Calais crossing to U.K. trade. Raab told a business event that customers would have less choice in shops unless the frictionless border was maintained.

â€œI hadnâ€™t quite understood the full extent of this, but if you look at the U.K. and look at how we trade in goods, we are particularly reliant on the Dover-Calais crossing,” he mused.

How it ended: In November 2018, just four months after he was appointed and within hours of May’s Cabinet approving her agreement to leave the EU, Raab resigned He headed to the Tory backbenches to oppose the deal (and consider how he might eventually get May’s job).

How it started: Like Raab, Steve Barclay was tasked with focusing on domestic preparations for Brexit. He was kept on in the job for a time by Boris Johnson â€” but, again, with little in the way of negotiating responsibility.

How it ended: Barclay found himself out of a Brexit job when the Department for Exiting the European Union was closed down after the U.K. formally left the EU. Post-Brexit trade negotiations were handed over to the Cabinet Office. Barclay is a rare Brexit secretary who didn’t leave in a huff, and was rewarded. He is now in charge of the Cabinet Office and a potential name in the frame to replace Frost.

How it started: Johnson turned to his old friend and ally David Frost to negotiate with Brussels when he became prime minister in July 2019. He made Frost his chief adviser and negotiator on Europe. Frost was the architect of the “oven ready” withdrawal deal, which Johnson took to the people in the 2019 election to a resounding victory, and the subsequent free trade agreement, which was signed against the clock on Christmas Eve last year. Frost also signed off on the deal’s controversial Northern Ireland protocol, which he’s now not a fan of.

How it ended (the first time): Johnson had initially lined Frost up to become his national security adviser after Brexit negotiations ended â€” much to the consternation of some in the security community who felt he wasn’t up to that job. It was later decided that Stephen Lovegrove should take on that job and Frost was given another top job in No. 10 heading up a new international policy unit.

How it started: Michael Gove, Johnson’s other half in Vote Leave’s successful Brexit campaign duo, was given the job of co-chairing the EUâ€“U.K. Partnership CouncilÂ â€” the body set up to try to resolve post-Brexit disputes diplomatically under the terms of the trade agreement. He was said to have a good working relationship withÂ European CommissionÂ Vice-PresidentÂ MaroÅ¡ Å efÄoviÄ.

After months of wrangling, Gove reached an “agreement in principle” for issues including border control posts and the supply of medicines with Å efÄoviÄ.

How it ended: When David Frost joined the Cabinet in March, he took over from Gove as chair of the council, and so became the man on the other side of the table from Å efÄoviÄ.

How it (re)started: Frost was appointed to the unelected House of Lords last year, and was given a seat at the Cabinet table as a minister with a wide-ranging brief â€” responsible for both the domestic and international aftermath of Brexit.

He swiftly replaced Gove as chairman of the Withdrawal Agreement Joint Committee, taking on the task of ironing out the outstanding issues â€” particularly resolving the big row over the Northern Ireland protocol.

Frost repeatedly warned that the U.K. was prepared to collapse the talks and trigger Article 16, which allows either side to adopt unilateral measures to protect itself if the Brexit agreement leads to â€œserious economic, societal or environmental difficulties that are liable to persist, or to diversion of trade.â€ As 2021 comes to an end, those issues remain unresolved â€” and his threats have come to nothing.

How it ended: Badly. At the worst possible moment for Johnson, news of Frost’s resignation leaked on Saturday night. And in a hard-hitting letter, Frost said that while Brexit was â€œnow secure,â€ he was concerned about the U.K.’s â€œcurrent direction of travelâ€ when it comes to making the most of Brexit. He made it known he was not impressed with wider aspects of government policy too â€” namely the government’s COVID-19 plans, and recent tax rises. Don’t bet against a third act, though.

How it started: Liz Truss, already the foreign secretary, will have a lot more on her plate now she’s been put in charge of U.K.-EU talks.

A darling of the Conservative grassroots and a contender for future prime minister, Truss takes on the brief after Frost ended the year with no big breakthrough on the way controls are implemented on goods moving from Great Britain to Northern Ireland.

There had been signs London was ready to drop a key demand for the Court of Justice of the European Union to have oversight of the Northern Ireland protocol in a bid to make progress â€” but that’s a move that that would be deeply unpopular with Brexiteer Conservative MPs who Truss might need to back her in any future Tory bid. Frost had made it a red line.

Truss will also have to decide whether to keep the threat to trigger Article 16 on the table. Such a dramatic move could have huge foreign policy implications. U.S. President Joe Biden has already made it clear Johnson should not pull the plug on the Northern Ireland protocol.

Truss’s appointment also shows the departmental dance over who exactly in Whitehall takes responsibility for Brexit talks. Some argued the Foreign Office with its embassies and existing network of diplomats should have been put in charge of Britainâ€™s future relationship with Europe from the off. Now Truss will have a chance to prove or disprove that theory.