In Pictures: 25 years since Srebrenica genocide 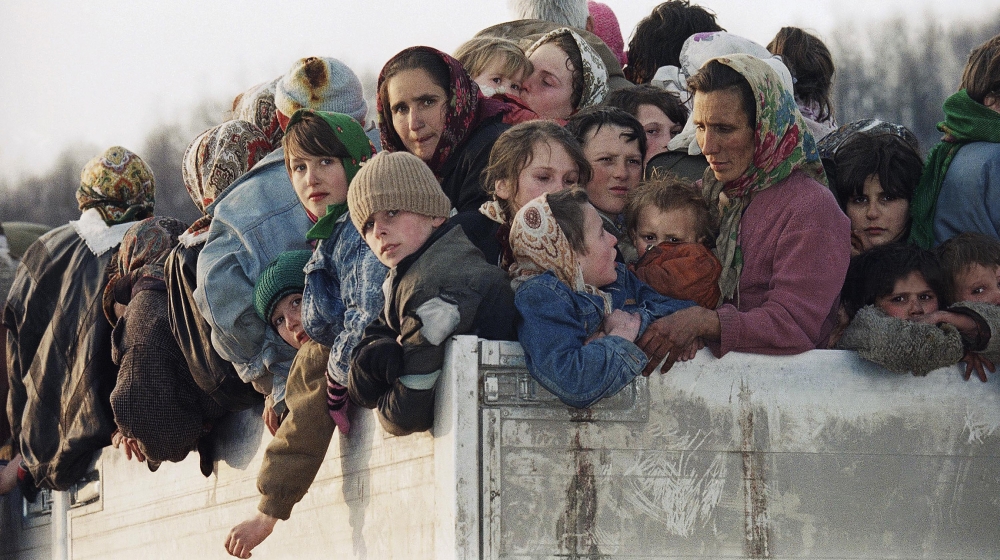 It has been 25 years since the slaughter of men and boys in the eastern Bosnian town of Srebrenica, but every year more bodies are found and reburied, and every year the survivors – mostly women – return to commemorate their fathers and brothers, husbands and sons.

At least 8,000 men and boys,Â mostly Muslim, were chased through woods in and around Srebrenica by Serb troops in what is considered the worst carnage of civilians in Europe since World War II. The slaughter has been classified as an act of genocide.

The Bosnian war pitted the country’s three main ethnic factions – Serbs, Croats and Bosnian Muslims – against each other after the break-up of Yugoslavia. More than 100,000 people were killed in the conflict before a peace deal was brokered in 1995.

What took place in Srebrenica was a mark of shame for the international community as the town had been declared a United Nations’ “safe haven” for civilians in 1993.

When Bosnian Serb forces broke through two years later, about 15,000 Bosnian Muslim men and boys fled into the woods. Twice as many terrified residents rushed to the UN compound in what was formerly an industrial zone at the entrance toÂ town, in the hope that Dutch UN peacekeepers would protect them.

However, the outgunned peacekeepers watched helplessly as Serb troops took about 2,000 men and boys from the compound for execution, while bussing the women and girls to Bosnian government-held territory.

Meanwhile, in the woods around Srebrenica, Serb soldiers hunted the fleeing Bosniaks, as Bosnian Muslims are otherwise known, killing them one by one.

The killers sought to hide evidence of the genocide, piling most of the bodies into hastily made mass graves, which they subsequently dug up with bulldozers and scattered the bodies across numerous burial sites.

In the years since, bodies have been unearthed and the victims identified through DNA testing. About 1,000 victims remain to be found.

A special UN war crimes tribunal in The Hague and courts in the Balkans have sentenced close to 50 Bosnian Serbs, including their top civilian war-time leader, Radovan Karadzic, and his military commander, Ratko Mladic, to more than 700 years in prison for Srebrenica crimes.