In Poland, where is Frontex? 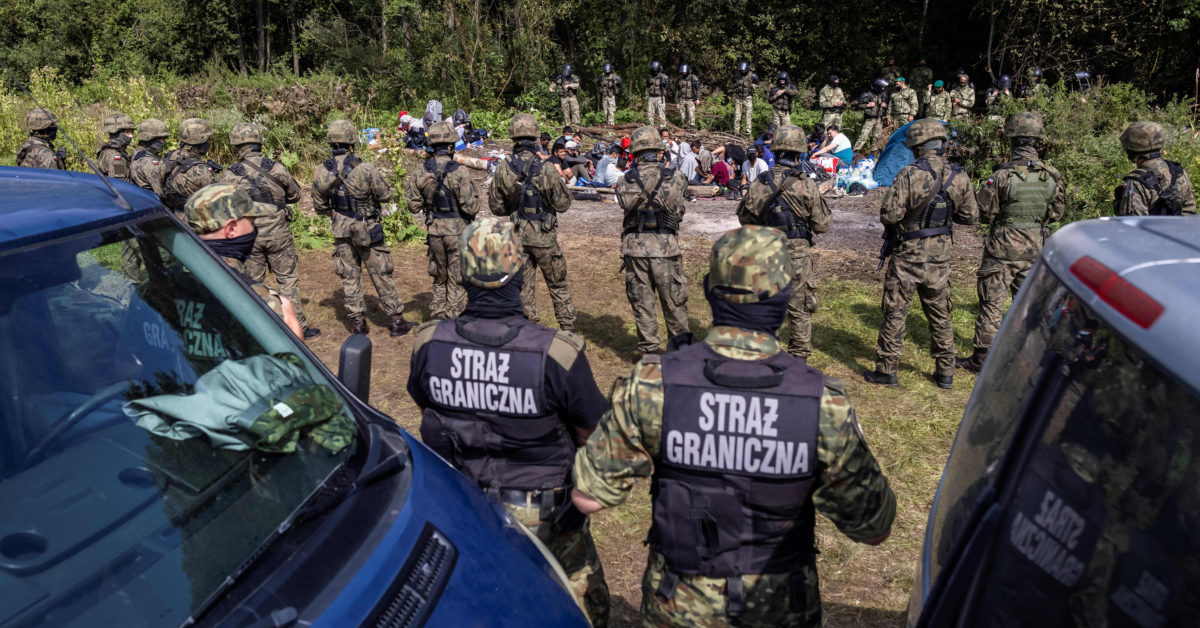 A few days ago, a former colleague from the Ombudsmanâ€™s office carried a three-year-old child out of the forest in his arms. If he had not found and taken care of him, or forced the border guards to register him, the child and his family would have been pushed back from Polish territory without any guarantee of safety by Belarussian authorities. Or, as NGOs and volunteers have been reporting, they would have simply been left in the forest to face certain death.

This is but a brief glimpse into what is really happening on Polandâ€™s Belarus border right now, and what the pushback procedure really looks like. As the humanitarian crisis gets worse with each passing day, the governmentâ€™s continued silence means it is sacrificing human lives in the name of internal political goals. Yet, migration policy and the management of external borders are also within the scope of the European Unionâ€™s operations. And EU institutions and agencies, including Frontex, simply cannot ignore this problem any longer.

Due to the state of emergency introduced three months ago, the Polish government no longer allows anyone access to the 3-kilometer exclusion zone in the Podlasie forests, just along its border with Belarus â€” no journalists, no volunteer medical doctors. NGOs are trying to help those who manage to cross this strip of land, but if the migrants are caught by border guards, they are pushed back into Belarusian territory without registration or guarantee of security.

Despite what government officials might sometimes suggest, these migrants crossing our borders are not terrorists. These are people with different motivations for fleeing their country, and they must be vetted through legal, law-abiding procedures â€” but given the situation, none of them are able to do so.

Against the clearly expressed positions of the UN Human Rights Office and NGOs like Amnesty International over pushbacks, as well as demands from the European Court of Human Rights for the provision of support at the border, the actions and policies of the Polish government in this area remain non-transparent.

In this situation, one should be able to count on EU agencies like Frontex to closely monitor the situation and intervene in crises. But instead, Poland has declared that it does not need Frontexâ€™s help.

Even though member countries retain the primary role, European integrated border management is the shared responsibility of national authorities and Frontex. The agencyâ€™s regulation clearly states that member countries ensure the management of their external borders and the enforcement of return decisions in close cooperation with Frontex and that this should be done in full compliance with EU law â€” including respect for fundamental rights. And this is especially the case when critical security and risk levels are attributed to one or more external border sections, as it currently is in Poland.

Due to some questionable practices by Frontex as it assisted countries in southern Europe, such as Greece and Italy, in limiting the flow of migrants across the Mediterranean, a special code of conduct has been created to protect borders as well as fundamental rights. And in response to allegations, Frontex has also created the role of a fundamental rights officer, who is responsible for keeping an eye on those who guard the borders and limiting potential human rightsâ€™ violations.

Where are these officials and procedures now in Poland?

In early October, Frontex Executive Director Fabrice Leggeri appeared at the Poland-Belarus border and stated that he was impressed by the attitude of the Polish authorities. Just three weeks later, however, authorities stated that they did not need Frontexâ€™s assistance in terms of border surveillance and that 7,000 border guard officers were stationed there. They were, however, willing to cooperate with Frontex on the readmission program, returning migrants to their countries of origin.

But in the absence of any possibility of verification, and in light of firsthand accounts, how can we believe any of these official positions?

In mid-October, the European Commissioner for Home Affairs Ylva Johansson expressed concern about the situation at the border, especially that families with children were reportedly stuck in the forests. She swiftly announced talks with the Polish authorities, but it seems the talks have so far been fruitless. Only in an interview with Die Welt in late October did Johansson express the need for more transparency, provide Frontex with access to the border and say that the construction of the border wall between Poland and Belarus would not receive support. Whether this is the start of real political pressure, we will soon see.

Furthermore, the countryâ€™s ongoing rule-of-law crisis means that the role of parliament in Poland has been marginalized, and there is limited government accountability when it comes to abuses of law. For example, the Ombudsman has exclusive access to the state of emergency zone but, even in case of finding abuses, is restricted from publicly speaking about violations. This is because the law introducing the state of emergency provides criminal penalties for disclosing any facts relating to the situation at the border.

This should have sounded alarm bells at Frontex long ago. And when compared with Lithuania or Latvia, where there is official observance and access to data, why are Frontex and the European Commission accepting this humanitarian crisis so quietly?

Principally, it should be the member country asking for Frontex assistance and cooperation, but in this case, political pressure is necessary. Without it, evidently no such request will be made by Polish authorities.

Polandâ€™s borders are external EU borders. And the European Commission cannot just give carte blanche to authorities and ignore the continuous use of pushbacks and collective expulsions. It cannot ignore the dire conditions of migrants and children, now living somewhere in the Polish forests, without food, fresh water or medical assistance. What kind of community is this if human dignity is overlooked by the very institutions that are supposed to uphold these rights?

In the Podlasie forests, there is a race against torture, hunger and suffering every day, and we have reached the point where the Ombudsmanâ€™s officers are fighting â€” sometimes even physically â€” to guarantee the protection of dignity and the right to life for every person in Polish territory.

The practice of pushbacks by Polish authorities constitutes a grave human rights violation, and the EUâ€™s negligence in action means co-responsibility for violations of the EU Charter of Fundamental Rights. And we can no longer sit by.