India needs to focus on governance structure over next 25 years: BS Panel 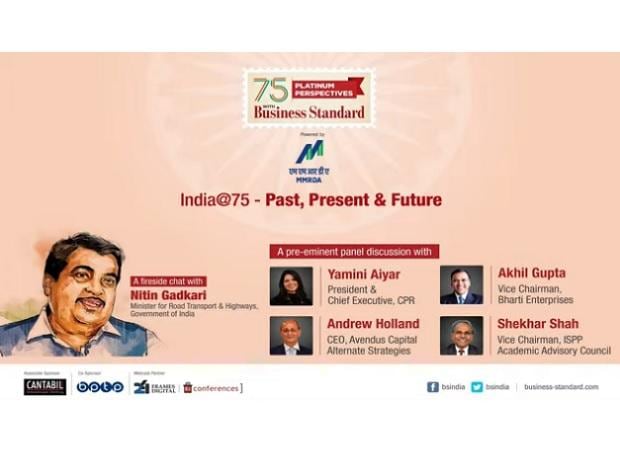 After 75 years of independence, India is faced with huge opportunities primarily due to its democracy, rule of law, and institutions. However, it has to deal with many challenges as well, especially in health, education, governance structure and taking advantage of its demographic dividend.


The topic of the discussion was India@75 – Past, Present and Future.


Gupta said that in the period from independence to pre-liberalisation, the environment was not really conducive for the private sector as many of the decisions taken were detrimental to corporate sector growth, such as bank nationalisation.


“When we should have been thinking of more private sector participation, we went the other way,” Gupta said.


The post liberalisation era from 1991 to now has been different, Gupta said. “The 1990s was a turning point for Corporate India,” he said, adding that one sign of it has been new entrepreneurs dislodging old generational businesses in many sectors.


Gupta said it was the intertwining of democracy and business reforms that led to normal entrepreneurs getting a chance as some traditional businesses could not keep pace with the times.


Going ahead, over the next 25 years, what is required is more capital expenditure and investment, he asserted, saying, “We need deeper debt markets. Equity markets are fine, but debt markets need to become stronger.”


Gupta added that the fear factor created by government, investigative agencies and courts needs to be managed.


Aiyer said one of India’s biggest achievements since 1947 has been embedding the idea of democracy at a time when the whole world was sceptical.


“But the issue has been that democracy deepened only on the electoral front, but on the federalism front, the Centre slowly gained more powers compared to the state. Emasculation of states started happening well before liberalisation,” Aiyer said.


Aiyer said that the robustness of democratic and regulatory institutions weakened after liberalisation, and society has, as a whole, stopped caring for robust institutions.


She said that going ahead, while factor market reforms are important, the thinking of how to deal with them needs to be different. “How can you bring effective land reforms when that one acre land is the only safety net that an unorganised construction sector worker has,” said Aiyer.


Aiyer said investing in an accountable and capable state would be the biggest challenge over the next 25 years. She added that while most of the administrative discussions have been held around the central cadre services, a massive investment in skill, training and improvement of state level and grassroots bureaucracy would be much more important.


Shekhar Shah (On the Economy)


Shah said based on the needs of the times, India adopted a Soviet-style economic framework, believing in the power of the State. He said policymakers were too optimistic on delivery of welfare like health and education.


“High growth has been the leitmotif of the past 30 years. We learnt a lot about the ability of India to compete, and the inability to take dividends from a high growth period,” Shah said.


He pointed to agriculture as a major pain point for the productivity of the economy, saying that a sector which contributes 15 per cent to GDP employs more than 50 per cent of the working population.


“The 1991 reforms liberalised product markets. But we could not reform the factor markets,” he said, adding that inequality has increased exponentially during the post liberalization period.


“We are in uncharted waters in terms of the global economy. The war has thrown up a host of new challenges and possibilities. It is important to manage our fiscal and external economy fundamentals,” he said.

Holland said that while Indian markets weren’t on the radar pre-liberalization, now it is part of every big institutional investor.


“India moved from agriculture to services and missed out manufacturing altogether. It took India 60 years to become a $1 trillion economy. The next two trillions came in seven years each,” he said.


Holland said that it is good that scams are reducing over time, in concurrence with developing institutional integrity. Going ahead, Holland sees India’s young population as its biggest plus point. He also said that while Indian markets cannot be decoupled from the rest of the world, it will still be okay compared to other markets.