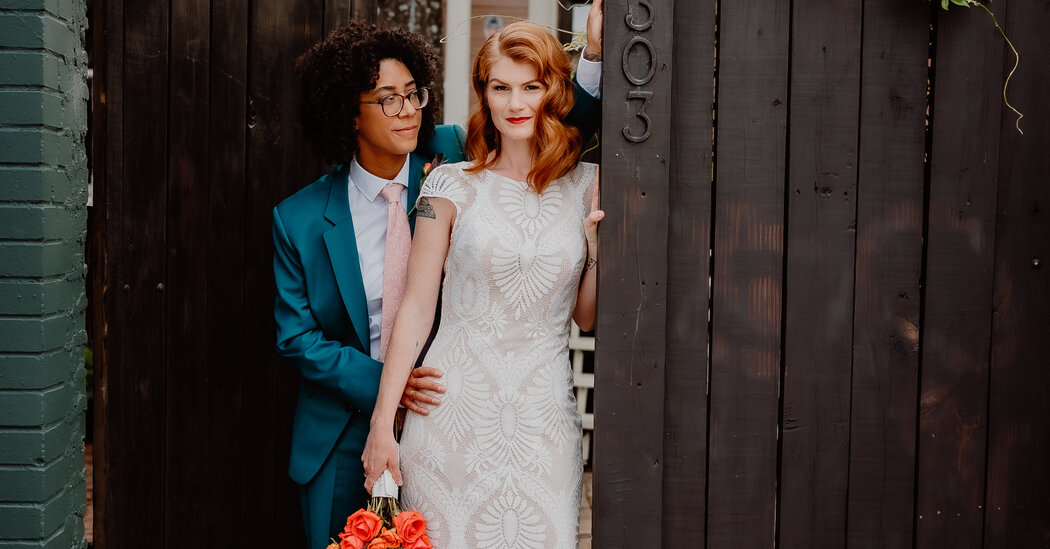 Then came their joint tattoo session, but not before their first kiss. “We were excited and giddy,” Ms. Thompson said.

After that, Wednesdays became their regular date night at the Mean Eyed Cat. They also began to take the children on regular outings — to the splash pad in the park, on picnics or to the pool at Ms. Thompson’s apartment complex just outside Austin.

By mid-July 2019, “We made the relationship official,” Ms. Thompson said.

That December, they broke up for about a month, the first of three breakups. “Jeni needed a little space, but we were still in contact,” Ms. Thompson said.

The following year, after a weeklong breakup in June 2020, the two got another set of tattoos in October featuring their and their children’s birth month flowers: Ms. Pandolfi’s included roses, for her and Beau, and Ms. Thompson’s included lily of the valley, for Juniper, and marigold for herself.

She proposed to Ms. Pandolfi weeks later on Nov. 11, 2020, at a local Airbnb — a converted garage where Ms. Thompson set up battery-powered candles, red wine and charcuterie.

In 2021, after a breakup from February to June, Ms. Thompson proposed on Nov. 11, a year to the day after Ms. Pandolfi had proposed to her. At the Sekrit Theater, an Austin events space, Ms. Pandolfi had arranged for a marquee inside a greenhouse to read: “Marry me.”