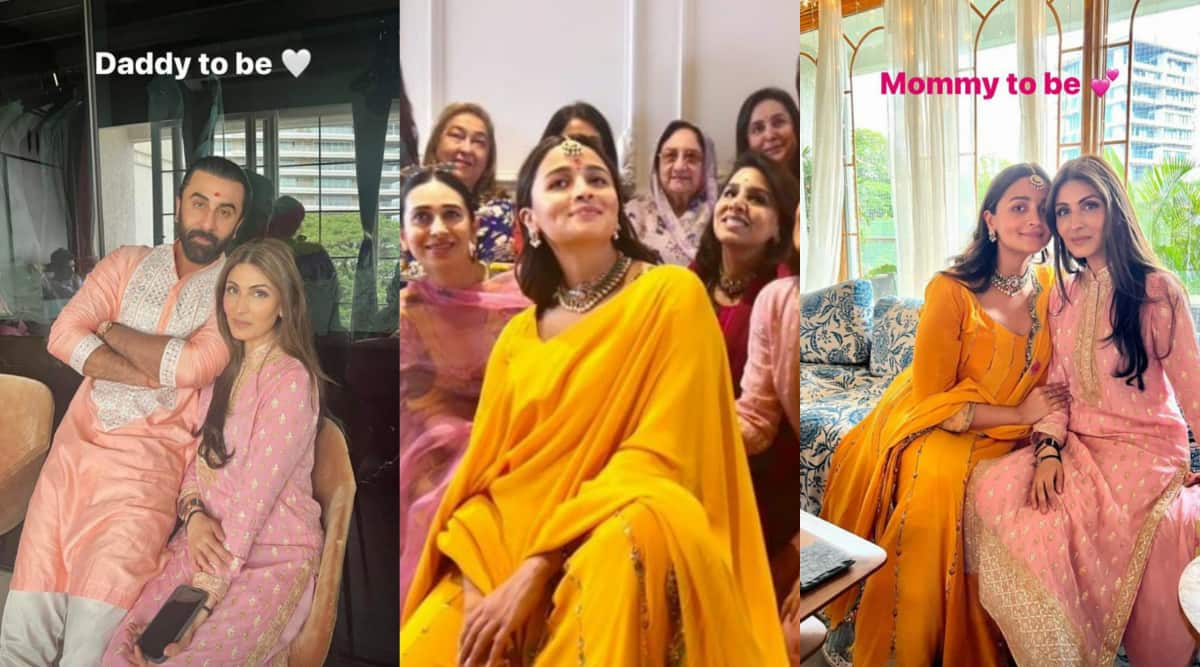 Alia Bhatt and Ranbir Kapoor are expecting their first child. The actors, who are basking in the success of their latest film Brahmastra, hosted a baby shower on Wednesday. Alia’s sister Shaheen Bhatt, Ranbir’s mother Neetu Kapoor, sister Riddhima Kapoor Sahni, cousin Karisma Kapoor and grandmother Neila Devi arrived at the couple’s Mumbai home Vastu for the baby shower, which is also where the couple got married. Ayan Mukerji, who directed Brahmastra, also attended the event. Alia’s close friends Anushka Ranjan and Akanksha Ranjan were present too.

Riddhima took to Instagram and shared pictures from the baby shower. She captioned the pictures with Alia and Ranbir as ‘Mommy to be’ and ‘Daddy to be’.

Actor Neetu Kapoor also took to Instagram and shared a picture on her Insta story with Karisma Kapoor, Babita Kapoor and Ranbir Kapoor. The veteran actor captioned the picture, “Blessings and gratitude.”

In another story shared by Anissa Malhotra Jain, all the women in the family were in the frame, including Alia Bhatt, Soni Razdan, Neetu Kapoor, Riddhima Kapoor, Karisma Kapoor, Babita, Neila Devi, Shweta Bachchan among others.

Earlier, Ranbir Kapoor and Alia Bhatt opened up about how excited they were for this new phase of their lives. “We have done everything, the room is done, we have done all the preparations that are required for a child,” Ranbir said, and Alia interjected that one can never really be ready for what is to come. She added, “My check list is ready, like I am foreseeing things, ‘if we have this etc…’ but one can never be prepared for it. We take each day as it comes.”