Inside All About Space issue 126: Complete guide to exoplanets 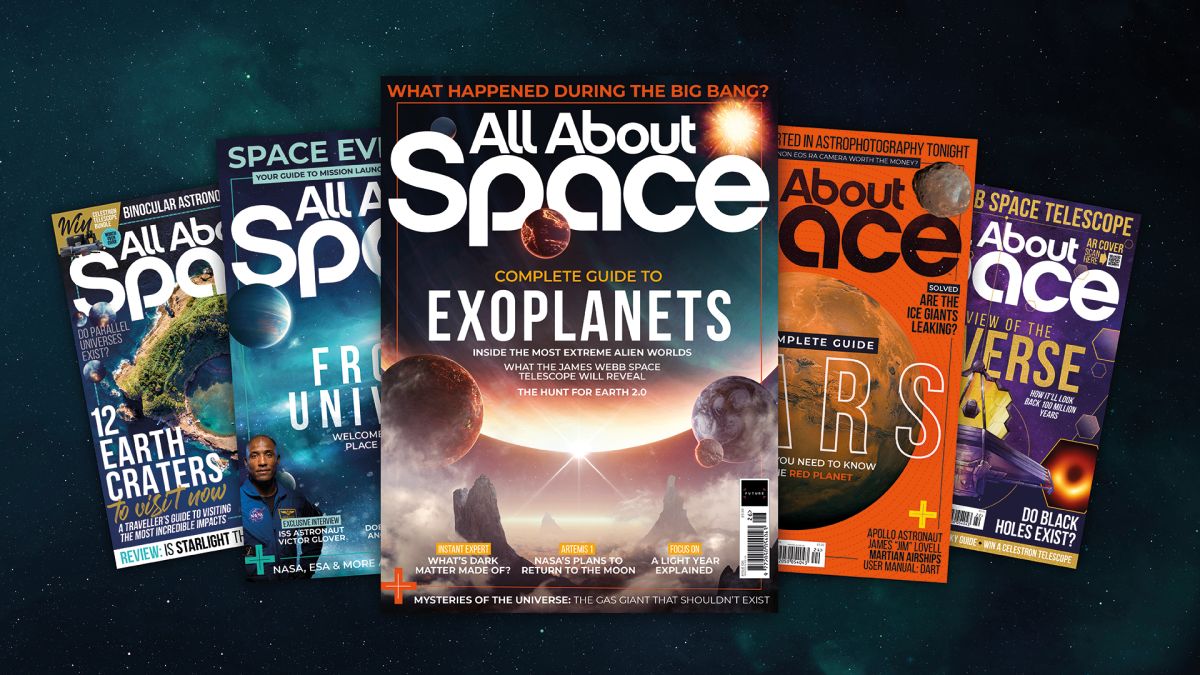 Inside All About Space magazine issue 126, on sale now, read our ultimate guide to exoplanets and see how our knowledge of worlds beyond the solar system has exploded in the last three decades.Â

For this cover feature, All About Space spoke with Nikku Madhusudham, a professor of astrophysics and exoplanetary science at the Institute of Astronomy of the University of Cambridge and Romain Allart, a Trottier postdoctoral fellow at the University of MontrÃ©al, Canada and a team member at the Institute for Research on Exoplanets. They discuss how exoplanet detection technology has changed over the last 30 years, particularly in regards to important discoveries and exoplanet detection milestones.Â

Become a subscriber to get your copy of All About Space delivered straight to your door before it appears in stores. Â

The feature also takes a look at notable exoplanet missions: past, present and future, including the infamous James Webb Space Telescope that will â€” among other things â€” investigate the atmospheres of alien worlds. The telescope is poised to reveal more about distant planets than any mission that came before it.Â

Elsewhere in this issue, you can find a detailed account of how NASA is preparing to return astronauts to the lunar surface with the Artemis program and how premier spaceflight company Space Adventures are planning to launch a series of tourism expeditions to the moon using existing spacecraft and technology (and a hefty price tag).Â

We also have an in-depth stargazer section filled with useful information on what to look out for in the sky this month, including naked eye and binocular targets and a deep sky challenge.Â

Take a look below for more details on All About Space issue 126’s biggest features.Â

Ever since humans first discovered that the stars in the night sky were bodies similar to our Sun, we’ve dreamed and speculated about the worlds that could orbit these stars. Would they be rocky terrestrial planets like Earth? Could they possess liquid water? Could the presence of this vital life-sustaining element on other worlds mean that we are not alone in the universe?

“For millennia, humans have been asking the question of whether we are alone. And tied to that question, are other planets anywhere else?” Nikku Madhusudhan, a professor of astrophysics and exoplanetary science at the Institute of Astronomy of the University of Cambridge, tells All About Space. “It’s very fundamental to being human to ask the question if there are planets elsewhere.”Â

Read the full feature in the latest All About Space. Â

The planet that shouldn’t exist

You would think that a planet which is 11 times as massive as Jupiter â€” itself the largest planet in the solar system â€” would be very easy to spot. But that’s not always the case. If the method of discovery isn’t quite good enough, then it’s always going to be much more difficult to find something, even if it’s hiding in plain sight. This can lead to theories that turn out to be incorrect, and that’s what recently came to light when an exoplanet suddenly popped into view during a wide-ranging sky survey.Â

Before this happened, some scientists firmly believed that planets couldn’t form around stars that were more than three times as big as the sun. But that was primarily because no one had ever found any that did. They have now.

Read the full feature in the latest All About Space.Â

Astronomers have always sought out ‘big-picture’ theories that explain how the universe began, what it looks like on the largest scales and how it evolves over time. In the past, such theories were often based more on human imagination than anything else. But our present best contender, the Big Bang theory, is much better than that. It’s based on a mixture of observational evidence and a mathematical understanding of how space and matter behave on very large scales, and most astronomers believe it probably comes quite close to the truth.

There are two reasons we no longer need to rely on pure imagination to visualize the evolution of the universe. First, there’s the fact that we can actually see into the distant past. That’s because light travels at a finite speed, so when a telescope shows us a galaxy a billion light-years away, we’re seeing it as it was a billion years ago. The second important factor is the universality of the laws of physics. This means we can study physics in laboratories here on Earth and know that exactly the same principles must apply to the rest of the universe as well.

Read the full feature in the latest All About Space.Â