Two months after he took office, prime minister Fumio Kishida is facing his first crisis as the new omicron coronavirus variant stokes fear of a rebound in COVID-19 cases.

The prime minister initially appeared to have a firm grip on the situation albeit with moves that faced criticism in some circles quickly moving to ban the entry of foreign visitors as well the re-entry of foreign residents from omicron hot spots.

But if Kishida had gained any supporters for his quick and clear decision-making, that goodwill was lost in a hurry.

On Thursday, it was revealed that the prime minister was unaware that the transport ministry had asked airlines to halt new reservations for inbound flights on Monday, a remarkable example of poor coordination within the government’s chain of command.

It was an embarrassing moment for Kishida, as it was an opportunity for him to show he was different from his predecessor, Yoshihide Suga, who was pushed out of the top job due to mounting criticisms over his coronavirus response.

Kishida announced Monday that Japan would carry out an entry ban for all foreign nationals, excluding foreign residents, just three weeks after the government started accepting them for the first time since January.

“I am determined to shoulder all the blame over criticism that I am being too cautious,” he said after the sweeping measure was announced.

But on the same day, the Land, Infrastructure, Transport and Tourism Ministry issued a request to airlines to stop accepting new bookings for incoming international flights to Japan in December without reporting to the prime minister or even transport minister Tetsuo Saito.

It took two days for the information to actually reach Kishida and Saito.

A senior government official said he only heard about the request during a meeting on Wednesday.

He said he was more concerned than surprised, so he asked (transport ministry officials), “Is it really fine to stop taking new bookings? We need you to make sure that you pay special attention to Japanese people wishing to return home,” the official said on condition of anonymity.

Given that the request would have a huge impact on many travellers, including Japanese nationals, looking to return to Japan during the end of the year holiday season, the government retracted the request on Thursday.

In the end, the move did nothing but throw a wet blanket on Kishida’s effort to demonstrate strong leadership on the coronavirus and fueled travel concerns for Japanese citizens and residents at home and abroad.

So how was such an important decision made without consulting the prime minister or the transport minister?

Facing reporters on Thursday, a transport ministry official with the Civil Aviation Bureau explained that the bureau believed it needed to carry out measures quickly in light of the government’s announcement on Monday to reduce the number of daily arrivals to 3,500 from 5,000.

“As a first step, we thought it was necessary to stop (bookings),” the official said, adding that swift action would give airlines more time to prepare.

The official also said that the transport ministry has actually made such requests in the past, covering periods of up to about 10 days, without reporting to other ministries.

However, since the request this time was for one month and would cover the start of the New Year’s holiday period, “we really should have taken that into consideration,” the official said, asking to remain anonymous, in line with the ministry’s policy.

Asked whether the transport ministry is communicating well with the prime minister’s Office and other ministries, the official said it is working closely with them on other matters.

On Thursday, transport minister Saito apologised for causing public confusion and admitted that the information was not properly shared.

“I have directed (ministry officials) to first report to me about matters that will affect people’s lives and communicate with other ministries,” Saito said on Friday.

The lack of communication within the government on the matter drew criticism from even some ruling party executives.

“I believe that Japanese people living overseas were really confused. I apologise as a member of the ruling party,” said Tatsuo Fukuda, who chairs the ruling Liberal Democratic Party’s top decision-making body.

Fukuda added that the procedure to issue the request without sharing the information with ministers was problematic. 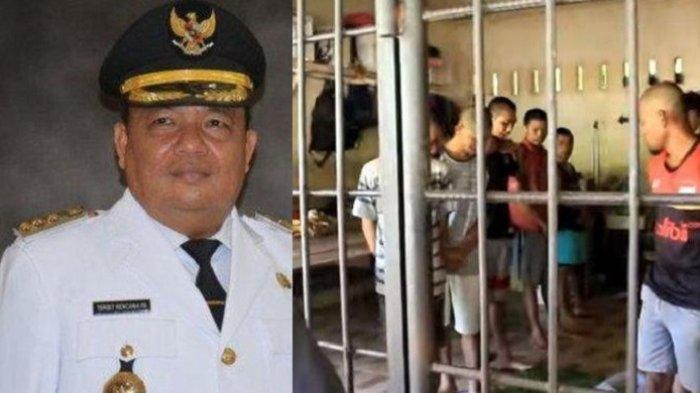