Some faculty turnover at the Yale-NUS College is to be expected over the next few years in the lead-up to its closure in 2025, but plans are in place to bring in instructors from the National University of Singapore (NUS) should the need arise, said the college leadership.

Speaking to parents of Yale-NUS and University Scholars Programme (USP) students in a townhall meeting on Friday night (Sep 17), NUS president Tan Eng Chye and Yale-NUS College leadership responded to questions about ensuring the quality of the faculty during the transition period.

NUS announced on August 27 that Yale-NUS and USP will be combined into a single college from 2022. Yale-NUS will close in 2025, ceasing Yale University’s collaboration with NUS, and its 2021 intake will be its last batch.

The announcement was met by surprise and confusion by alumni and students, with some saying they “didn’t see it coming”.

Hundreds of parents subsequently called on Prof Tan to hold a townhall meeting to answer their “urgent and pertinent questions”, rejecting his suggestion to meet with them in person in small groups.

A video of the virtual townhall meeting was put up on YouTube on Saturday.

In the video that was uploaded, executive vice president of academic affairs at Yale-NUS Joanne Roberts said that just like any institution, the college has “faculty turnover every single year”, and that this was to be expected over the next few years as well.

“In response to that, we’re already planning to bring in some excellent instructors from NUS. I’ve had a number of Yale visiting professors who’ve already approached me who’d like to come between now and 2025,” she said.

Many of the faculty members “are extremely motivated” to be part of the Yale-NUS project, Prof Roberts added.

On the day of the announcement, six people told her that they intended to teach at the college until 2025, she shared.

“(They said) ‘I want to teach here until 2025. I feel I have an obligation to these students, I want to be part of this until the end.’ I’ve had many many people say that and this is something we’re really going to be attuned to in planning the transition of our faculty from Yale-NUS to NUS,” she added.

“We know that you chose Yale-NUS because of small classes and exceptional faculty. And we have a complete strategy ready to ensure that we guarantee that to you going forward.”

“We can always make arrangements to support Yale-NUS when there’s a need,” he said at the townhall.

MERGER FROM ‘POSITION OF STRENGTH’

The decision to close Yale-NUS was “basically accelerated” before the programmes had a chance to “dilute itself”, said Prof Tan in the townhall.

Continuing status quo at Yale-NUS after “premium funding” from the Ministry of Education (MOE) ended in March 2022 would have been a “major challenge” and a negative impact on the overall quality of the school’s programmes, he added.

“If I do not do anything to Yale-NUS, the programmes will start to dilute itself. And we feel that this is the best time, because we are actually combining them in a position of strength, rather than we allow Yale-NUS to dilute and possibly to disappear,” said Prof Tan.

“So I have basically accelerated the closure. There’s no need actually to do that, but it’s just that my entire system at NUS, we have changed to be similar to Yale-NUS, such a merger makes sense.”

Prof Tan was responding to a question from a parent about whether financial sustainability was the main consideration for the closure, and whether other alternatives were considered.

Making Yale-NUS financially sustainable was a problem he had been “thinking hard about” since he became president of the university in 2018, said Prof Tan during the townhall.

“I have worked with Yale-NUS senior leadership on how we can address this change when the premium funding reverts to normal funding, and our conclusion is this that continuing status quo for Yale-NUS will be a major challenge,” said Prof Tan.

“And if you look at the financial sustainability, this will negatively impact the overall quality of Yale-NUS programmes, the gap is actually sizable enough to have this negative impact.”

Prof Tan also answered a question from a parent about how much deficit Yale-NUS was facing.

Education minister Chan Chun Sing said in Parliament last week that MOE provided about S$48 million to the college in operating grants per year for its about 1,000 students in 2020, he noted.

On a per-student basis, this is more than double that of a humanities and science student in NUS, said Chan at the time.

“So if you look at this number, and in the context that this is the premium funding which the government has actually provided for 10 years since its inception,” said Prof Tan.

“Just by this statement, you can guess that the deficit is at least S$24 million because it’s more than double.”

Financing a university is “actually more complicated” and involves a component called “total income contribution”, which acts to widen this gap every year, said Prof Tan.

“So you actually have an increasing gap of at least S$24 million… To have Yale-NUS at status quo will be a big challenge because of this.

“You would have to trim the benefits, you would not be able to have the eight students to one faculty ratio. You may not even be able to provide the generous financial aid that Yale-NUS is now providing, and many other things.”

Both Yale-NUS and USP are recognised for their “high-quality” programmes with good outcomes, said Prof Tan.

“This is the best time for me to pivot both programmes for the future and pivoting from a position of strength, not allowing any one of them to be diluted before we are forced to re-pivot,” he said.

“And in our consideration, the new college is the best way forward in the next stage of growth and progress for both Yale-NUS as well as USP.”

Prof Tan also highlighted the wider curriculum changes ongoing at NUS, including introducing a general education or common curriculum for graduates, and the interdisciplinary College of Humanities and Sciences as well as College of Design and Engineering. “In fact, we are changing to a system that is closer or similar to Yale-NUS, that actually allows this merger to happen,” he added.

“Last year, a merger would not make sense, because there would be incompatibilities between Yale-NUS and USP.

At the end of the session, Prof Tan also said he was willing to consider a face-to-face session with a smaller group of parents.

The townhall to engage parents was a “good gesture”, where NUS “tried to be more transparent”, a parent who attended the townhall told CNA.

The parent, who only wanted to be known as Joanne, is part of a 300-member chat group set up by parents of Yale-NUS students.

“One population has been quite forgotten the actual students themselves because they are the casualties, so to speak, of this saga. I feel that their voices have not been heard enough,” said Joanne, whose son is a second-year student in the college.

“We’ve heard the administrators, of course, the so-called different key heads, the different presidents, the voices of the parents, but I felt the people that really mattered the most, the students have not been heard.” 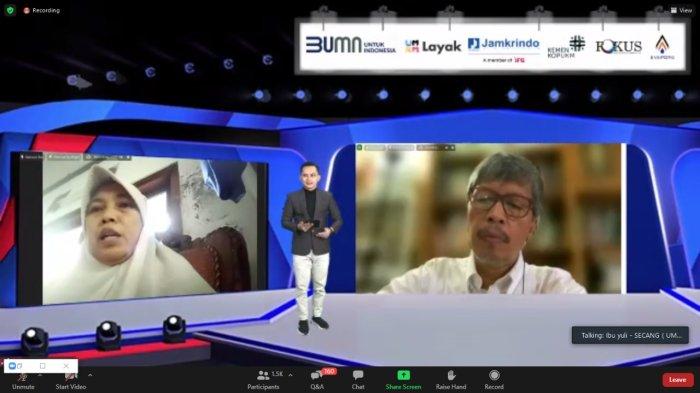