With growing evidence showing the omicron variant causes mostly mild symptoms and lower rates of hospitalisation and death, more and more scientists are starting to wonder: Will the newest variant herald the beginning of the end of the COVID-19 pandemic?

Omicron should not be underestimated. The variant, which has more than 30 mutations on the spike protein, is said to be at least twice as transmissible as the delta variant, which was likened in contagiousness to the chickenpox by the US Centers for Disease Control and Prevention. That has increased the probability of breakthrough infections even among the vaccinated. Research by Imperial College London recently showed that the risk of reinfection with omicron is 5.4 times greater than with the delta variant, as omicron largely evades immunity gained by past infection or two vaccine doses.

Despite that unsettling research, the symptoms that the omicron variant causes are said to be milder than those with the delta variant. Studies in Britain and South Africa have shown that omicron patients are 50 percent to 80 percent less likely to end up in the hospital.

Daily new cases in South Africa, where the omicron variant was first reported in late November, peaked around mid-December and are rapidly declining, fuelling speculation that waves of cases caused by omicron may be short-lived.

From early on in the pandemic, there has been talk about what the COVID-19 endgame might look like.

Could this be it?

After all, SARS-CoV-2 is only one of the seven viruses in the coronavirus family. Another, which caused the outbreak of severe acute respiratory syndrome (SARS), which had a far higher death rate than COVID-19, has successfully been contained. The last known infection was in 2004.

Four others are known to cause the common cold now, though they may have caused much more serious symptoms in their early stages of existence in order for them to be fit to survive, said Dr Tetsuo Nakayama, a project professor at Kitasato Institute for Life Sciences.

“Basically, as the virus increases its infectiousness, it naturally attenuates over time,” said Nakayama, who is also the director of the Japanese Society of Clinical Virology.

“Someday, the novel coronavirus will perhaps cause only a common cold, or it may disappear altogether like SARS, though Middle East Respiratory Syndrome (MERS) continues to live, albeit sporadically,” he added, referring to another known coronavirus.

Though omicron is contributing to a record wave of infections, especially in the West, the newest addition to the World Health Organization’s list of variants of concern could bring about a sudden end to the pandemic as early as 2022, just like SARS vanished without a trace in two years, some experts said.

“I think there’s a chance of that,” said Dr Masahiko Okada, professor emeritus at Niigata University. “Spanish flu cases also plummeted in its third year a century ago. If basic measures like mask-wearing and social distancing are thoroughly implemented, there’s a chance that new cases will fall dramatically as early as 2023.

“For example, Japanese people have tried hard to bring new cases down to near zero in November and December,” Okada said. “That portends well for the future. But people are also letting their guard down because people have been vaccinated, which is not good.”

‘Around for a long time’

The WHO cautioned against an overly optimistic viewpoint, saying the world needs to be braced for the possibility that the coronavirus is here to stay.

“I think we expect to see this virus enter a phase of transmission where it will be around for a long time, probably at lower levels with seasonal or intercurrent outbreaks that will occur from time to time in populations, particularly as the new variants can emerge,” Dr Michael Ryan, executive director of WHO’s emergencies programme, said during a briefing on December 20.

Though studies show that the three COVID-19 vaccines approved in Japan shots by Pfiser-BioNTech, Moderna and AstraZeneca-Oxford are highly effective in protecting against severe symptoms and death, experts say the sheer number of cases due to omicron may still overwhelm health care systems. So far, COVID-19 has killed around 5.3 million people, including an estimated 3.5 million in 2021.

Another concern is global vaccine inequality. Slow vaccination rollouts in some parts of the world could lead to the emergence of threatening new variants every few months.

According to the WHO, over 100 countries are providing booster shots and 92 of its 194 member states missed the organisation’s target of fully vaccinating 40 percent of their populations by the end of 2021. At the same time, vaccination rates in dozens of countries remain below 10%. Some experts say developing countries may not complete their vaccination rollouts until 2024, which raises concerns that new variants will continue popping up in 2022.

“There are many unvaccinated and uninfected people in Africa and Southeast Asia and they will remain as reservoirs for new infections for a long time,” Nakayama said. “So unless these people get vaccinated or infected and gain strong immunity, it will likely be difficult to picture a timetable for containing the crisis.”

Globally, a marked discrepancy in the spread of the coronavirus was observed in the last few months with relatively low numbers of COVID-19 cases reported in some Asian countries including Japan, Cambodia, Indonesia and the Philippines in sharp contrast to the large case counts seen in Europe and the US, in particular, said Masahiro Kami, executive director of the Medical Governance Research Institute, a Tokyo-based nongovernmental organisation.

The US and the UK reported record daily cases of more than 480,000 and 180,000, respectively, on Wednesday, while several European countries also posted fresh highs this week despite the rollout of booster doses. In Japan, daily tallies had stayed well below 500 before exceeding that level for the first time in 21/2 months on Wednesday. Indonesia posted fewer than 200 new cases on Tuesday, sharply lower than its peak of around 50,000 cases in July, according to Our World in Data.

But for Europe and the US, South Africa has shown that omicron’s surge may be short-lived. Most viruses also attenuate as they evolve, which could put some damper on the latest wave of infections over the winter, Kami said.

Still, it’s too early to determine which direction the pandemic will go in 2022.

“The year 2022 may see omicron become largely contained if the virus attenuates or the sharp fall in new cases in Asia” happens in the rest of the world, Kami said. “Or the omicron variant could spur a surge that could lead to the repeated emergence of new variants.”

As for what that could mean for Asia, many scientists have speculated there may be an X-factor when it comes to the mysteriously low numbers of COVID-19 infections and deaths reported in Japan and some of its neighbours, but no one is sure why.

Some experts point to a deeply rooted culture of mask-wearing and other prevention measures. Research by a leading Japanese institute Riken, meanwhile, suggested that most Japanese have an inherited component of the immune system that can more effectively kill various coronaviruses, including the one that causes COVID-19.

“I don’t think Japan is likely to see an explosive spread of infections as they saw in Israel, the US and Britain because of mask-wearing in Japan and the booster shots,” Nakayama said.

Amid an expected acceleration in the global vaccination rollout and the increased availability of a slew of oral pills and other medications to effectively combat COVID-19, some experts say the illness could also become a manageable disease like a seasonal flu.

The new year will also likely see the commercialisation of COVID-19 vaccines developed domestically. Shionogi & Co., which recently began a final phase clinical trial of its recombinant protein-based vaccine candidate, is aiming to start supplying it by the end of March.

Japan has authorised Pfiser and Moderna’s messenger RNA vaccines as booster shots, but the potent neutralising antibodies induced by the new technology can fall significantly as early as three months after inoculation, although the shots are still largely effective in curbing the number of severe cases. That has raised concerns that Japan, as is the case in Israel, may need to eventually roll out fourth shots.

“We saw the limits of mRNA vaccines as the immunity does not last long,” Nakayama said. “In that sense, conventional vaccines have immunity that lasts longer. So we would need to consider if we need to keep using mRNA vaccines or use other vaccines as a booster in the future.”

“So innovation and technology will help in the next year (2022) and if we can keep the virus transmission reduced to a minimum and if we can vaccinate more and more people, then we may be able to bring this pandemic to an end,” he said. “Certainly, we can bring the acute phase of death and hospitalisation to an end.”

But part of what stands in the way of getting rid of the coronavirus is globalisation, with an interconnected world leading to the rapid spread of diseases, an issue that rose back to the surface with omicron, which had spread to over 100 countries in less than a month after it was first detected.

Eradicating the SARS-CoV-2 virus is perhaps the ultimate goal, but the more likely scenario is that, just like various viruses humans have lived with for thousands of years, it will stay around for a long time albeit with less potency.

The chances of eradicating the SARS-CoV-2 virus are very limited, the WHO’s Ryan said.

“There are very few diseases that you can actually get rid of. We’ve only ever done it once, with smallpox,” he said.

“Learning to live with, cope with, react to and consign the disease to something that we can easily deal with day-to-day is what we should be hoping and aiming for.” 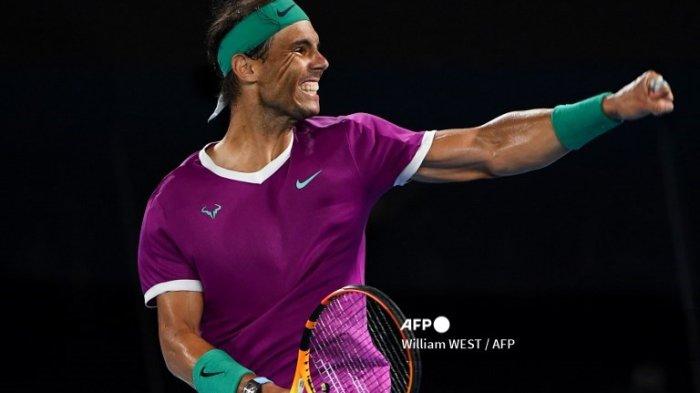