For the past two years, Malaysia’s state-owned Petronas oil company has continued developing a gas field in the disputed South China Sea, despite what a US-based think tank recently described as “daily harassment” from Chinese boats.

The country is unwilling to budge over its interests in the Luconia Shoals, where it is developing the massive Kasawari gas field thought to contain 3 trillion cubic feet of recoverable gas resources and its uncompromising stance is typical of its approach to China’s overlapping claims in the disputed waters.

A Malaysian Navy ship takes part in an exercise in the South China Sea. Photo: DPA

In June, it scrambled fighter aircraft when it detected 16 Chinese military transport jets flying close to Malaysian air space without prior notification, later summoning the Chinese ambassador Ouyang Yujing for an explanation.

Neighbouring Indonesia has also been vocal in the past about what it sees as Chinese incursions into its waters. In 2019, it filed diplomatic notes opposing what it called the encroachment of Chinese fishing vessels into the Natuna Sea, which Indonesia claims as part of its exclusive economic zone, but parts of which China claims to have historic fishing rights over. Indonesia is not party to the dispute over the South China Sea involving China, Vietnam, the Philippines, Malaysia, Brunei and Taiwan.

Yet to some observers, Indonesia’s approach has taken a cautious turn of late, particularly in regard to an incident on August 31 when a Chinese survey vessel, the Haiyang Dizhi 10, entered the North Natuna Sea near an important oil and gas field known as the Tuna Block. The ship, which appeared to be making a seismic survey, left briefly in September and returned in early October before leaving the waters about a week ago.

During a lecture at the Catholic University of America in Washington on October 18, Indonesia’s Coordinating minister of Maritime and Investment Affairs Luhut Binsar Pandjaitan appeared to play down the presence of the Chinese vessel in Indonesian-claimed waters, saying “we respect freedom of navigation in the Natuna Sea”.

That response has some analysts wondering if Indonesia’s more cautious tone has anything to do with its dependence on Chinese investment and Covid-19 vaccines.

According to Indonesia’s investment board (BKPM), China was Indonesia’s second-biggest foreign investor in 2020, at $4.8 billion. Meanwhile, China’s pharmaceutical companies, Sinovac and Sinopharm, have sent 215 million vaccine doses to Indonesia, according to Xiao Qian, China’s ambassador to Indonesia.

Gilang Kembara, a researcher at the Jakarta-based Centre for Strategic and International Studies, suggested another possible reason for the cautious tone was Indonesia’s concern that the issue had “the potential to turn into an external political quarrel which in turn could increase the anti-Chinese sentiment in the country”.

Imam Prakoso, an analyst at Indonesia Ocean Justice Initiative, said Indonesia’s response to the Haiyang Dizhi was noticeably different to its approach in 2019.

“While patrol vessels were dispatched to shadow the vessel… no diplomatic note of protest has been issued to respond to its encroachment,” he said.

“That is not to say that the Indonesian government has downplayed the presence of this survey vessel. Rather, this position may be taken due to Indonesia’s priority in maintaining regional stability, especially amid the Covid-19 pandemic.”

Bill Hayton, an associate fellow of the Asia-Pacific programme at London-based Chatham House, said both Malaysia and Indonesia saw their relationships with China as “multifaceted” and neither allowed the South China Sea issue to dominate.

However, he said the relative calculations for each country were different.

“Malaysia is currently drilling in the South China Sea, and has been able to continue doing so despite the Chinese harassment,” said Hayton, the author of The South China Sea: The Struggle for Power in Asia. “Malaysia has deployed naval vessels to protect its operations and appears to have received support from other navies as well. Indonesia is not drilling in any ‘sensitive’ areas at the moment and is simply observing China make what appears to be commercial seismic surveys inside its exclusive economic zone.”

Hayton said Indonesia could have deployed naval ships to expel the Chinese vessel too but had, presumably, chosen to avoid confrontation.

“[Indonesia] has not lost materially from China’s actions but it needs to pay attention to the legal consequences,” Hayton added.

However, Zachary Abuza, Professor of Southeast Asia studies at the Washington-based National War College, said that while Malaysia was trying “not to be bullied”, he was not sure it was “tougher” than Indonesia.

In an apparent irony, Malaysia even bought “Chinese ships to defend itself against Chinese aggression”, he said. Last month, Malaysia took delivery of its third Littoral Mission Ship from China. The fourth is expected to be handed over this December.

Abuza said that ultimately Malaysia and Indonesia were both so economically reliant on China that “neither feels that it can stand up to China in a way that would deter Chinese aggression”.

China has been Malaysia’s top investor since 2016, pumping in $4.41 billion in 2020. China has also been Malaysia’s largest trading partner since 2009, and accounted for 18.6 per cent of total trade last year.

“Malaysia… does not challenge China directly in public,” continued Abuza. “But Malaysia pushes back against China through its various Unclos [UN Convention on the Law of the Seas] filings and by continuing to explore for oil, despite blatant Chinese intimidation,” Abuza said.

One example of these filings came on December 12, 2019, when Malaysia submitted a filing to the Commission on the Limits of the Continental Shelf for the northern part of the South China Sea, the body tasked with governing the implementation of Unclos. That move was expected to help Malaysia establish rights over all of the seabed and subsoil resources including oil and gas reserves that may exist in the area.

A senior Indonesian government official said the country was trying to avoid “megaphone diplomacy”, adding that “however, steps have been taken and will be taken diplomatically to ensure that Indonesia’s rights are not violated”.

The official said Indonesia firmly believed in the implementation of Unclos and that any action or response from Indonesia would be based on the convention.

Collin Koh, a research fellow at Singapore’s S. Rajaratnam School of International Studies, agreed there appeared to be a “certain caution on the part of the Indonesian authorities… not to overhype or blow the situation out of proportion”.

He warned this came “at a cost for the Indonesian authorities’ credibility with the interested domestic public” and that the role of public opinion was one of the reasons for the differences between the two.

“Public discourse in Indonesia appears to be more participative, more pluralistic, which may pose potential challenge to the government at times,” he said.

“This extent of public discourse appears less prominent in Malaysia, even though the opposition may still raise the issue of China and the South China Sea from time to time during parliament sessions. Put bluntly, there is a less boisterous public discourse in Malaysia compared to Indonesia,” Koh said.

Others suggested the real difference might be that Indonesia had simply not settled on any one policy.

Abuza, of the National War College, said the Indonesian President Joko Widodo appeared to have one policy while his coordinating minister for maritime affairs had another. The Armed Forces had yet another policy, which in turn differed to that of the navy.

“Indonesia’s response is all over the place, and China takes advantage of that,” Abuza said.

However, Abuza also thought the countries’ responses shared something in common: their military forces were largely land-based, despite an increase in maritime threats.

“Neither country has resourced their navies or coastguards sufficiently, and China takes full advantage of that,” he said.

Another aspect that may inform the countries’ considerations is the nature of the various disputes in the South China Sea.

Yan Yan, director of the Research Centre of Oceans Law and Policy in the National Institute for South China Sea Studies, said the area where Malaysia’s oil and gas projects were located was subjected to a number of overlapping claims, involving China, Vietnam, Malaysia, Brunei and the Philippines.

“Before the maritime boundary is finally settled, each state has its own claims of jurisdiction over that area. Thus Malaysia’s oil and gas exploration and exploitation work is in fact an unilateral action in a disputed area,” Yan Yan said.

She said before the boundary issue was resolved, “the unilateral action of a claimant state in contested waters constitutes an infringement upon the other side’s sovereign rights, which may also influence the results of final dispute settlement”.

Indonesia is in a slightly different position as where it fails to see eye-to-eye with Beijing is regarding fishing rights surrounding the Natunas. The islands themselves fall just outside the nine-dash line that Beijing uses to mark its claim to about 90 per cent of the South China Sea.

Said Yan Yan: “To the Chinese fishermen, that area is called ‘southwest fishing ground’ and they have been fishing there for a long time. Thus I also think that it is not accurate to refer to the waters as Indonesia’s.” 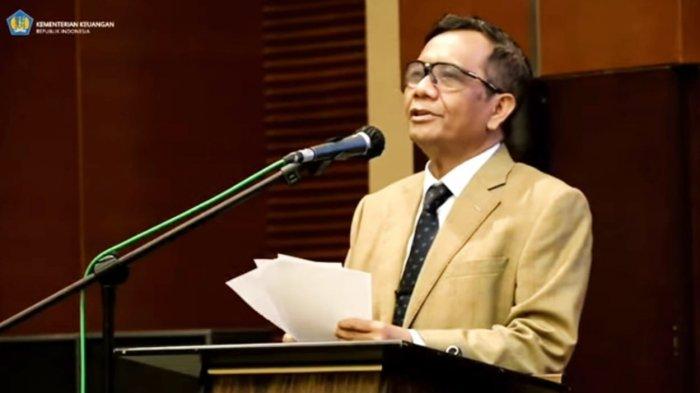