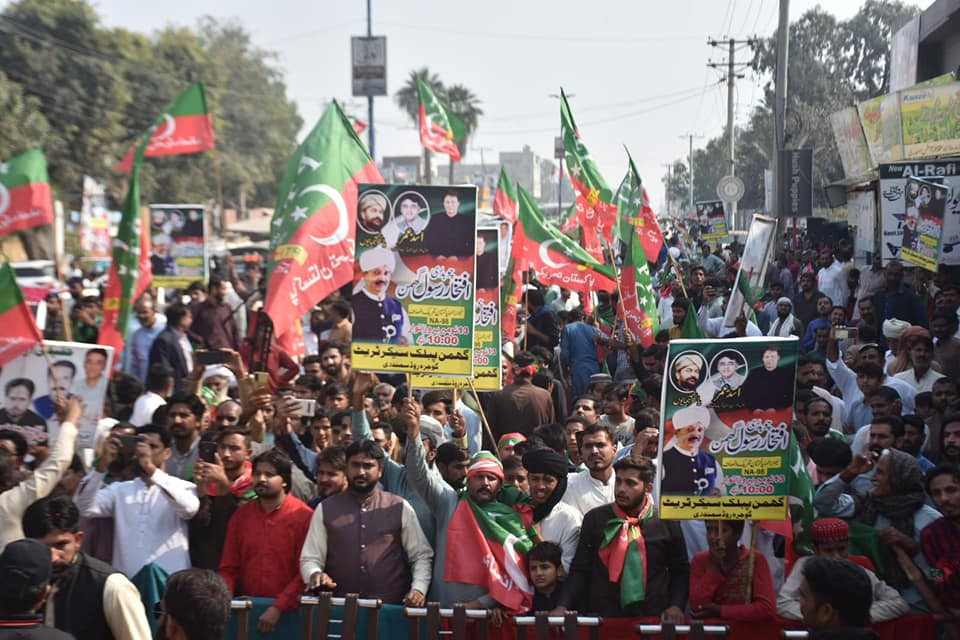 
The Ministry of Interior cautioned Pakistan Tehreek-e-Insaf (PTI) Secretary General Asad Umar on Wednesday about security threats against the party and its chief, and urged them to postpone public gatherings for the ongoing ‘Haqeeqi Azadi March.

In a letter, the ministry requested that the security situation “prevailing in the country may be kept in view and the PTI leadership may consider the possibility of postponing public gatherings like the one planned in Rawalpindi on November 26 to avoid any untoward incident”.

The Ministry of Interior maintained that it had been “sharing threat alerts generated by credible intelligence sources to the life” of PTI chief Imran Khan by “anti-state elements” that wanted to destabilise the country.

It further stated that the attack in Wazirabad, where former premier Imran Khan was injured, had highlighted the importance of taking the threat alerts seriously, “particularly in the context of the resumption of the march and its culmination in Rawalpindi”.

According to the letter, in view of the threats the federal government had provided a bulletproof vehicle and deployed police and civil armed forces for Imran’s stay in Islamabad. However, the party chief was presently in Lahore and participants of the march had moved to Rawat.

The ministry expected the provincial government of Punjab to take all necessary measures for security arrangements in their jurisdiction for the protection of Imran as well as the participants of the march.

“Anti-state elements like Al-Qaeda/Daesh, TTP, and radicalized youth of TLP can take advantage of soft targets like public gatherings to destabilise the country through suicide attacks, IEDs (improvised explosive devise), etc,” it warned.

The ministry’s notice to Asad Umar stated that “in view of the gravity of the security threat, the need to exercise maximum caution can hardly be overemphasised”.

Read Venue for PTI’s sit-in yet to be decided

It regretted, however, that despite repeated requests cautioning the party about the threats, “and in the context of the protest in Rawalpindi on November 26 in particular”, the party leadership seemed “oblivious” to the security situation.

The ministry further informed Umar that the latest intelligence report was shared with provincial governments.

It urged the PTI to keep the security situation in view and consider postponing the rally in Rawalpindi.

In a second letter, the Ministry of Interior, the chief secretaries of Punjab, Khyber-Pakhtunkhwa, Azad Jammu and Kashmir, Gilgit-Baltistan and Islamabad that “reliable intelligence sources” claimed there was a serious threat to the life of Imran Khan as well as the participants of the long march.

It detailed “some factors shared by an intelligence agency which enhance the likelihood of such an event”, including:

The ministry requested that extreme vigilance and caution be exercised to prevent the possibility of “any such incident”.