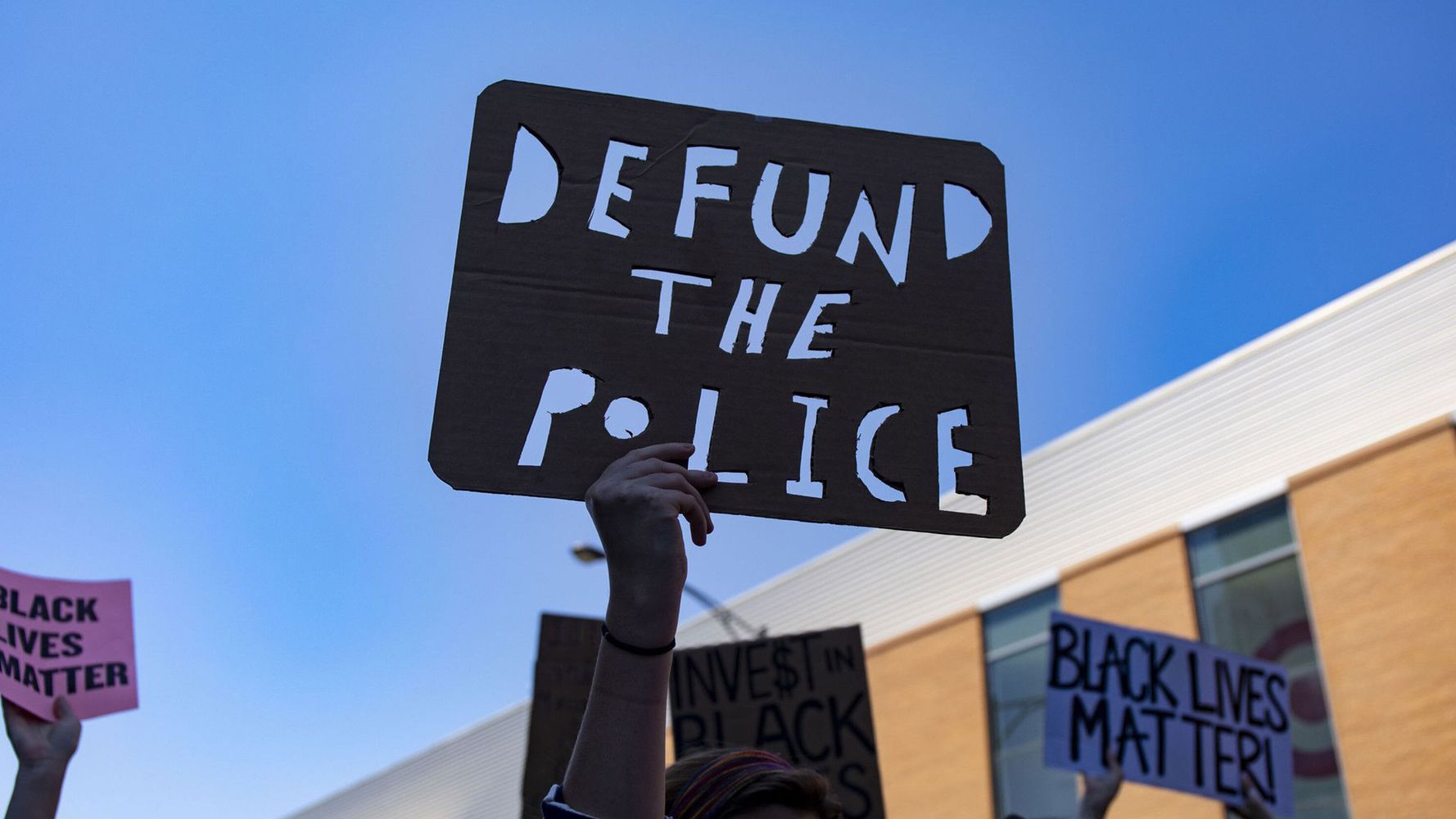 When police respond to 911 calls about people experiencing homelessness or mental health crises, theÂ results can be lethal. As protests against police brutality continue to grip the nation, cities are beginning to acknowledge that law enforcement isnâ€™t well equipped to handle these cases.

Instead, thereâ€™s growing momentum not just for defunding police, but for investing in harm reduction practices â€” ones that donâ€™t criminalize people experiencing homelessness or substance misuse, but approach these issues as public health matters that are best handled with communal resources.

San Francisco Mayor London Breed announced earlier this month that police will no longer be the first to respond to calls involving the homeless, mental health crises and conflicts among neighbors. Members of the Los Angeles City Council are pushing to do the same. House Democrats unveiled legislationÂ aimed at not just curbing police brutality, but establishing a grant program â€œto help communities to re-imagine and develop concrete, just and equitable public safety approaches.â€ Implementing these policies would contribute to the work that harm reductionists have been doing with little support for over 30 years.Â Â

The idea behind harm reduction is that looking at people not as criminals, but individuals experiencing a public health crisis, leads to better outcomes. Syringe exchange programs have proven to reduceÂ both infectious diseases and lethal overdoses. Medication-assisted therapy is shown to successfully help individuals overcome opioid and alcohol addiction. Harm reduction groups have long been on the front lines of feeding and finding shelter for the homeless.

â€œIn the 30-year history of harm reduction in this country, it has always been in the shadow of policing,â€ said Daniel Raymond, deputy director of planning and policy at the Harm Reduction Coalition. â€œWeâ€™ve had to find our way, working despite all of the heavy systemic pressures that the layers of criminalization and incarceration have imposed on people who use drugs.â€Â

â€œThis is an important time to ask the question, â€˜What if we could move into the sunlight?â€™â€

Harm reduction is relatively simple. Just instructing people to abstain from certain behaviorÂ often doesnâ€™t work. Harm reduction, which began as a grassroots effort in the 1980s to combat HIV and hepatitis B infections, is based on recognizing that fact and finding ways to minimize dangers.Â

While itâ€™s often associated with things like drug use, homelessness or sex work, society accepts that government harm reduction programs are necessary for things like driving a car. It would be safer to never get in a vehicle at all, but people do it, and society has found ways to lower the risks.Â

One prime example is clean needle exchanges, which allow people to turn in used needles and get clean ones. Those programs, which exist in major cities like New York and Los Angeles â€” despite the controversies surrounding them â€” as well as small ones like Chico and Fresno in California, have proven to significantly decrease the spreadÂ of infectious diseases.

Weâ€™ve put a lot of money and support into making our police departments like the military, but we havenâ€™t even put a fraction of that money into deescalation and trauma-informed care.
Barbara DiPietro of the National Health Care for the Homeless Council

In San Franciscoâ€™s Tenderloin District â€• an area historically associated with rampant crime rather than its status as a victim of gentrification â€• St. James Infirmary provides harm reduction for sex workers by sex workers, in the form of hormone therapy, mental health support, STI and HIV tests and counseling and needle exchange services. Organizations like The Burrito Project in Los Angeles and Peopleâ€™s Breakfast Oakland provide food and other services to the unhoused.Â Â

In Sacramento, Jones and other activists pass out blankets, tarps, clean water, toothbrushes, hand sanitizer, soap and other necessities to unhoused people or people who use drugs â€• two populations who have more than their share of experience with law enforcement.Â

â€œItâ€™s about quality of life,â€ Jones said, which means, in part, helping people live without constant fear of arrest or police harassment â€• especially for people of color, who often avoid harm reduction resources out of concern for police presence.Â

â€œWe know that most programs are only able to directly reach a fraction of the people that could use that support and community,â€ Raymond said. â€œAnd that the overwhelming reason, especially for people of color who use drugs, is around policing.â€Â

Police spend a lot of time responding to and cracking down on homelessness and drug use,Â reflecting how budget line items play out in real life.

In 2018, there were over 1.5 million drug-related arrests in the U.S. Drug offenses â€œare still a defining characteristic of the federal [prison] system,â€ according to the Prison Policy Initiative, a non-partisan mass incarceration research group. According to its 2020 status report:

There are people in prison for violent offenses who were also convicted of drug offenses, but they are included only in the â€˜violentâ€™ category in the data. This makes it hard to grasp the complexity of criminal events, such as the role drugs may have played in violent or property offenses.â€

Access to harm reduction services and substance treatment is therefore a direct way to limit violence, and lower violent crime rates, in communities.

Laws criminalizing people experiencing homelessness have multiplied over the last ten years. In Sacramento, for example, the city is actively trying to get a restraining order against its own unhoused residents. In Seattle, one in five people booked into jail are homeless. Research suggests that 15% of incarcerated peopleÂ experienced homelessness the year before being put in jail or prison.

Cities also put significantly more money toward the police than solving the housing crisis. For 2020, the New York City Public Housing budget is around $3 billion. Its police budget is twice that amount.Â Â

Meanwhile, nearly 20 million people in the U.S. experienced substance abuse in 2017, and over half a million peopleÂ are estimated to be experiencing homelessness on a given night.Â

â€œWeâ€™re asking police officers to address and solve a problem that our community has not solved,â€ said Barbara DiPietro, senior director of policy at National Health Care for the Homeless Council. â€œWeâ€™ve put a lot of money and support into making our police departments like the military, but we havenâ€™t even put a fraction of that money into deescalation and trauma-informed care.â€Â

A world thatâ€™s led by the principles of harm reduction would mean that â€œwellness checksâ€ are done with naloxone (a medication used to treat drug overdoses) and a bottle of water rather than a taser and a gun. Â Â

Thatâ€™s why, for many advocates in the world of harm reduction like Jones, police are antithetical to the vision they have for a better future, because the police themselves are causing harm.Â

â€œItâ€™s a delusional situation weâ€™re in,â€ Jones said last week, while icing her fractured hand after scuffling with police in one of Sacramentoâ€™s more heated police brutality protests. â€œSo many people are working so hard to take care of one another and to keep each other safe, and this week has shown us that that is not what the police are out here doing.â€Â

But divesting from police is one small part of greater systematic change â€• along with expanded health care and affordable housing and education â€• that needs to be made, Raymond said.Â

â€œIf we think that all of these broader community needs can be met solely by reinvesting dollars from the police, then I think that weâ€™re setting ourselves up for a relatively smaller, narrow vision,â€ he said.Â

â€œA lot of people, myself included â€¦ did not see this as an opening that we could imagine walking through in 2020,â€ Raymond said.Â