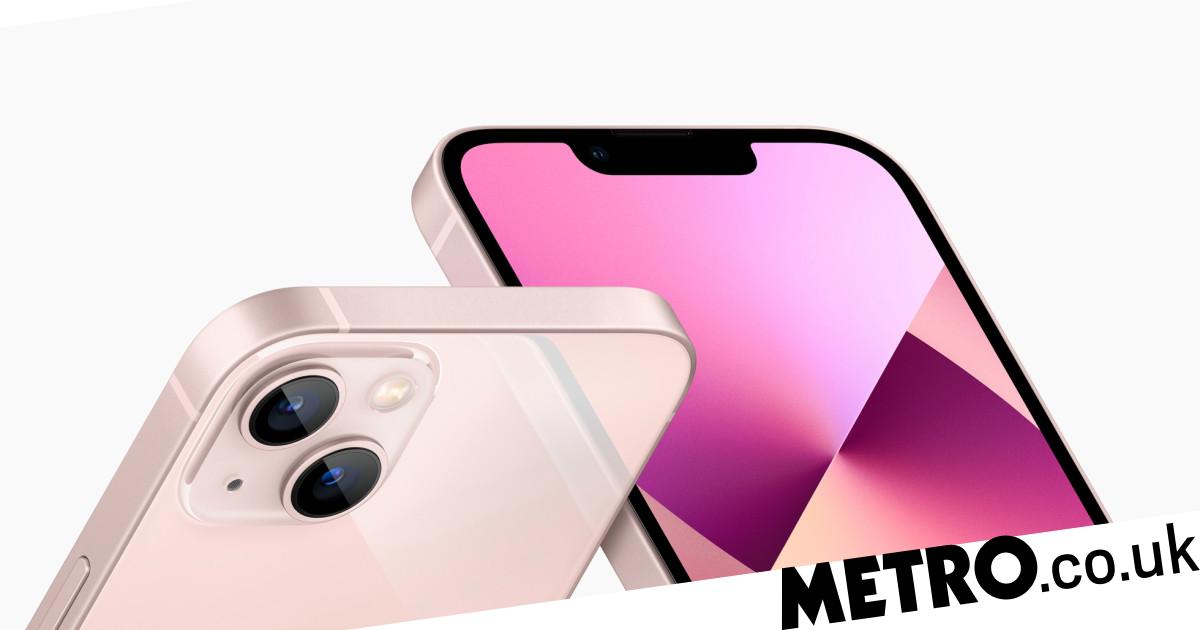 Apple has revealed four new versions of the iPhone at an event this evening that was kept virtual due to the ongoing coronavirus pandemic.

The California-based tech giant launched the iPhone 13 alongside an updated Apple Watch and a newly designed version of the iPad mini that mimics the 2020 iPad Air refresh.

The iPhone 13, like last year’s iPhone 12, will be available in four different models:

All four versions of the iPhone 13 keep the same squared-off design that Apple revealed last year, but there have been some small refinements.

The trademark notch at the top of the display is now smaller, giving more screen space for notifications and status alerts and the camera lenses are now at a diagonal. There’s also a bump in storage for this year with Apple starting the iPhone 13 at 128GB of storage and also offering 256GB and 512GB configurations. The Pro models also add a gigantic one terabyte configuration for the first time.

Apple has also given this year’s iPhone a more powerful processor: the A14 Bionic. Like last year’s chip, it’s got a 6-core CPU and Apple promises it’s up to 50 per cent faster than competing devices.

Probably the biggest change comes from the camera and the software updates that Apple has created as part of iOS 15. The iPhone 13 has a camera sensor that’s 47 per cent larger than last year’s base model, allowing for it to capture more light in darker environments.

There’s also a new trick called ‘Cinematic Mode’ for video capture that automatically transitions the focus in real-time. So, for example, if you’re filming a subject and more people enter the frame, the iPhone 13 will know to adjust the focus to bring them in. Users will be able to manually change focus or lock it to a specific object during filming as well.

‘Our customers rely on iPhone every day, which is why we’ve made iPhone 13 and iPhone 13 mini more powerful, more capable, and more fun to use,’ said Greg Joswiak, Apple’s senior vice president of Worldwide Marketing. ‘Both phones have beautiful designs, industry-leading performance, and advanced camera systems with impressive computational photography features, all with incredible durability, water resistance, and a big jump in battery life to ensure customers can depend on their iPhone when they need it.’

As usual, those in search of more powerful photographic capabilities will want to look at the iPhone 13 Pro and iPhone 13 Pro Max.

Apple says these phones have an all-new camera system comprising wide, ultra-wide and telephoto lenses. There’s a new macro mode for shooting subjects close-up and the Pro phones can shoot video in 4K resolution at 30fps in ProRes format – which gives editors greater control over tweaking and adjusting the footage.

‘iPhone 13 Pro and iPhone 13 Pro Max make up our most pro iPhone lineup ever with the biggest advancement for our camera system, the best battery life ever in an iPhone, and the fastest performance of any smartphone, setting a new standard for iPhone and enabling incredible experiences never before possible,’ Joswiak said.

‘The new pro camera system offers even more pro photography capabilities like improved telephoto zoom, macro photography, Photographic Styles, Cinematic mode, as well as ProRes and Dolby Vision video. The Super Retina XDR display with ProMotion is our best display ever; it intelligently responds to the content on your screen, offers fantastic graphics performance, and is perfect for any viewing experience.’

The screens on all four phones are OLED and feature the Ceramic Shield protection that Apple debuted on the iPhone 12. However, on the Pro models, the refresh rate is now 120Hz – the same as the iPad Pro and many flagship Android handsets.

Naturally, there are new colours to choose from as well. The iPhone 13 and 13 mini are available in Pink, Blue, Midnight, Starlight and (PRODUCT)RED while the iPhone 13 Pro and iPhone 13 Pro Max come in a choice of Graphite, Gold, Silver, and Sierra Blue.

Complimenting the new phones is the all-new Apple Watch Series 7, which was also shown off during the event.

This new version of the wearable has a smaller bezel and larger screen in the same rounded body. Apple says it offers 20 per cent more screen area and 1.7mm borders that are 40 per cent smaller than those on the Apple Watch Series 6. The larger display means that for the first time the Apple Watch can display a QWERTY keyboard for tapping (or swiping) out messages on your wrist.

The Series 7 boasts the same 18-hour battery life as the Series 6, but will now charge up 33 per cent faster. In an effort to make it tougher and more durable, the Apple Watch Series 7 boasts an IP6X certification for dust resistance and a WR50 water resistance rating.

Thanks to watchOS 8, there are now more ways to track cycling as well as a new mindfulness app. And, of course, the Apple Watch is integral to Apple’s Fitness+ workout subscription platform.

There are a couple of new watch faces in watchOS 8 that have been specficially designed to work with the larger display of the Apple Watch Series 7. The new ‘Contour’ face takes the dial right to the edge of the display and fluidly animates throughout the day, emphasising the current hour. While the new ‘Modular Duo’ face leverages the extra screen area with two large, data-rich centre complications.

Apple hasn’t given a specific release date for the Apple Watch Series 7 yet, only saying that it will be available later in the autumn.


MORE : iPhone 13: How you can pre-order Apple’s new phone


MORE : iPhone 13 release date: When is the Apple event and how can you watch it?