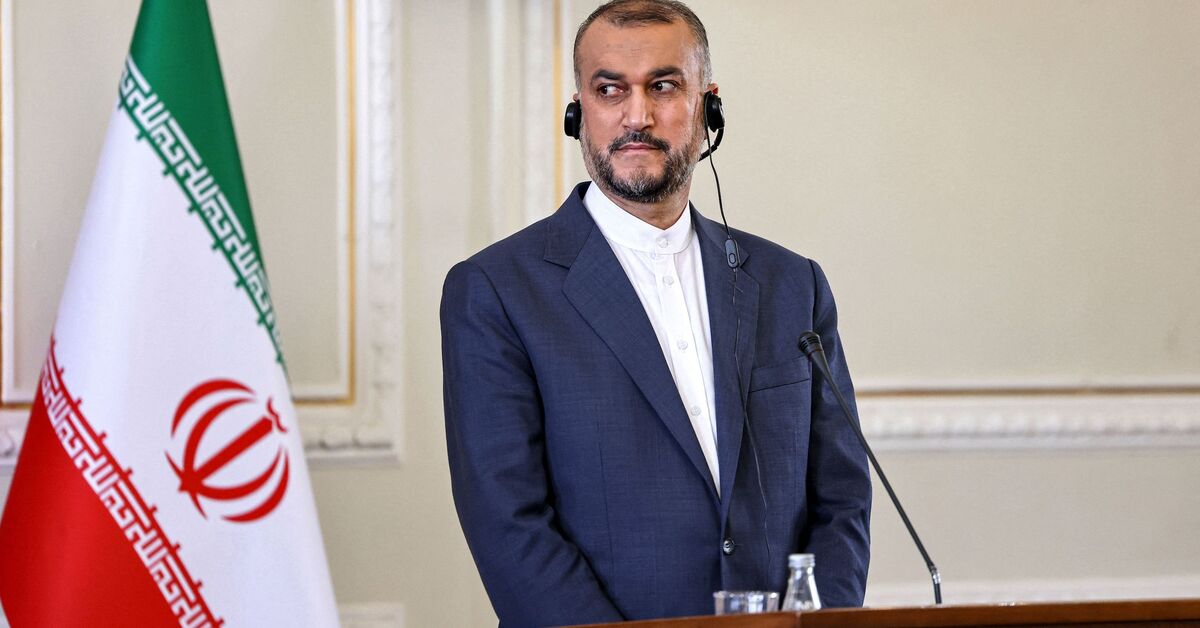 NEW YORK — Iran’s foreign minister said that his country is ready to work with the International Atomic Energy Agency (IAEA) to resolve questions about uranium found at three undeclared sites, as long as the agency addresses these questions “technically,” rather than politically.

“The agency has questions about three alleged sites that they say they have found uranium, and we are ready to provide answers to those questions,” said Iranian Foreign Minister Hossein Amir-Abdollahian in an exclusive interview with Al-Monitor on Sunday evening.

Once there is agreement on a return to the nuclear deal, known formally as the Joint Comprehensive Plan of Action (JCPOA), Iran will be ready to grant access to the IAEA “beyond safeguards,” he said.

“These apparent baseless allegations against Iran, that have been put on the agenda of the agency [IAEA] need to be removed first,” he said. “But we believe and accept that to do so, there has to be some technical work to be done.”

“At the same time, the agency needs to behave and act technically,” rather than politically, he added.

He referred to a similar process in 2015, when the IAEA ended its probe into the past military dimensions (PMD) with a resolution that allowed the JCPOA to proceed. As in 2015, he said, “there needs to be the political will to close the case of these allegations.”

Asked why Iran is not addressing the outstanding issues in the JCPOA via direct talks with the United States, Amir-Abdollahian said the Americans did relay a message in New York last week: “Let’s talk directly.”

“We are not afraid of having face-to-face talks with the United States, but we should feel that it is going to be a game changer, that there is going to be some kind of gain for us.”

“If the Americans are serious, and they are willing to show their willingness and desire to get back to the JCPOA, these [indirect] messages will suffice.”

Asked whether in the absence of direct talks, Iran would support a new round of EU-facilitated indirect negotiations, Amir-Abdollahian did not necessarily see a need to do so, saying that Iran’s position in the recent rounds has been to make the agreement more transparent and less ambiguous.

“But if the American side feels that there needs to be another round of talks done by the coordinators, I mean, [EU foreign policy chief] Josep Borrell and the EU, then we are not going to reject that.”

On economic guarantees, Amir-Abdollahian said there had been “some progress” made in recent weeks as a result of messages exchanged with the Americans.

“We really want this to happen,” the foreign minister said, referring to a return to the JCPOA and the economic benefits that would flow from the lifting of sanctions.

In response to a question about whether a shift in Iran’s regional policy might also be a form of guarantee for Iran, Amir-Abdollahian said that while the current negotiations over guarantees are about assurances of economic gains for Iranians from the lifting of sanctions, and not regional issues, “we welcome new initiatives in line with ensuring or contributing to peace and security in the region, especially those by the United Nations,” noting his regular conversations with UN Secretary General Antonio Guterres.

Asked about the status of a possible exchange of prisoners, Amir-Abdollahian said Iran is “absolutely ready.”

“I’m optimistic,” he said. “I think it can happen, to take positive steps with regards to the exchange of detainees or the prisoners. But it’s up to the Americans.”

Regarding the prospects for improvements in Iran-Saudi ties following five rounds of talks hosted in Iraq, Amir-Abdollahian said “We do welcome the idea of diplomatic ties getting back to normal,” noting that some agreements have yet to be implemented.

Amir-Abdollahian said he had good discussions this week with his Iraqi counterpart, Fuad Hussein, on “next steps so that [Iran-Saudi] diplomatic relations are restored. We welcome the idea of the reopening of our embassies.”

Asked about whether Iran would undertake reforms, such as loosening hijab restrictions or disbanding the morality police in response to the anti-government protests following the death in custody of Mahsa Amini, Amir-Abdollahian said, “I’m telling you there is full democracy in Iran, you will have to see it for yourself.”

Amir-Abdollahian said  “we are all saddened” by Amini’s death and “all the branches of power in Iran are at work to see what happened.”

Over the past week, videos have shown Iranian police opening fire on anti-government protesters. He said that some of the images of violence against demonstrators have been “fabricated” and that “those people were not all killed by the security forces.”

He added, “you have to respond to riots in a powerful, mighty way.”

This article will be updated Monday to include a transcript of the interview.