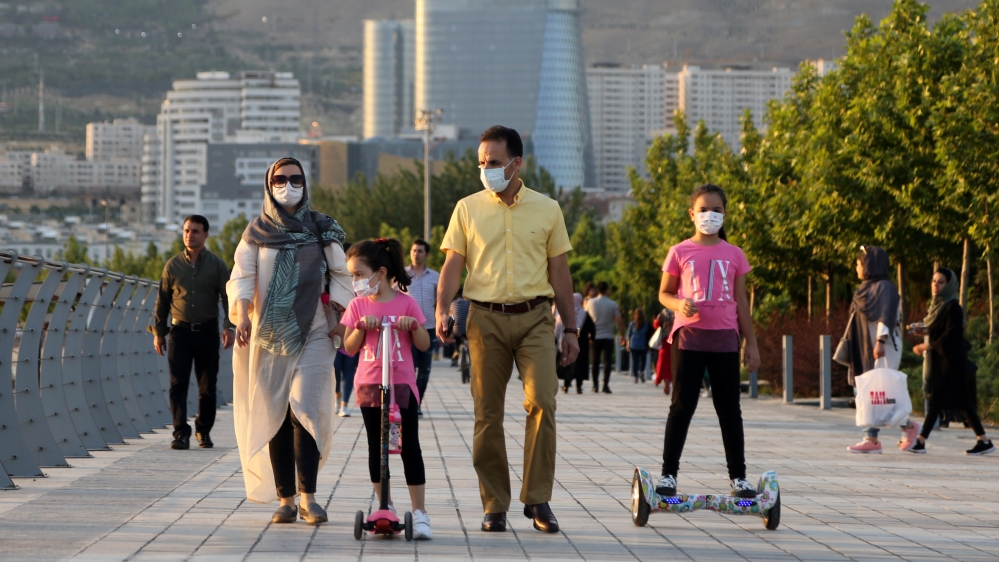 Government employees went back to work in Iran on Saturday, and President Hassan Rouhani said mosques would resume daily prayers across the country, even though some areas are seeing high levels of coronavirus infections.

Rouhani also said on state television that shopping malls would be able to stay open beyond the 6pm (13:30 GMT) closing time imposed as part of the lockdown, a further step in the government’s plans to steadily ease the curbs.

“Doors to mosques across the country will open to the public for daily prayers,” Rouhani said, adding that worshippers should observe social distancing and other health protocols. He did not say when mosques would reopen.

Authorities are taking tougher measures to ensure health regulations are observed, such as barring people from buses and metro trains if they do not wear face masks, Iranian media reported.

Alireza Zali, head of the government-led Coronavirus Taskforce of Tehran, told state TV the situation in the capital was “still not favourable,” adding that the gradual easing of curbs should be accompanied by a “more serious observance” of the rules.

Authorities had progressively closed mosques across Iran after confirming the first coronavirus infections in February.

Mosques in areas falling into the white category were allowed to reopen their doors for prayer for the month of Ramadan – April 25 to May 24 – but only for individual prayer.

For Eid al-Fitr, the holiday marking the end of Ramadan, collective prayer was permitted in some areas.

The Iranian president also warned the population against believing that the country was rid of the virus, emphasising that it was here to stay.

A ministry spokesman said on Saturday that the southwestern province of Khuzestan was still classified as “red” due to the higher number of infections and deaths, while seven other provinces were at risk.

A further 57 people who tested positive for the virus died over the last day, the health ministry said on Saturday, taking the total confirmed death toll to 7,734.

The official figures show a renewed acceleration in virus cases since early May.

The ministry announced 2,282 new confirmed infections on Saturday, taking the total number of declared infections since February to 148,950.

Meanwhile, the semi-official Tasnim news agency said Omid Noorafkan, 23, a professional footballer who plays for the Iranian club Sepahan, had tested positive for the virus. It did not give further details about his condition.Â