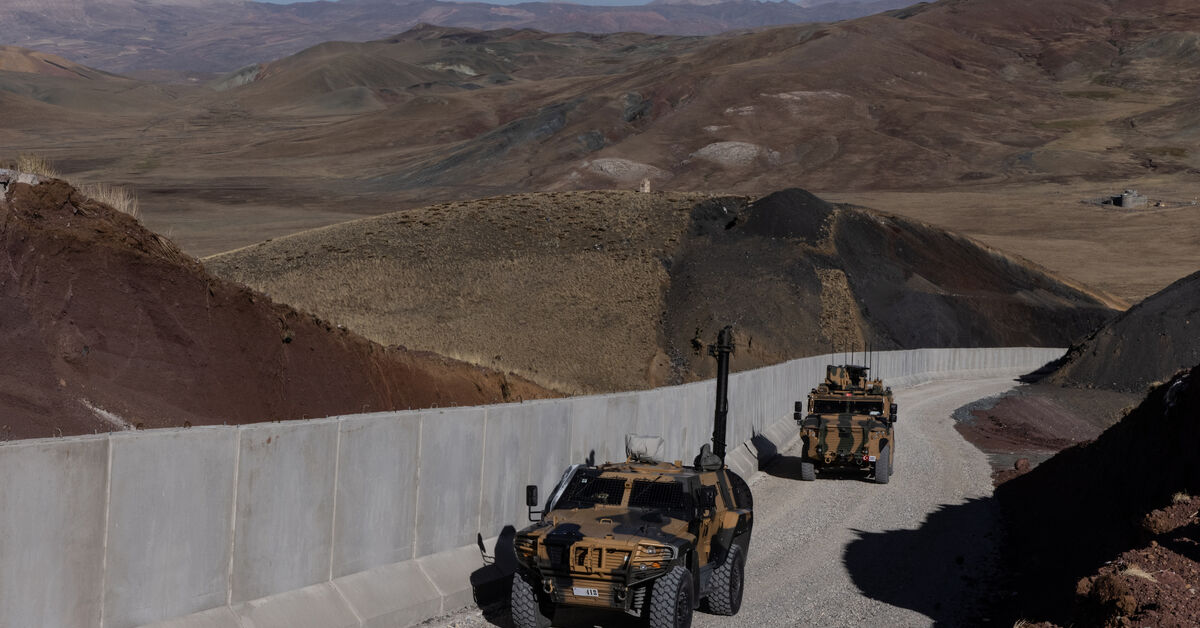 Turkish President Recep Tayyip Erdogan has been eager to boost military sales to foreign buyers, but his foreign policy often snags his ambitions. International interest in Turkey’s flourishing defense industry has risen since the Azerbaijani-Armenian war over Nagorno-Karabakh last year, in which the Turkish Bayraktar TB2 armed drones were widely touted as key to Azerbaijan’s military success. Most recently, Iraq has expressed interest in buying TB2 drones and attack helicopters from Turkey, but Baghdad’s efforts to attach strings to the deal has thrown a spanner in the works.

Iraqi Defense Minister Juma Inad revealed in late August that Baghdad had reached a preliminary understanding with Ankara to buy an unspecified number of TB2 drones and had also asked for offers for 12 T129 ATAK helicopters and six KORAL electronic warfare systems. The minister spoke after meeting with his Turkish counterpart Hulusi Akar at an international defense industry fair in Istanbul earlier in August.

It was exciting news for Turkey that Iraq, often squeezed between the United States and Iran, was turning to Turkey for military equipment. Iraq needs such weapons to fight the resurging Islamic State and beef up its defense capabilities as Washington prepares to end its combat mission in Iraq.

A Turkish source familiar with the talks told Al-Monitor that the Iraqis had first expressed interest in buying Turkish weapons during Akar’s January visit to Baghdad, but brought other dossiers to the negotiating table in ensuing meetings. In return for military purchases, the Iraqis asked for an increase in the flow rates in the Euphrates and Tigris rivers, which originate in Turkey and flow down to Syria and Iraq, and the withdrawal of Turkish troops from the Bashiqa base near Mosul, according to the source.

Baghdad has also been irked by the expansion of Turkish cross-border military operations against the Kurdistan Workers Party (PKK), the outlawed armed group that has fought Ankara since 1984 and has long taken refuge in the mountains of Iraqi Kurdistan across the border. Turkey’s cross-border pursuit of the PKK is nothing new, but Turkish operations have recently expanded beyond PKK camps along the border, reaching as far as Sinjar and Makhmour. Though Baghdad has protested the operations, it is well aware it cannot influence Ankara on this issue and has not brought it up as a condition. Still, any concessions from Turkey on the water issue amid the water shortages in Iraq and its military presence in Bashiqa would mean ample brownie points for Baghdad in domestic politics.

Though the prospect of Turkey’s withdrawal from Bashiqa cannot be ruled out, Ankara has refused to make its anti-terrorism efforts a subject of bargaining. Similarly, it is reluctant to make a commitment on the amount of water flow to Iraq. Turkey has long argued that water shortages in Iraq have to do with the country’s obsolete irrigation system and poor water management in addition to decreases in rainfall.

Back in 2019, Erdogan appointed a special envoy to Iraq for a mission focused on improving Iraq’s water management. Water shortages in Iraq and Syria are often blamed on Turkey and its dams on the Euphrates and the Tigris. Under a 1987 protocol on the Euphrates with Syria, Turkey is required to let at least 500 cubic meters per second of water flow to Syria. On the Tigris, however, it has made no commitment to Iraq. Turkey contributes only 40% to the water flow of the Tigris, while Iraq contributes 51% and Iran 9%.

Asked why the Iraqi government would opt for Turkish military equipment, the source stressed that the showing of the TB2 drones in Nagorno-Karabakh played an important role, as did Iraqi hopes of extracting concessions on contentious issues with Turkey. Iraq, the source added, is looking for alternative suppliers to reduce its dependency on US weapons and munitions, especially after “the problems encountered in the upgrade of its F-16 jets.”

Russia, China and Iran have emerged as other alternative suppliers. “Curiously, the Russians have not made a strong push to add a military dimension to their ties with Iraq,” the source observed. “The Nagorno-Karabakh war brought the Turkish option to the fore. Iraq’s needs focus mostly on systems and munitions for use in fighting terrorism. What Turkey could offer in this regard appears reasonable to them,” he added.

The source said that no specific reaction has come from Washington thus far, but stressed that US influence would certainly sway Iraq’s ultimate decisions on military purchases. “They are not in a position to twist the United States’ arm,” he said.

Washington is likely to be concerned over the risk of Iran-linked Shiite militias getting ahold of armed drone technologies. Moreover, the Turkish defense industry is facing serious fallout from political crises with Washington, including sanctions over Ankara’s purchase of the Russian S-400 air defense systems.

A case in point is a $1.5 billion contract with Pakistan for 30 T129 ATAK helicopters, signed in 2018 as Turkey’s largest ever arms sale. Yet, Turkey has failed to deliver the helicopters due to Washington’s refusal to issue export licenses for US technologies used to make the gunship, including the engine. Pakistan agreed to another extension of the delivery deadline in March, but might end up revisiting a Chinese offer for the CAIC Z-10 attack helicopter.

Since the Nagorno-Karabakh war, Turkey’s armed drones, too, have come in the crosshairs of the US Congress. In a bipartisan letter to Secretary of State Antony Blinken in August, 27 lawmakers called for “an immediate suspension of any export permits for US drone technology to Turkey,” arguing that Turkey’s drone program “has destabilized multiple regions of the globe and threatens US interests, allies and partners.”

Canada has already suspended the exportation of some drone technology to Turkey over the alleged use of Canadian-made equipment by Azeri forces in Nagorno-Karabakh.

Last year Iraqi officials signaled interest in purchasing Su-57 warplanes from Russia. They have also intermittently contemplated buying Russian S-400 or S-300 air defense systems. Yet, the US sanctions on Turkey over the S-400s are believed to be forcing Baghdad to think twice about the extent of its cooperation with Russia.

Iraq acquired 20 Chinese CH-4B drones in 2015, but has lost eight of them in operations against IS, while the remaining units have been grounded by maintenance issues. And with the problems plaguing Iraq’s F-16 fleet, Turkey’s TB2 drones do appear as a low-cost, high-efficiency option for Iraq.

Yet, the political instability and uncertainties in Baghdad stand out as another caveat. “Getting decisions made and then implementing them is not easy with Baghdad, not only in terms of the defense industry cooperation offer but in other projects as well,” the source told Al-Monitor, citing as an example the Turkish envoy’s failure to make progress on water management.

The upcoming Iraqi elections have raised uncertainty on how long it will take to have a new government in place. “Commitments made in such an environment are of low credibility,” the source said. “Yet, if political hurdles are overcome, Iraq could benefit greatly from military cooperation with Turkey. … Training and equipment support from Turkey as well as Turkey’s experience in fighting terrorism are important for them,” the source added.

From Ankara’s perspective, the systemic problem standing in the way of defense cooperation will continue no matter what government emerges from the Iraqi elections. Also, the spats over water and military bases remain important on the Iraqi side. Baghdad’s approach to military cooperation appears based on soothing its domestic public.