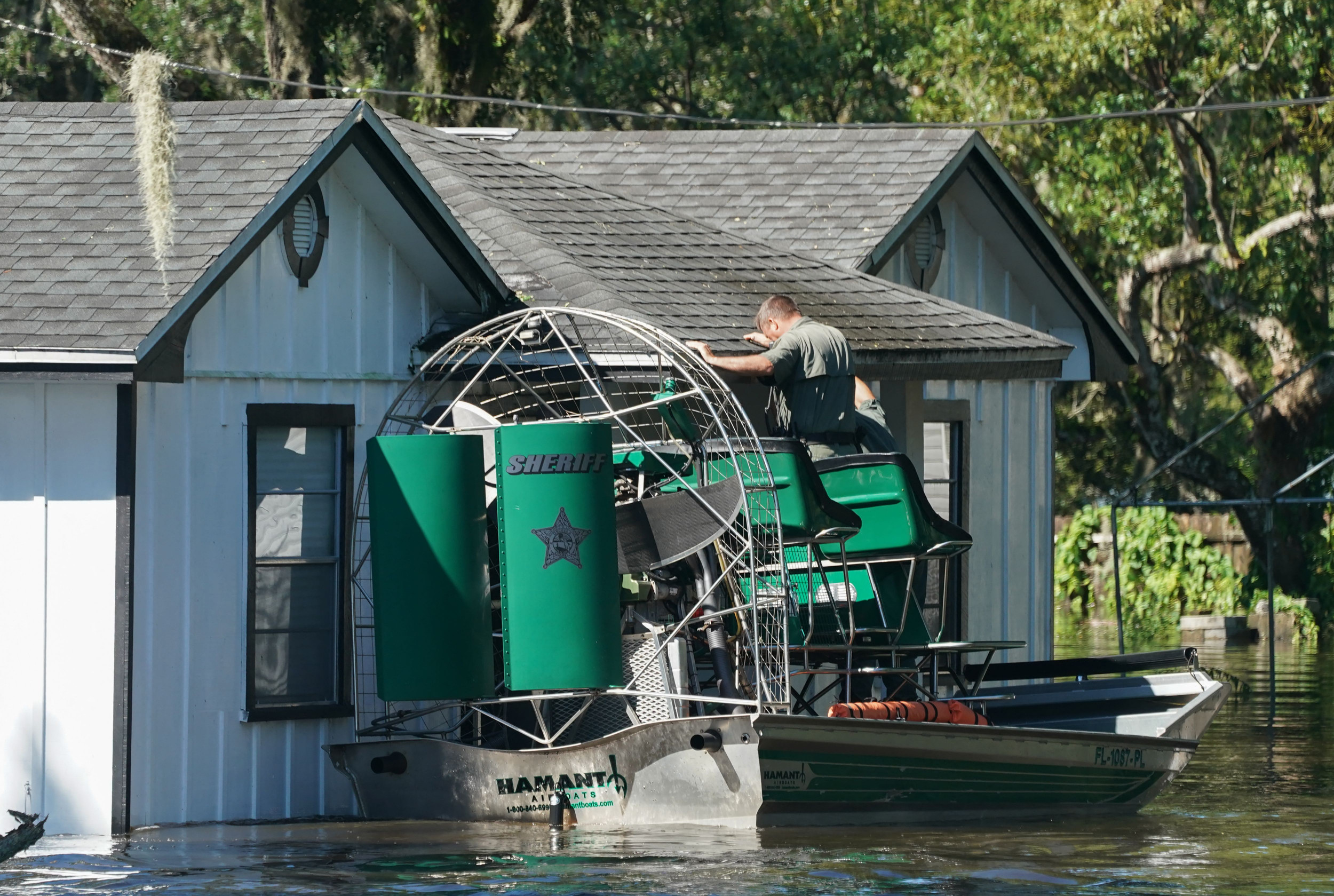 Two years before his congressional-election loss to current Democratic gubernatorial candidate Charlie Crist, former Republican Representative David Jolly narrowly won election in his Tampa Bay-area congressional district by just under 2 percent of the vote in a race considered by many to be a national bellwether.

Polling showed little daylight between the two. And entering the tail end of the Barack Obama presidency, Republicans appeared to be at an advantage amid lingering concerns about the state of the economy and growing pains from Democratic policies like the Affordable Care Act.

In Florida, however, the key to the race was not health care, an issue that defined so many other races that election cycle. It was Florida’s property insurance crisis, and whether Jolly or Democratic challenger Alex Sink had the better policy to address the problem, which is front and center again after Hurricane Ian tore across the state this week.

“That’s one of the reasons that the leadership in the House moved quickly on a flood insurance bill,” she added. “Because they knew that it could be very difficult for their Republican candidate to try to get here without having addressed the No. 1 concern of the people of that district, which is flood insurance.”

Six years later, Florida’s property insurance industry is still in a state of crisis, fueled by an onslaught of roofing scams that has forced dozens of companies to shut their doors, raise rates or exit the state entirely.

Many companies currently do not cover flood damage under their insurance policies. And recent attempts by the state’s Republican-led legislature have failed to stem the issue, accelerating industry losses over that time to about $1 billion and forcing the closure of six insurance companies in the state in the last seven months.

Though Governor Ron DeSantis recently signed two pieces of legislation in a special session to try to stabilize the market, the rewards will likely not be felt for some time as the state begins looking toward its recovery from Hurricane Ian.

“I don’t know if we’re going to see an immediate impact of the recent legislation at this point,” Patricia Born, an expert in risk management at Florida State University, told Newsweek.

Even with Hurricane Ian just having passed through, the property insurance crisis already has become a campaign issue. Crist, who trails DeSantis in the polls by roughly 5 1/2 points, has continued to criticize DeSantis’ performance in heading off the crisis, recently describing DeSantis as “the worst property insurance Governor in Florida history, period.”

“Gov. DeSantis let these insurance companies double Floridians’ rates and they’re still going belly up when homeowners need them most,” Crist told reporters on Monday. “You pay and pay and pay, and the insurance company isn’t there for you in the end anyway.”

DeSantis has stressed the state’s preparedness for the coming storm, noting the recent reforms included $2 billion in money as a backstop for stressed insurance companies. DeSantis said Wednesday that the state-run Citizens Property Insurance’s $6 billion surplus would be sufficient to cover an anticipated $3.8 billion in claims expected as a result of the storm, Florida Politics reported.

“These claims need to be paid out very quickly to ensure people can get back on their feet,” DeSantis said during a Thursday news conference.

Whether it poses a political problem—or even if it can be wholly addressed—is another issue. While various scams wreaked havoc on the market, Florida, Born said, is a hurricane-susceptible region, with significant amounts of urban development in areas that are particularly vulnerable to damage.

Though the DeSantis-backed reforms were means to address a long-standing issue, most legislation, Born said, will ultimately fail to address the regular liabilities of insuring high-risk assets along the state’s coast.

“We were seeing some trouble with insurers already leading into this,” Born said. “And if the market has a lot of uncertainty—which is not just because of floods and hurricanes, but because of litigation and bad faith type of arrangements—it’s hard for capital to come into the market.

“The big insurers that have lots of resources are stepping away from Florida. They have been for years. They don’t want to have this exposure. So you end up with more smaller insurers who don’t have a lot of capital. We need diversified insurers to keep this market afloat, and we don’t have that.”

At the same time, messaging around natural disasters poses a significant challenge, particularly on an issue that is already complicated and highly nuanced with so many moving parts.

“It’s risky to try to score political points out of natural disasters—particularly so soon after the devastation occurs,” Michael Gordon, a New York City-based political strategist, told Newsweek. “The other factor is that it’s a complex issue to explain to voters. You can’t make a soundbite out of it easily. And if DeSantis is seen as having led the state successfully during this crisis, it’ll be harder to hit him on something storm-related.”