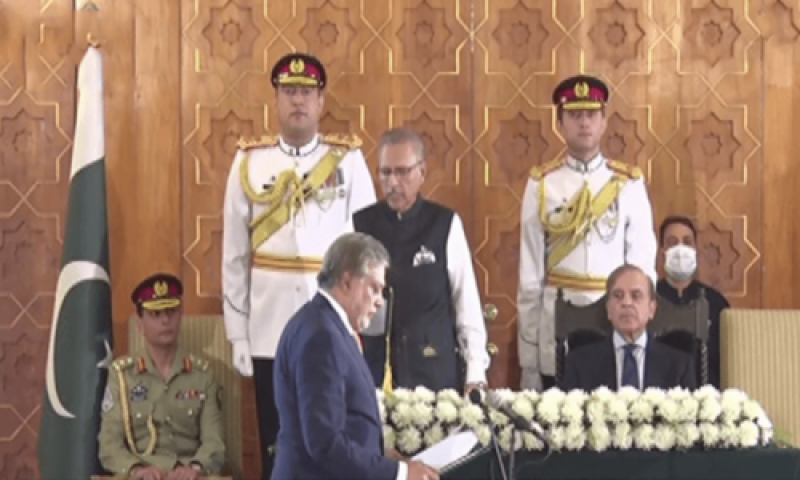 President Arif Alvi administered the oath to Ishaq Dar at a ceremony organised at Aiwan-e-Sadar.

The oath-taking ceremony was attended by federal ministers, parliamentarians and senior government officials.

Opposition members vehemently protested and surrounded the dais of the chairman senate as the PML-N leader was sworn in as a member of the upper house.

Talking to reporters at the Nur Khan Airbase in Chaklala, on Tuesday, he said that PML-N supremo Nawaz Sharif and the prime minister has entrusted him the responsibility of the finance ministry.

“I will try my best to fulfill all the responsibilities. We will try to take out the country from the economic maelstrom it is stuck in […] the way we did in 1998 and 2013.”