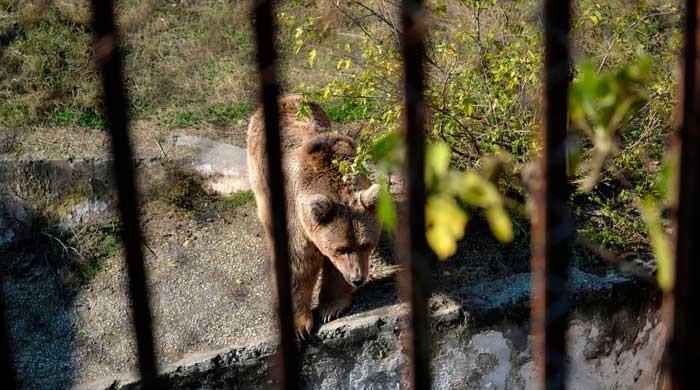 ISLAMABAD: The doors of Islamabad Zoo, a facility whose poor conditions sparked an international campaign for the release of Kaavan â€” dubbed as the world’s loneliest elephant â€” were closed on Wednesday in line with the orders of the Islamabad High Court.

Two Himalayan bears named Bubloo and Suzie were the last to leave the facility, almost three weeks after Kaavan, the country’s only Asian elephant was flown to a wildlife sanctuary in Cambodia.

“The Islamabad zoo is now completely closed for both public and officials,” Saleem Shaikh, a spokesman for the ministry of climate change told AFP.

“Both the bears will be flown to a sanctuary in Jordan.”

Shaikh said the move was arranged with the help of Four Paws International â€” the same group that spearheaded the relocation of Kaavan whose plight championed by singer and Oscar-winning American actress Cher.

She flew to Pakistan to see the elephant’s departure, and then to Cambodia to watch him arrive.

The ailing health of Kaavan, an overweight, 35-year-old bull, highlighted the woeful state of Islamabad’s zoo, where conditions were so bad that the Islamabad High Court in May ordered all animals to be moved.

Two lions died during their relocation when zookeepers attempted to pry them from their pen by setting ablaze piles of hay.

An ostrich also died in the move.

Islamabad Zoo, previously Marghazar Zoo, was established in 1978 on 10 hectares of land as a home for indigenous species.

Authorities now plan to expand it as a wildlife conservation centre.

With little legislation to safeguard animal welfare, zoos across Pakistan are notorious for their poor conditions.

In 2018, some 30 animals died within months of a new zoo opening in the northwestern city of Peshawar, including three snow leopard cubs.

IHC irked over delay in transfer of bears

Last week, the Islamabad High Court was irked due to the delay in the transfer of the two Himalayan bears to Jordan.

Bubloo and Suzie were to be moved to the Al Maâ€™wa animal sanctuary in Jordan but the zoo authorities impeded the December 6 transfer.

Four Paws had also stated that it was “surprised” on the sudden cancellation of export permit.

The judge remarked that the lives of the two bears are in danger and advised the board against making it an ego issue.