It was a dining knife that Younis Khan had: Mickey Arthur steps in to clarify Grant Flower knife incident 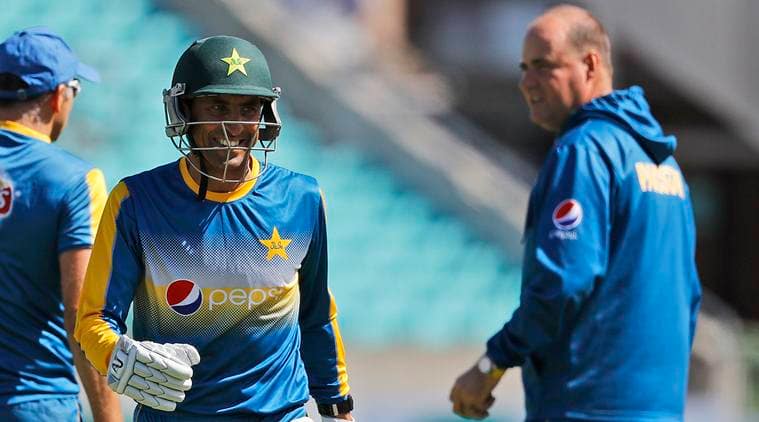 After Grant Flower recently revealed that former Pakistan great Younis Khan had put a knife to his throat during his time as Pakistan batting coach, then head coach Mickey Arthur has joined in on the conversation.

Flower, who was in Pakistan Cricket Boardâ€™s (PCB) payroll from 2014 to 2019, recalled an incident behind-the-scenes on the Following On Cricket Podcast on Wednesday.

It was during Pakistanâ€™s tour of Australia in 2016 in the Brisbane Test where Younis had a disagreement with the former Zimbabwean cricketerâ€™s batting tips, so much so, that he brought a knife to his throat.

â€œI remember one incident in Brisbane, during the Test, at breakfast, I tried to give him [Younis Khan] a bit of batting adviceâ€¦ but he didnâ€™t take kindly to my advice and brought a knife to my throat, with Mickey Arthur sitting alongside, who had to intervene. Yes, itâ€™s been interesting, but thatâ€™s part of coaching. It makes it a hell of a journey,â€ said Flower.

After the incident came to light, Arthur has come forward to clarify the situation.

â€œIt was a dining knife that Younis Khan had in his hand. I calmed Younis down and just wanted him to get runs in the second innings which thankfully he did,â€ PakPassionâ€™s Saj Sadiq quoted him, Arthur, as saying.

Younis had scored a golden duck in the first innings and a 65 in the second. He had ended that tour of Australia with a 175* in Sydney.

After his retirement in 2017, Younis Khan moved up the coaching ladder and got appointed as Pakistanâ€™s batting coach earlier this year.