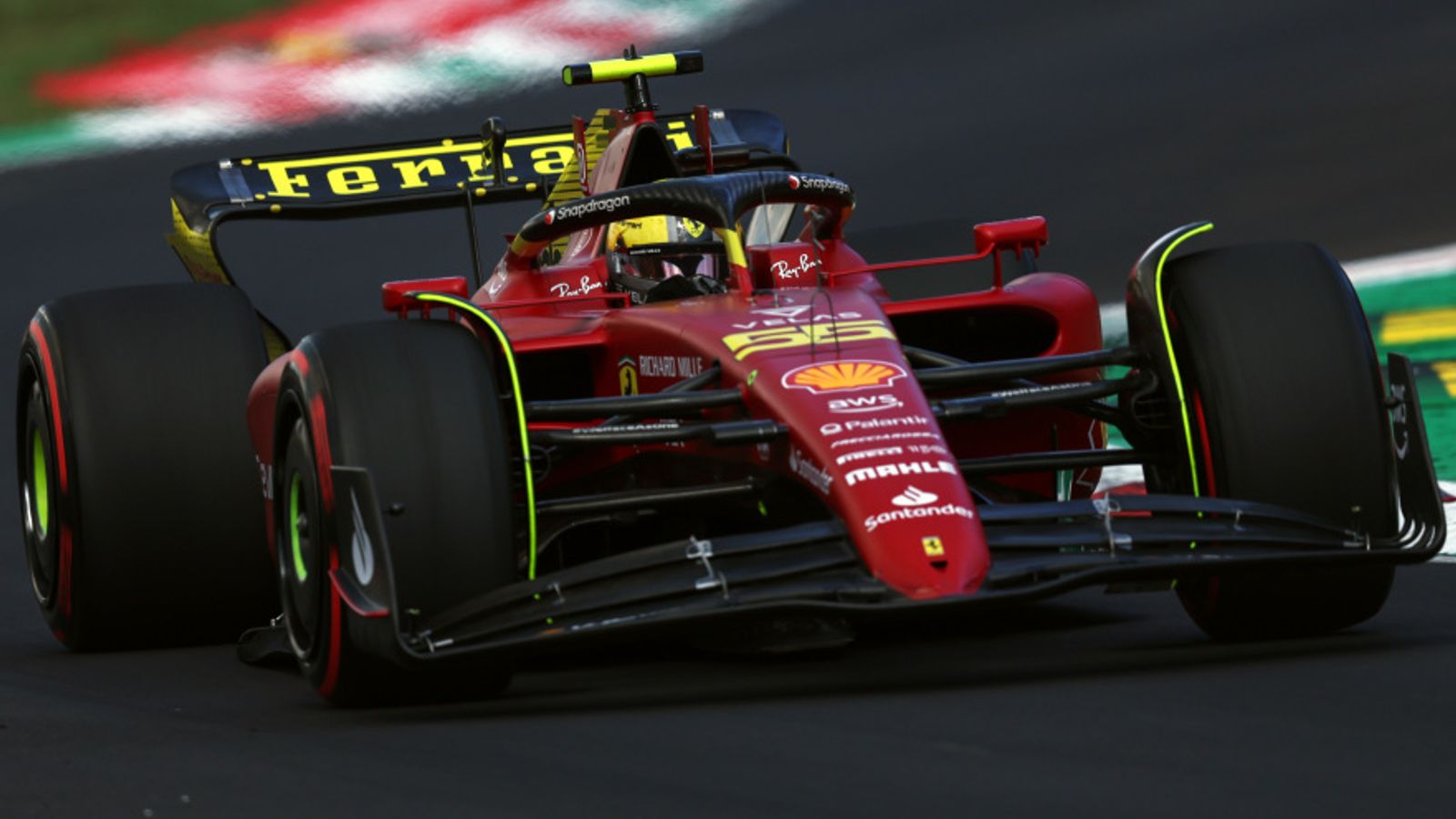 The Formula 1 paddock paid their respects to Queen Elizabeth II ahead of the Italian Grand Prix.

The Formula 1 paddock paid their respects to Queen Elizabeth II ahead of the Italian Grand Prix.

F1, taking place this weekend at Monza, held a minute’s silence moments before Friday’s first session began, which was impeccably observed by drivers and teams in the pit lane and was followed by a short applause.

There have also been tributes to The Queen on many of the cars, and touching words from the sport’s leading figures.

Sainz’s time of 1:21.664 saw him outpace world championship leader Max Verstappen by 0.143s, although both drivers are facing grid penalties in Sunday’s race after exceeding their allowance of new parts.

Charles Leclerc, who had led a Ferrari one-two from Sainz in first practice, was half a tenth further back in third, and looks well positioned to contend for a home victory for the Italian team amid the penalties for his rivals.

While the top three appeared in a league of their own, Lando Norris produced an impressive performance to take fourth for McLaren ahead of both Mercedes drivers, with fifth-placed George Russell and team-mate Lewis Hamilton split by the Red Bull of Sergio Perez.

“We started off quite well, but Ferrari and Red Bull have taken a step forwards – or maybe we’ve taken a step back,” said Russell. “We were obviously behind a McLaren in P2 so a bit of work is needed to understand that.

Hamilton added: “I’m giving everything out there, it just doesn’t feel particularly quick.”

The session was interrupted by a red flag around its midway point as a power unit issue caused Mick Schumacher to stop out on track, with the Haas driver having already been rumoured to be likely to join the growing list of drivers taking grid penalties for Sunday’s race.

Formula 1 CEO Stefano Domenicali has paid tribute to The Queen following her passing at the age of 96 on Thursday.

Formula 1 CEO Stefano Domenicali has paid tribute to The Queen following her passing at the age of 96 on Thursday.

Verstappen has taken his fifth Internal Combustion Engine of the season and so will take a five-place grid penalty, while his Red Bull team-mate Perez is taking a 10-place penalty.

Ferrari’s Sainz will drop to the rear of the grid along with Yuki Tsuonda and Lewis Hamilton, with the Mercedes driver’s penalty having been confirmed on Thursday.

F1 are expected to pay further tribute to The Queen ahead of Sunday’s race, and Red Bull boss Christian Horner said there was a “sombre mood” in the paddock on Friday.

“It’s a very sombre mood here,” he told Sky Sports F1. “Obviously the news of her passing was very sad for everybody, for the whole nation.

“We should be celebrating what she did for our country, the way she represented us and the high standards she had. The response in Monza here this morning was extremely moving.”

McLaren’s British driver Norris added: “The news is saddening to hear about Queen Elizabeth, sad for the whole of the UK. Condolences to the whole Royal Family for everything that she’s given for us Brits.”