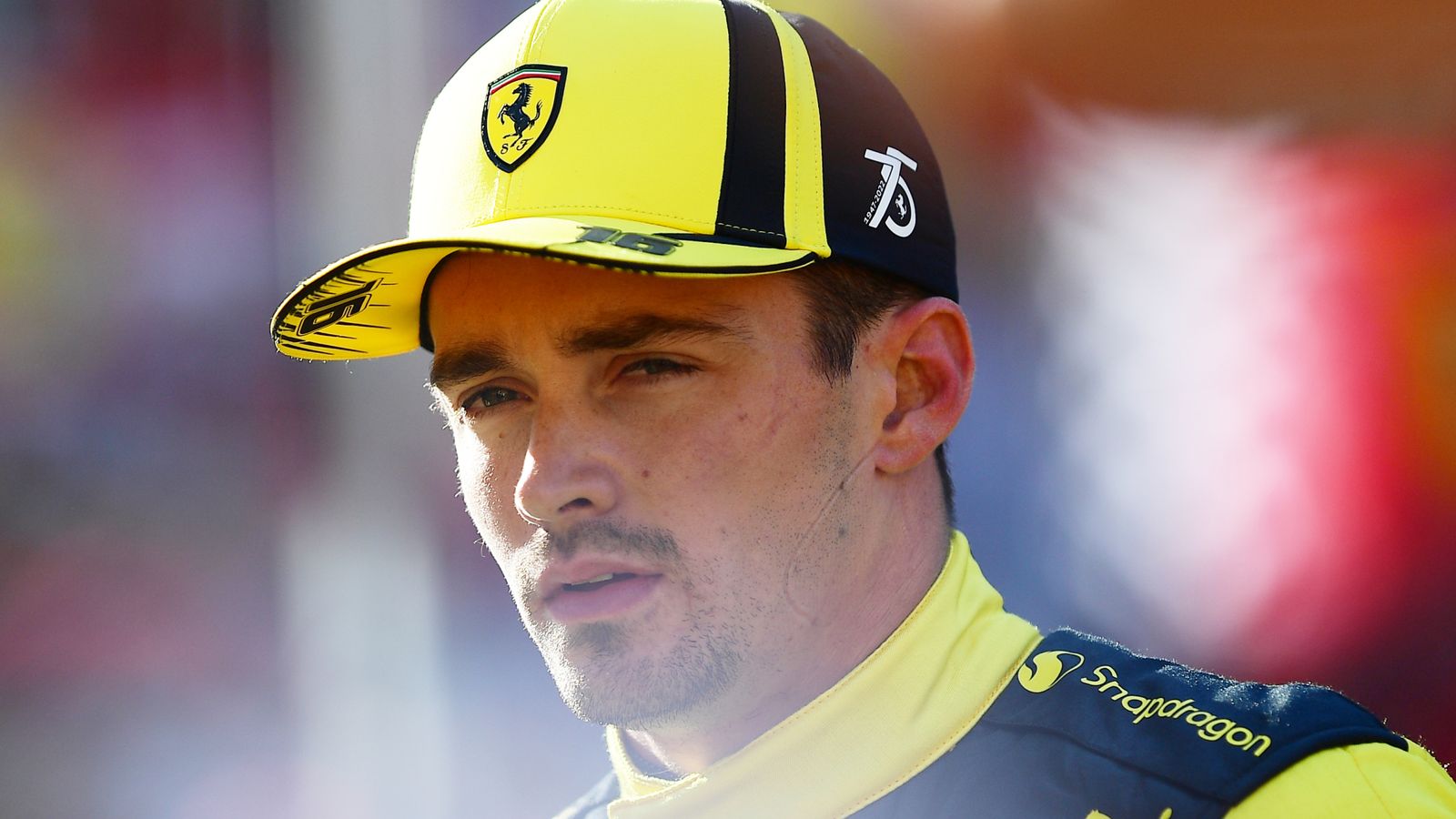 Charles Leclerc says he is confident his Ferrari has the pace to hold off Max Verstappen and secure a home victory from pole in Sunday’s Italian Grand Prix.

Leclerc took pole position in Monza to the delight of the Tifosi but faces a potentially greater challenge to deny runaway world championship leader Verstappen over race distance on Sunday.

The Dutchman qualified narrowly behind Leclerc in second but will start from seventh, as he is one nine drivers receiving grid penalties for taking new parts.

“Today is good but now we need to repeat it tomorrow,” Leclerc told Sky Sports F1. “Tomorrow is critical, but today the feeling (of the car) is really good. We just need to put everything together and do no mistakes.

“Honestly, I am quite confident that we have got a very good race pace.

“They have got a different configuration and higher downforce but I am quite confident we can make this work.”

At the track with the most similar characteristics to Monza, Belgian’s Spa, Verstappen was completely dominant as he eased to victory last month despite starting 14th on the grid because of penalties, but Leclerc is adamant things will be different this time around.

“I think Max and Red Bull were on another planet in Spa and we were just really, really struggling with the feeling of the car,” Leclerc added.

“Since FP1 it’s been a completely different weekend here, we’ve been working a lot since Spa to work out exactly what we did wrong, and I think we came up with quite a lot of different answers that we’ve applied here and hopefully for us we are in a much better position.

“I’m sure that Max will come back very quickly to fight with us for first position, but it will be a very bad surprise if he passes us like he did in Spa and pulls away.”

Verstappen agreed with Leclerc that a repeat of his Spa advantage is unlikely, but suggested a Red Bull setup geared more towards the race than qualifying could aid him on Sunday.

“You could see already the whole weekend they (Ferrari) were very competitive and Spa could have been a bit of a fluke, especially for other teams,” said Verstappen, who holds a 109-point world championship lead with seven races remaining.

“I think our car was good again, we chose to run a little more downforce than other teams.

“Maybe over one lap it isn’t the right strategy but I always felt really comfortable on the long runs so I am hoping tomorrow when it is even warmer and tyre degradation comes into play that it will be a good one for us.”

Verstappen, who had to wait almost four hours after qualifying finished to receive confirmation that he would start seventh amid confusion over the application of grid penalties, will have to pass five cars – including Mercedes’ George Russell and both McLarens – to get to Leclerc.

“They (McLaren and Mercedes) were quite far off in qualifying so I am not really expecting them to be a big threat but I am hoping it is not going to become a DRS train because then it becomes really difficult for me to pass them,” Verstappen added.

“Let’s see tomorrow, I hope of course nothing happens in lap one and then if we have good race pace, anything is possible.”

One of the main beneficiaries of the penalties was Russell, who jumps from sixth in qualifying to second on the grid, but is not optimistic about his chances of competing for victory.

“I think we need to focus on ourselves to be honest,” the Mercedes driver said. “I think we have seen last week and in Budapest if we are focused on cars that are ultimately faster than us, we end up compromising our overall result.”

Unlike Leclerc and Verstappen, Russell is adamant the Red Bull will be significantly faster than the Ferrari, although it should be noted his remarks were made when it was widely expected that the Dutchman would start fourth.

“I would like to think we could fight with Charles and to fight with Max I think there is no chance, they are far quicker than us,” Russell said.

“A podium has got to be a minimum for us so I hope we can have a clean start and be in the fight.

“We are not really too focused on him (Max) or what they do because he will finish ahead of us ultimately. He will probably be in the lead in 15 laps maybe.

“I don’t think it is quite as easy to overtake here as it was in Spa but with the pace they have got, they will be slicing through.”

While the varied penalties created huge confusion after qualifying, there was never any doubt that Hamilton and Sainz, whose penalties confined them to the back of the grid, would start 18th and 19th.

Perez starts 13th after receiving a 10-place penalty, which couldn’t be fully imposed due to all the cars behind him on the grid also having penalties.

While Sainz is likely to have the pace to come through the field, Mercedes’ lack of straight-line speed left Hamilton concerned that he could be in for a frustrating afternoon.

“It is going to be tough tomorrow because the DRS doesn’t make a huge difference,” Hamilton said.

“It is quite small and there could be a lot of people in a DRS train, so it could be quite a frustrating day.

“Nonetheless, I will try to be positive going into it.”

The sport continued to pay its respects to Queen Elizabeth II, with several cars carrying visual tributes. A minute’s silence was observed by all teams in the pit lane ahead of first practice on Friday, and further tributes are expected before Sunday’s race.

Watch the Italian Grand Prix live on Sky Sports F1 at 2pm on Sunday, with build-up from 1pm.