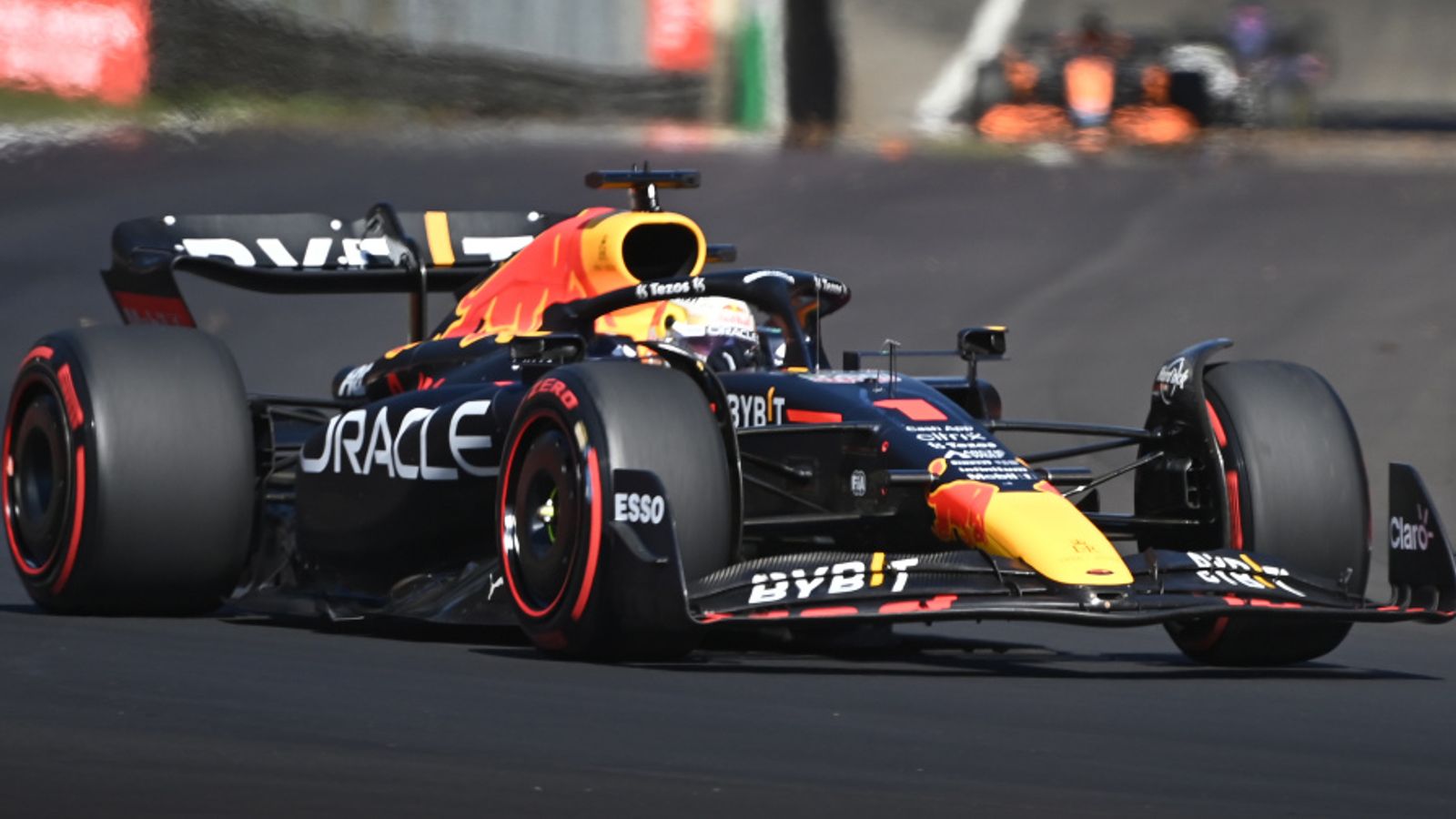 Max Verstappen started from seventh after a grid penalty but was up to second after just five laps; Charles Leclerc was on pole but was unable to match Verstappen’s pace; the Dutchman’s fifth straight victory tightens his grip on the world championship

Red Bull’s Max Verstappen takes victory at the Italian GP as the race ends behind a safety car.

Red Bull’s Max Verstappen takes victory at the Italian GP as the race ends behind a safety car.

Verstappen started from seventh after a grid penalty, but was up to second after just five laps and clearly held a pace advantage over pole-sitter Leclerc.

Ferrari, seeking a win at its home race, pitted Leclerc after 11 laps under a Virtual Safety Car as the Italian team sought to find any sort of advantage over Verstappen, but the move was in vain as the medium tyres fitted to the Monegasque’s car failed to provide the durability or speed to mount a challenge.

With Leclerc forced to make a second stop, Verstappen held a near 20-second lead in the closing stages, before a technical failure for Daniel Ricciardo saw the McLaren stop out on track with five laps remaining, and the race end behind a Safety Car.

While Leclerc complained over radio and there were boos from Ferrari fans at the decision to finish the race behind the Safety Car, there was little doubt that Verstappen and Red Bull deserved the victory.

Max Verstappen climbed two places at the start of the Italian GP.

Max Verstappen climbed two places at the start of the Italian GP.

Carlos Sainz and Lewis Hamilton, who both started from the rear of the grid having been among nine drivers taking penalties, produced superb comeback drives to finish fourth and fifth, respectively.

Nyck de Vries, making his Formula 1 race debut after stepping in for the unwell Alex Albon at Williams, produced a brilliant performance to score points in ninth.

Lewis Hamilton passes both Lando Norris and Pierre Gasly to move up to seventh at the Italian Grand Prix.

Lewis Hamilton passes both Lando Norris and Pierre Gasly to move up to seventh at the Italian Grand Prix.

Verstappen’s first victory at Monza stretches his world championship lead over Leclerc to 116 points with six races remaining and means he could secure a second successive title when the season’s final stretch begins in Singapore in three weeks’ time.

The sport continued to pay its respects to Queen Elizabeth II, with a minute’s silence impeccably observed before the race, along with several cars carrying visual tributes.

An impeccably observed minute’s silence was followed by a round of applause for Queen Elizabeth II from both on the grid and in the grandstands at the Italian GP.

An impeccably observed minute’s silence was followed by a round of applause for Queen Elizabeth II from both on the grid and in the grandstands at the Italian GP.

After almost four hours of confusion following qualifying, it was finally confirmed late on Saturday evening that Verstappen would be made to serve his full five-place grid penalty and start seventh on the grid.

There had been speculation in the paddock that he would be able to start fourth, with mystery over how the FIA would choose to implement penalties for a total of nine drivers.

Ultimately, the Dutchman made their decision irrelevant, gaining two places at the start before overtaking Pierre Gasly and Ricciardo to end the opening lap in third.

Christian Horner admits they would have preferred Max Verstappen to win the race under normal racing regulations, rather than behind the Safety Car.

Christian Horner admits they would have preferred Max Verstappen to win the race under normal racing regulations, rather than behind the Safety Car.

By lap five he had passed Russell for second, and then began to apply pressure to Leclerc, whose soft tyres were wearing at an alarming rate.

When a VSC was triggered by Vettel stopping on lap 11, Ferrari brought Leclerc in, while Verstappen stayed out. Although Leclerc gained about 10 seconds from stopping at that point, the face he needed to complete 42 more laps on a set of medium tyres left many immediately wondering if the Italian team had pulled the trigger too quickly.

That proved to be the case as Verstappen was able to maintain a similar pace on his ageing soft tyres, while it became clear that Leclerc’s mediums would not be capable of taking him to the end.

Leclerc retook the lead when Verstappen pitted after 25 laps, but was forced to give it back nine laps later as he made his second stop, emerging almost 20 seconds behind Verstappen, who was now on mediums.

The gap closed only marginally and Verstappen appeared to be cruising to victory, until Ricciardo stopped on track with five laps remaining, this time triggering a full Safety Car.

The top four, with significant gaps between them, stopped for fresh tyres as they prepared for a possible grandstand finish, but ultimately the removal of Ricciardo’s car took too long to allow the race to resume, leaving Verstappen to take the chequered flag behind the Safety Car.