Italian GP: Max Verstappen fastest in final practice ahead as Mercedes remain off pace ahead of Monza qualifying 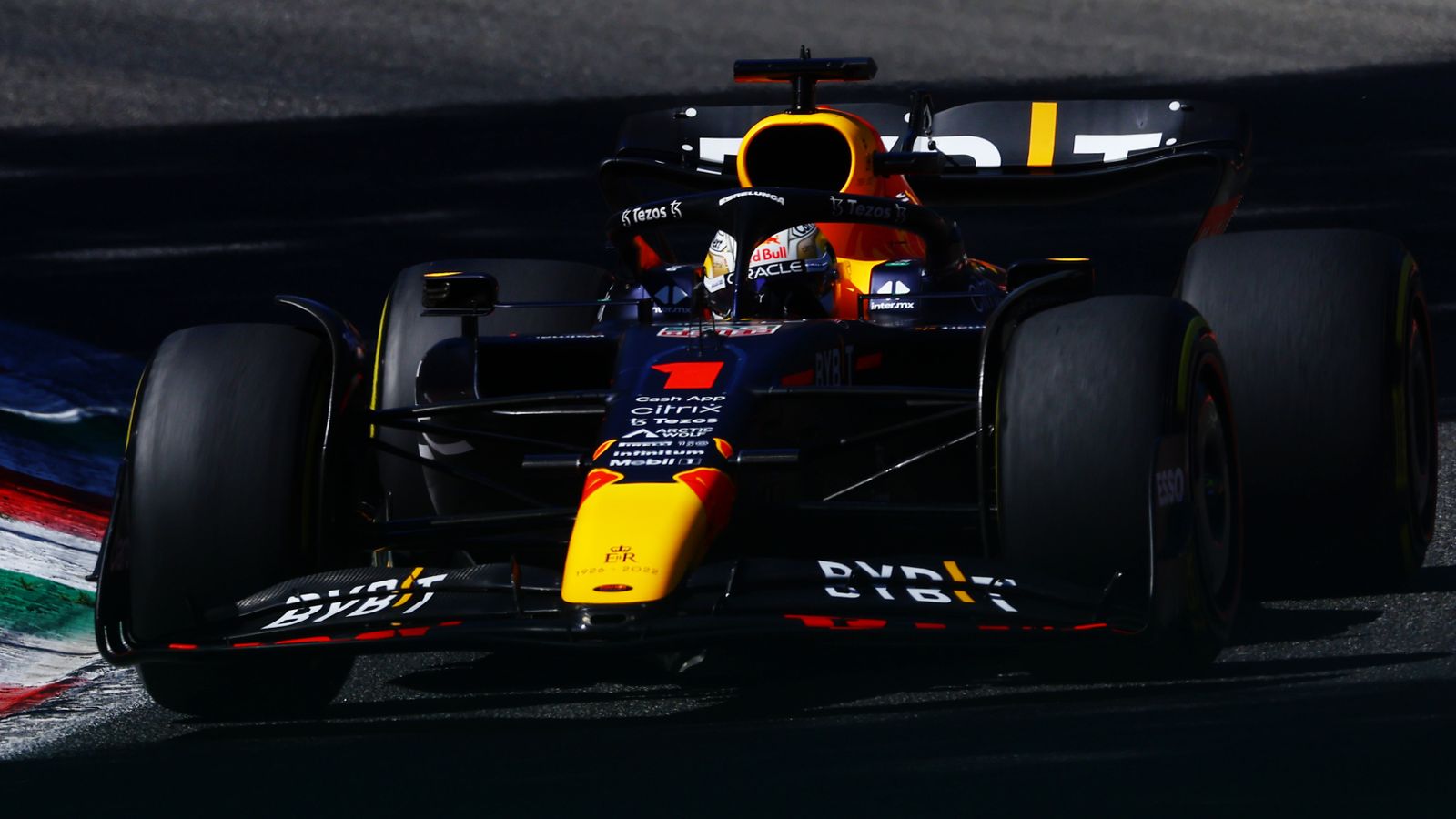 Max Verstappen was fastest in final practice ahead of Italian Grand Prix qualifying as the world championship leader once more displayed a pace advantage over Ferrari.

The Red Bull driver turned the tables on Ferrari, outpacing second-placed Charles Leclerc by more than 0.3s after the Italian team had topped both Friday sessions at its home race.

Despite Verstappen’s clear pace advantage, plenty of intrigue remains at Monza with the Dutchman one of several drivers facing grid penalties for Sunday’s race.

Verstappen’s Red Bull team-mate Sergio Perez was almost 0.6s back in third, while Carlos Sainz was marginally further back in fourth.

It was another disappointing session for Mercedes, with George Russell seventh behind Alpine’s Fernando Alonso and McLaren’s Lando Norris, while Lewis Hamilton finished down in 10th.

Nyck de Vries impressed after stepping in for Williams at short notice, with Alex Albon having been ruled out for the remainder of the weekend amid ongoing hospital treatment for appendicitis.

The Mercedes reserve driver, who is set to make his F1 qualifying and race debuts, finished 14th – within a tenth of team-mate Nicholas Latifi.

It was confirmed during the session that Alpine’s Esteban Ocon and Haas duo Kevin Magnussen and Mick Schumacher will also take grid penalties, extending the number of drivers doing so to nine. Ocon’s penalty is five-places, while both Haas drivers have incurred 15-place drops.

Verstappen has taken his fifth internal combustion engine of the season and so will take a five-place grid penalty, while his Red Bull team-mate Perez is taking a 10-place penalty.

Ferrari’s Sainz will drop to the rear of the grid along with Yuki Tsunoda and Lewis Hamilton, with the Mercedes driver’s penalty having been confirmed on Thursday.

The penalties leave Leclerc as an overwhelming favourite to start from pole, with Alonso looking most likely to join him on the front row amid Mercedes’ struggles.

Sainz, already confined to the back of the grid by his penalties, will face the stewards before qualifying after forcing Alfa Romeo’s Valtteri Bottas to take evasive action at Turn 1, when going very slowly into the opening corner.

A minute’s silence was observed by all teams in the pit lane ahead of first practice on Friday, and further tributes are expected before Sunday’s race.