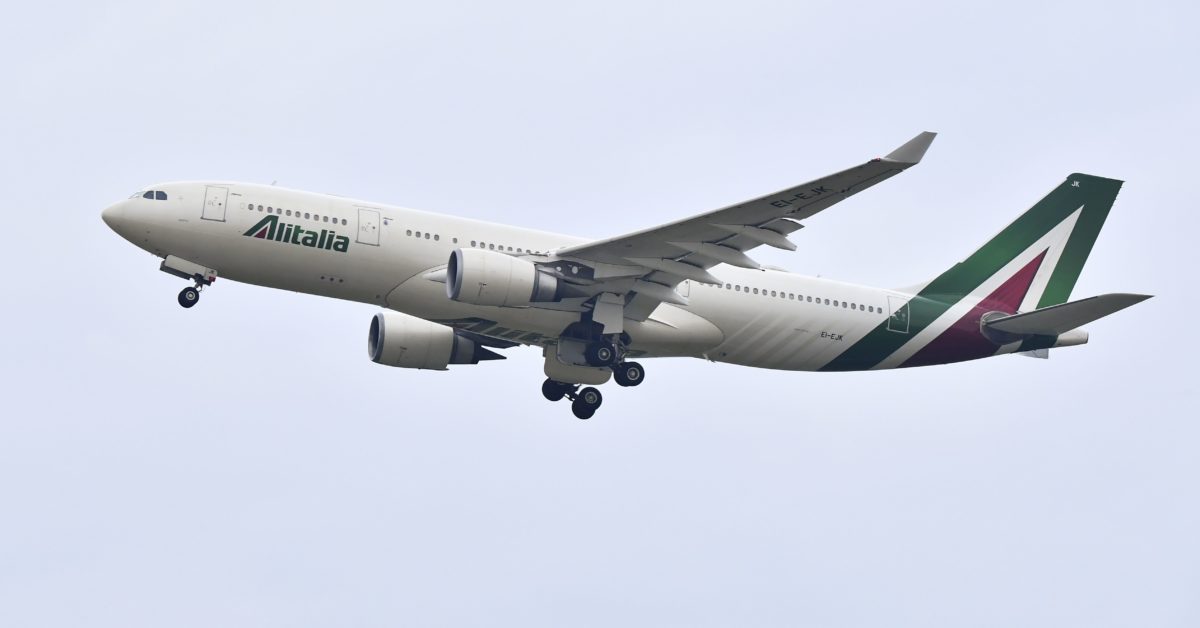 Italy’s new airline ITA is finally ready to take off after Brussels gifted Italian Prime Minister Mario Draghi a big win by deciding that it wonâ€™t have to pay back illegal subsidies granted to its predecessor Alitalia.

The EU competition watchdog on Friday concluded that the struggling Alitalia and its newly created state-owned replacement, ITA, are two separate companies, even though the new airline will probably inherit many of Alitalia’s aircraft and landing slots, as well as â€” ultimately â€” its brand name.

At the same time, Brussels ordered the old Alitalia to pay back â‚¬900 million of illegal state aid granted in 2017 but this is a somewhat academic demand as the iconic old airline is penniless.

The EU’s conclusion that ITA â€œis not the economic successor of Alitalia and is therefore not liable to repay the illegal state aid received by Alitalia,â€ as EU competition chief Margrethe Vestager put it, is great news for Draghi.

But Alitaliaâ€™s competitors are unhappy and argue Vestager has dragged her feet for too long over the Italian airline.

â€œThe Commissionâ€™s decision about the four-year-old â‚¬900 million grant is basically without meaning; it just has no effect,â€ argued Attila Borsos from law firm Gibson Dunn, who represented Adria, a defunct Slovenian airline that filed one of the complaints triggering the Commission’s probe.

Given Alitalia’s cash problems, it is highly unlikely that Rome would really be able to claw back that â‚¬900 million.

In any case, there seems a practical way round this.

â€œIf the full amount cannot be recovered, Alitalia must permanently cease all its activities and leave the market in order to completely eliminate the distortion of competition caused by the illegal aid,â€ a Commission spokesperson said. In other words, the fact of exiting the market â€” as Alitalia will do on October 15 â€” is already a satisfactory way to remove the negative effect of past aid.

However, as noted by Borsos, the state aid lawyer, Brussels could have avoided further damage to fair competition in the aviation market by acting more quickly.

â€œItalian taxpayers had to keep Alitalia afloat for over four years, and at the same time Adria Airways went bankrupt and ceased operations and other companies like Air Berlin were dismantled because they didnâ€™t benefit from state aid,â€ Borsos said.

Thatâ€™s also frustrating Alitaliaâ€™s rivals who view the probable transfer of assets like aircraft, airport slots, and â€” if the new company wins an auction â€” the Alitalia brand to ITA as a continuation of the old company.

Ryanair boss Michael Oâ€™Leary told the Italian newspaper Corriere della Sera earlier this week that he would appeal the Commissionâ€™s decision if ITA isnâ€™t required to pay back the cash on Alitaliaâ€™s behalf.

â€œIt is not right that the transfer of assets to ITA takes place without liabilities because this would be further unfair competition,â€ Oâ€™Leary said.Â

Ryanair had previously said it would be interested in some of Alitaliaâ€™s slots, and Oâ€™Leary mischievously said he was considered throwing a bid in for the brand â€” valued, according to Italian media, at â‚¬150 million â€” â€œbut only as a nuisanceâ€ to make ITA pay more (he later decided Ryanair was â€œbig and famous enoughâ€).

Andrea Giuricin, a transport economics professor at Milanâ€™s Bicocca University, said the result is a welcome one for ITA, clearing the way for it to bid for the brand, and launch on October 15.

But â€” as well as frustrating the Italian taxpayer â€” the lengthy process could have damaged the Commissionâ€™s reputation, he said.

â€œTo need four years to take a decision on the bridge loan â€¦ itâ€™s a political decision. And it loses credibility for the European Commission on Alitalia,â€ Giuricin said.

â€œThe Commissionâ€™s stated objective is to focus on state aid that is most distortive to competition. And yet, it let Alitalia benefit for over four years of a loan that was obviously state aid in a sector with intense competition,â€ noted Borsos at Gibson Dunn.

Another EU probe into a 2019 loan of â‚¬400 million is still pending, but Giuricin said he expects this to be decided on more quickly, given the obstacle of the ITA sign-off has now been cleared.

Over the years, Italian governments from across the political spectrum have supported Alitalia. Todayâ€™s decision refers to two loans for a total â‚¬900 million granted by the administration led at the time by Paolo Gentiloni, who is now the EUâ€™s Economy Commissioner.Â

Meanwhile, Rome is facing increasing pressure from trade unions over the thousands of layoffs associated with the launch of ITA, a much smaller company compared to Alitalia. Earlier this week, Alitalia workers took to the streets to protest against layoffs. The choice to nationalize Alitalia was taken during the coronavirus pandemic by the government led by Giuseppe Conte and then confirmed by the new prime minister, Draghi, the former European Central Bank chief.Â

The Conte government initially earmarked â‚¬3 billion to finance ITA. With Fridayâ€™s decision, the Draghi administration received a greenlight for â‚¬1.35 billion of which â‚¬700 million is set to be disbursed this year. According to Brussels, that investment is being made on market conditions, meaning that â€œthe investment in ITA would give the Italian State a return that a private investor would also accept.â€

The Italian government has not yet commented on the Commissionâ€™s decisions; but they are sure to be music to the ears of Draghi, who earlier this year confessed he considered Alitalia â€œa family thing, even if a bit expensive.”