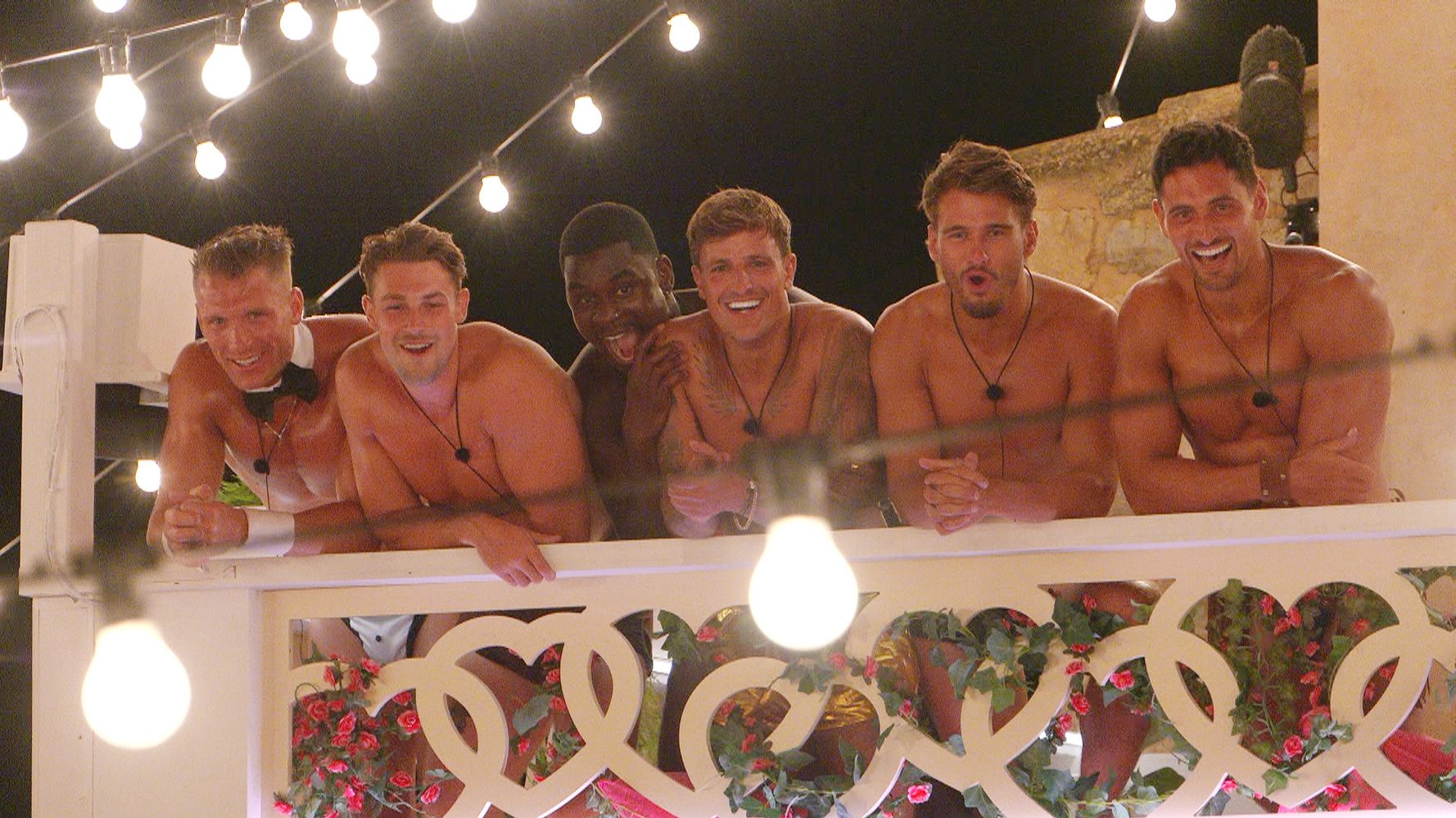 It’s 9pm in the middle of summer, it’s light outside, and there’s only one thing you could be doing. Yep that’s right, sitting inside on the sofa, scrolling your phone as you watch yet another episode of this year’s Love Island.

The ITV2 show, which briefly threatened to fizzle out after the pandemic pause of summer 2020, is once again the talk of Twitter and all of our group chats.

But while the majority of conversation usually focuses on the nation’s favourite couples and contestants, the unexpected friendships, and the fashion, more than ever, the public is fixated by the behaviour of the men this year. All of the men. And there’s really only one word being used to describe it: toxic.

“Why are all the men on Love Island this year so objectively awful?” asked Victoria Richards of the Independent – and she’s not the only one. “Sexist Love Island isn’t romance – it’s just toxic men demeaning women,” said The Sun.

Type “men are trash” into Google, and an episode of this season’s Love Island would surely come up top. Avid watchers of the show are used to seeing men behave like, well, like men. Remember the Do Bits Society, anyone? But this year’s viewing has been another level of uncomfortable.

Gemma Owen (daughter of footballer Michael) and Luca “I Sell Fish” Bish have been one of the longest standing couples in the villa.

But during ‘Mad Movies’ night, when a clip of Gemma speaking to male bombshell Billy was played, Luca angrily accused her of flirting, prompting viewers to call out what they saw as controlling and gaslighting tendencies.

Jacques, who has now left the villa, was also called out repeatedly as “toxic” for his dealings with partner Paige, ever since he told her to “fuck off” after the the ‘Heart Pumping’ challenge. And another two words – “shut up!” – landed just as badly when Dami had the cheek to throw them at new partner Summer following his and Indiyah’s frosty Casa Amor showdown.

It doesn’t even stop with the couplings.

Both Dami and Luca have been criticised for persistently picking on Tasha of late, saying she hasn’t treated partner Andrew fairly. In the recent ‘Snog, Marry, Pie’ challenge, Tasha was actually pied by the majority of the boys, leaving her visibly upset. Nothing like a bit of pack mentality is there?

In fact, Ofcom has received some 3,000 complaints in the past week alone about the male islanders – more than 2,481 of them about Luca on movie night and another 413 over the “alleged bullying and misogynistic behaviour” displayed by the wider set of boys the following night’s episode.

There have also been statements made by the End Violence Against Women coalition and the charities Refuge and Women’s Aid, with the latter confirming they have met with Love Island producers to discuss the issues arising.

Needless to say the return of Adam Collard as a bombshell , a contestant whose behaviour was called out by Women’s Aid in 2018 when he first appeared in season four of the show, has not gone down too well either.

#LoveIsland is a cultural phenomenon, reaching millions of young people across the country.

This list could go on and for women watching it’s a reminder of how common toxic behaviour like this can be in the dating world. But what do men actually make of it all?

When I first started watching Love Island in 2017, my male peers wouldn’t be caught dead watching it with me, but something seems to have shifted.

The show is always going to have a core audience of women and gay men – you only have to join us on Twitter every night for proof. But increasingly, straight men seem tuned into ITV2, too, so we thought we’d find out why.

Only women and gay men should be watching reality television, straight men need to watch their own shows like darts and snooker

“I randomly stumbled on the show in season two before it was really popular and kinda got hooked to it ever since,” says Afo Opedare, 26, a tax consultant from London, who tells me he watches for the spontaneous elements and to see how the relationships, friendships and characters develop.

“It’s a bit of a trash TV guilty pleasure,” Opedare says. “I get asked why I watch the show and then my friends end up jumping on and getting hooked as well.”

And do they talk about it too? “We speak about the typical controversial topics; what Twitter is saying about certain individuals in the villa, who will leave, who is underrated, who is our favourite etc,” says Opedare. “But it’s a reality show at the end of the day, so I don’t really get too invested into the politics.”

Likewise, Sam*, a 28-year old content creator from Birmingham says he tunes in primarily for entertainment, but gets drawn in by the ‘situationships’. The first season he saw was the fourth – “when Wes, Megan, Dani Dyer and Jack were on it” – because his colleagues began watching it in the studio together at work.

“The situations in the villa are the things we as viewers can relate to when it comes to relationships,” he says. “It’s nice to see an insight into different people’s viewpoints.”

Jay*, a 26-year-old teacher from London, admits he also enjoys the human interaction on the show, but he’s embarrassed by the behaviour of the male contestants this year and says he certainly recognises some of it as toxic.

“I think there have been toxic instances of behaviour,” he says. “I’m not sure if it’s malicious or if it’s a level of immaturity, because some of them are young and clearly have a warped view of what a good relationship should look like.”

As Grazia asked this week, “why won’t men hold their friends accountable?”

But Sam doesn’t lay the blame solely at the contestants’ door. “I think the show is set up to be ‘messy’ for entertainment purposes and doesn’t actually try to ‘test’ connections,” he observes of producers. “It wants them to be broken for extra entertainment value. They’re often forced into exploring relationships with others even if they have one which is nothing like real life.”

Does Opedare think this summer’s male lineup is more toxic than other seasons of the show? “I wouldn’t say it’s more toxic, but 100% more insecure, compared to previous years,” he answers, while pointing out that there is ever more scrutiny of contestants’ behaviour. “There’s just a wider microscope to their actions now and people are more prone to drawing the actions out,” he says.

Do we risk taking it all too seriously? Yinka*, 27, a product analyst who also makes TikToks about the show, says that for him, watching Love Island will always be about escapism.

“It provides an hour of pure relaxation after a stressful day at work,” he says. “I can watch the show and relate to some of the issues, but also I see a lot of dynamics that may not be ‘me’, too.”

In his TikToks, Yinka gives his opinions on certain contestants and particular episodes, but many of the comments on his clips are from other men mocking him for making content about the show. He says that doesn’t bother him.

“I think it’s genuinely some very good television. A show has nothing to do with my manhood,” he asserts. “I think Love Island finds a nice wide variety of people and personalities, unlike Real Housewives, TOWIE or Made In Chelsea.”

Is it a reflection of real life? “Yes and no,” says Yinka. “A lot of contestants are on the show for brand deals, publicity and career growth. I think you see some really amazing genuine relationships, but you also see some really fake ones.”

That said, it can still be very revealing of society, he adds – and it’s not just toxic masculinity that’s been on show this year.

In the meantime, the back and forth on social media between women and men over this year’s antics continues – leaving some keen to gate-keep Love Island from straight male viewers altogether. Because for women, the misogynistic treatment demonstrated by the men in the villa this summer is clear, even if those watching don’t always seem to see it. And the show serves as an example of how men can do better – but only if they’re willing to listen.

* Some surnames have been omitted to offer anonymity