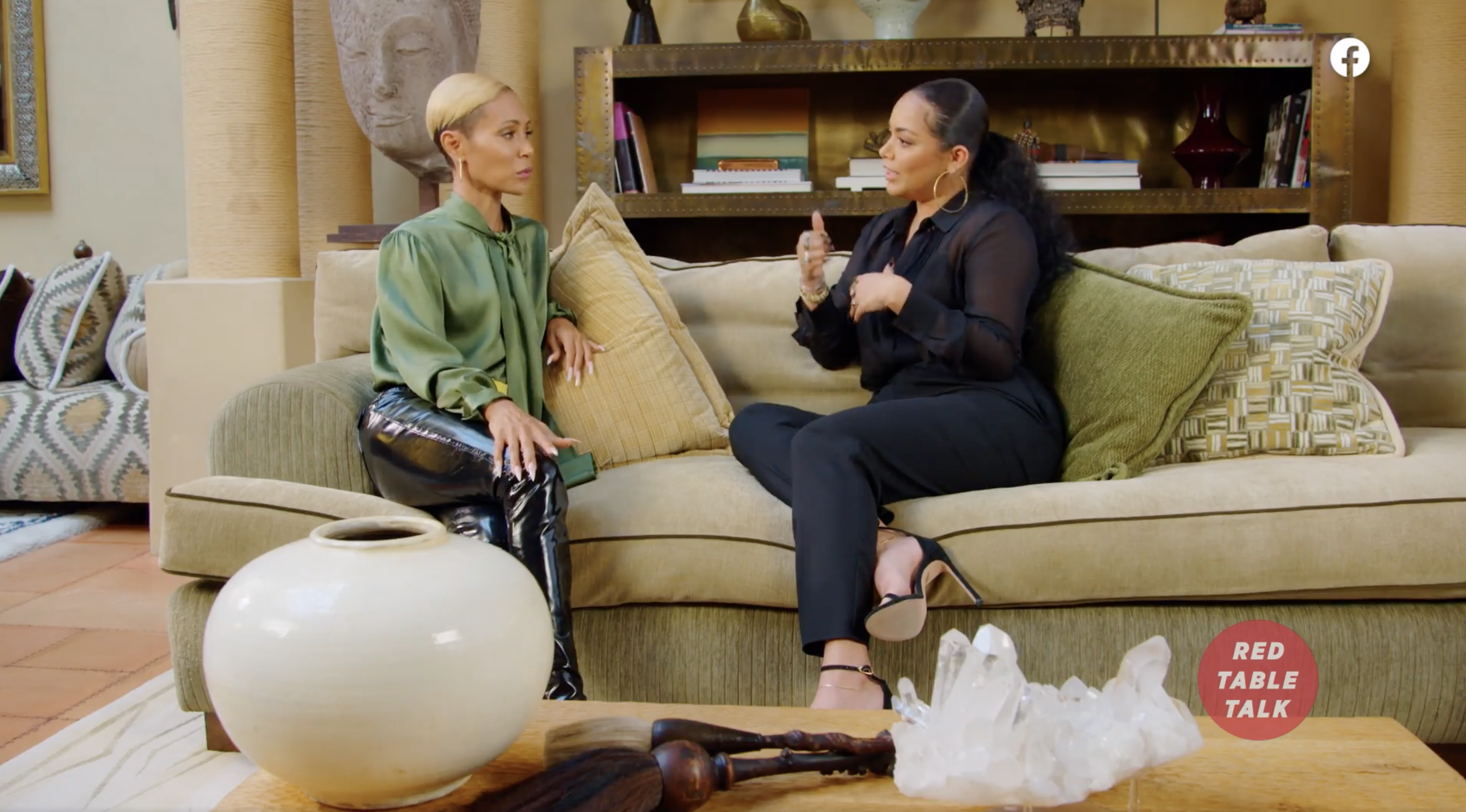 The Wednesday segment of the Facebook Watch show (partially filmed before social distancing rules) evoked George Floyd, an unarmed Minneapolis black man who died in police custody on May 25.

“As we are witnessing our black men being murdered in the streets, very rarely do we talk about the women who are left behind, grief-stricken and shattered,” said Smith, who co-hosts with her mother Adrienne Banfield Norris, 66, and daughter Willow Smith, 19. She also shares son Jaden Smith, 21, with actor Will Smith.

Noting the female family members of Floyd and Ahmaud Arbery, who was fatally shot in February while jogging in Georgia, Smith introduced London, her “beautiful little sis” to explore the effects of gun violence.

London, 35, said she educates her two black sons about how to handle future police interactions and recalled the prevalence of gun violence in her childhood. “I think for me, it was kind of like, middle school, high school, it just became, unfortunately, like a norm,” replied Smith, adding that attending teen parties, was like “putting your life on the line.”

“You always walked in and you knew where the exit was…” said London. “Especially house parties,” said Smith.

When London remarked that it’s “traumatizing” to worry about gun violence as a teen, Smith said, “You just get used to figuring how how to keep yourself safe in these environments and I try to tell people all the time… most of us grow up in war zones and I did not even really realize that until my life changed when I started to look at how my kids were growing up versus me.”

“And then me trying to train them in a way,” she continued. “I was like, ‘But no — that’s not their reality.’ They don’t have to worry about that.”

Rosamund Pike says her chest, eyes have been Photoshopped for movie posters