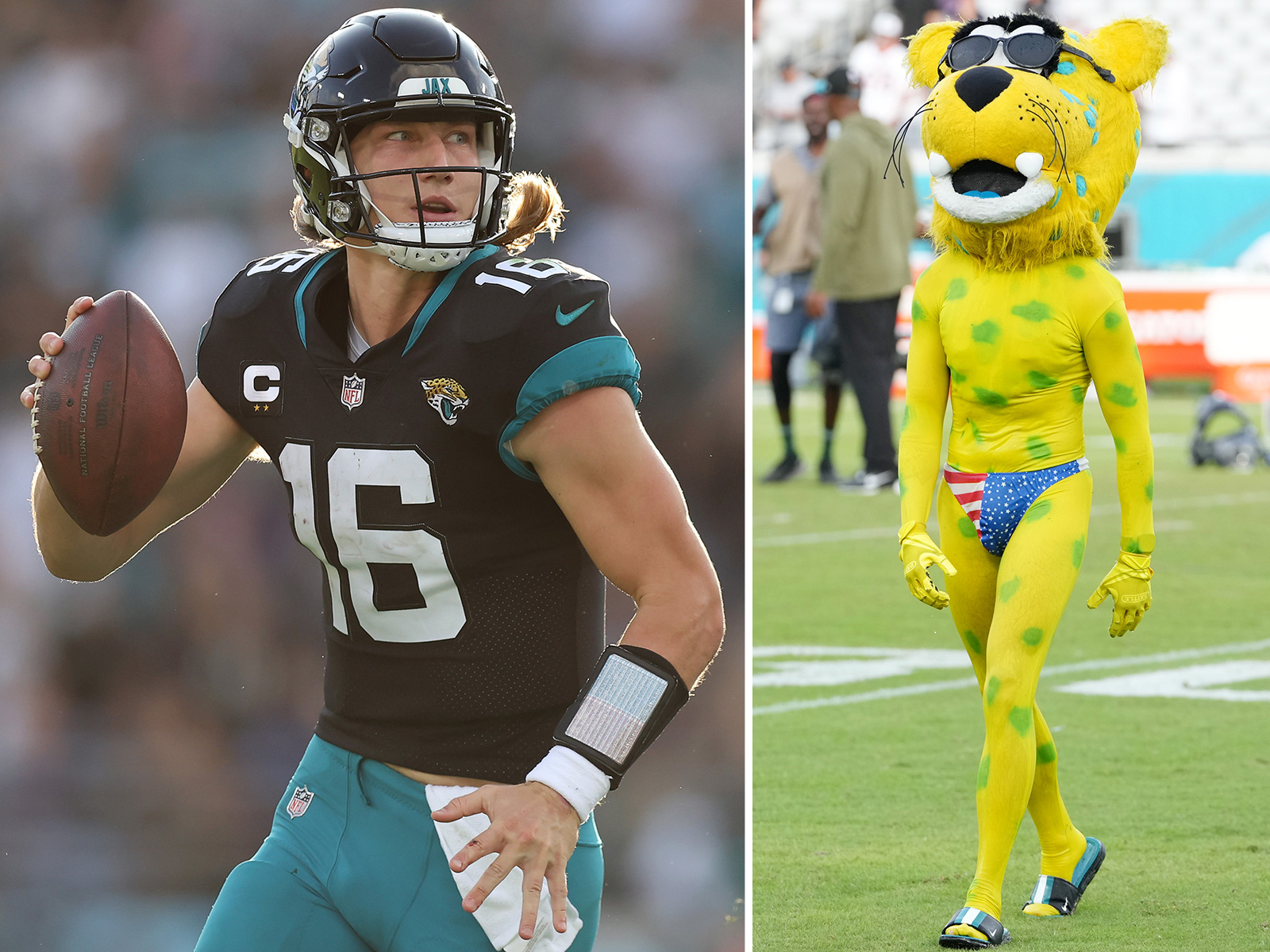 Jacksonville Jaguars have not had a great deal to celebrate about this season so far, so when a touchdown was scored it was little wonder celebrations were wild.

During the Jags’ one-point win over the Baltimore Ravens, 28-27, their mascot Jaxson de Ville gave the fans more than their money’s worth with his display.

It was a moment that many cried that they “cannot unsee” as TV coverage took the mascot’s patriotic display into living rooms across the nation.

The mascot had his traditional furry Jaguar’s head, but instead of the usual outfit, opted for a skintight yellow Spandex affair with a stars and stripes thong. The ensemble left little to the imagination.

While fans in the stadium had been getting an eyeful during the game, the mascot came to prominence on social media after running back JaMycal Hasty scored a touchdown with a 28-yard catch and run.

As celebrations began on the field the mascot was seen in the background, gyrating his hips and thrusting his pelvis while slapping himself on the chest.

It was an image that some viewers found too much to comprehend. Before long, there were many on social media who wanted to have their say on what they had just seen.

Another asked: “What’s happening with the Jaguars’ mascot?”

A third was equally confused, tweeting: “Anyone care to explain WTF was going on with the jaguars mascot today? #Jaguars”

A fourth was pretty disgusted, writing: “the Jaguars mascot humping the air in his speedo was officially too much”

One tweeter seemed to sum up the general feeling after seeing the images on TV, writing: “I’ll never be able to unsee the #Jaguars mascot.”

It would seem that a bit of order was restored at half time as after the break, Jaxson de Ville was back out in his full outfit and the U.S. thong was consigned to the memory of everyone who saw it—unfortunately for them, there was a lot of eyes ruined by that sight.

A spokesperson for Jacksonville Jaguars told Newsweek that they would rather let the images do the talking.

They said: “No comment from us on this one. I think we’ll let it speak for itself.”

Do you have a tip on a sports story that Newsweek should be covering? Do you have a question about the NFL? Let us know via entertainment@newsweek.com.