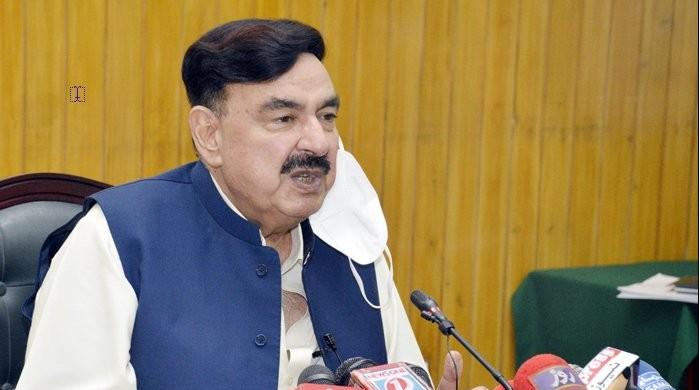 PTI and Jahangir Tareen are now distant from one another, says Interior Minister Sheikh Rashid.

He was speaking about the PTI leader on Geo News programme Aapas ki Baat  after two cases were registered by the Federal Investigation Agency against Jahangir and his son Ali Tareen.

FIA registered  the cases against the father, son duo  under the sections 406 (criminal breach of trust), 420 (cheating of public shareholders) and 109 of the Pakistan Penal Code, read with sections 3/4 of the Anti-Money Laundering Act.

The interior minister said Jahangir Tareen is now “far away” from the PTI.

He said he had not received anything yet on the inclusion of Jahangir and son Ali on the  Exit Control List.

The FIR against Jahangir says he allegedly transferred illegal shares worth billions of rupees to Farooqi Pulp Mills Limited (FPML), which is owned by his son and close relatives.