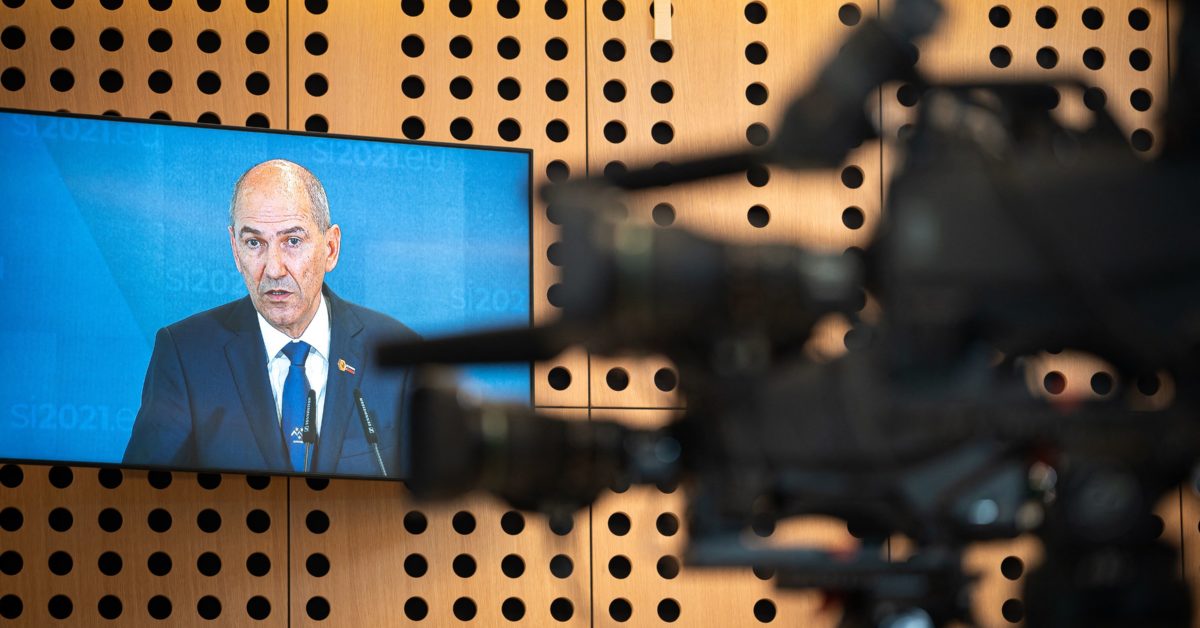 Welcome to Declassified, a weekly column looking at the lighter side of politics.

Slovenian Prime Minister Janez JanÅ¡a and EU foreign affairs chief Josep Borrell are the latest aging politicians trying to prove something by being macho in the wild.

Sulky strongman JanÅ¡a, 62, posted photos on Twitter of himself and Borrell, 74, conquering a Slovenian mountain as his country took over the presidency of the EU Council this month.

This political stunt was an opportunity for JanÅ¡a to charm Borrell, while pummeling him with grievances over supposed double standards on the rule of law, like Italian footballers at Euro 2020 surrounding the referee.

JanÅ¡a is capable of reading more political meaning into hiking trips than a Himalayan soothsayer: Heâ€™s been trying to prove to Brussels that his political opponents have hijacked Sloveniaâ€™s judiciary because they went on a walk with some judges.

And to be fair, thereâ€™s plenty of reading to be done into his trip with Borrell. The photos he posted do their best to show two best buds enjoying a well-earned brew after a day of climbing. In one, theyâ€™re even posing next to a bench carved with love hearts.

JanÅ¡a is the kind of guy who plants the national flag on a mountain in his own country. He could easily make a career as a personal trainer â€” nothing could make you climb faster than him lecturing you about the media.

Poor old Borrell, however, has probably only heard of sherpas and summits in the context of EU politics. He looks like heâ€™s struggling not to let the macho mask slip.

In one shot, in which he seems to be flagging down a mountain rescue helicopter, heâ€™s left looking like he should be safely returned to an environment where he feels most comfortable, such as getting humiliated by the Russian foreign minister in Moscow.

Janez and Josep arenâ€™t the only old pols who flaunted their action-man credentials this week. Donald Tusk, 64, was papped on an early morning run, apparently setting a â€œfast pace from the start,â€ as he announced his return to Polish politics.Â

Are EU politicians now going to start trying to out-macho each other? Will Commissioner Margaritis Schinas make a late bid to participate in the Tokyo Olympics as a wrestler?

Can we expect Commissionâ€™s climate chief Frans Timmermans to paraglide onto the Schuman roundabout wearing nothing but a green mankini to big up his environmental efforts?

We can only hope. And if they do, thereâ€™s no telling what JanÅ¡a will do next.

â€œHere, I re-wrote all your rule of law legislation for you.â€

Can you do better? EmailÂ [emailÂ protected]Â or on TwitterÂ @EddyWax

Last week we gave you this photo

Thanks for all the entries. Hereâ€™s the best from our postbag (thereâ€™s no prize except for the gift of laughter, which I think we can all agree is far more valuable than cash or booze).

â€œWhen you retire from the Commission I make you a candidate for Haute-de-France and you will do better than all my ministers,â€ by Albrecht Rothacher.