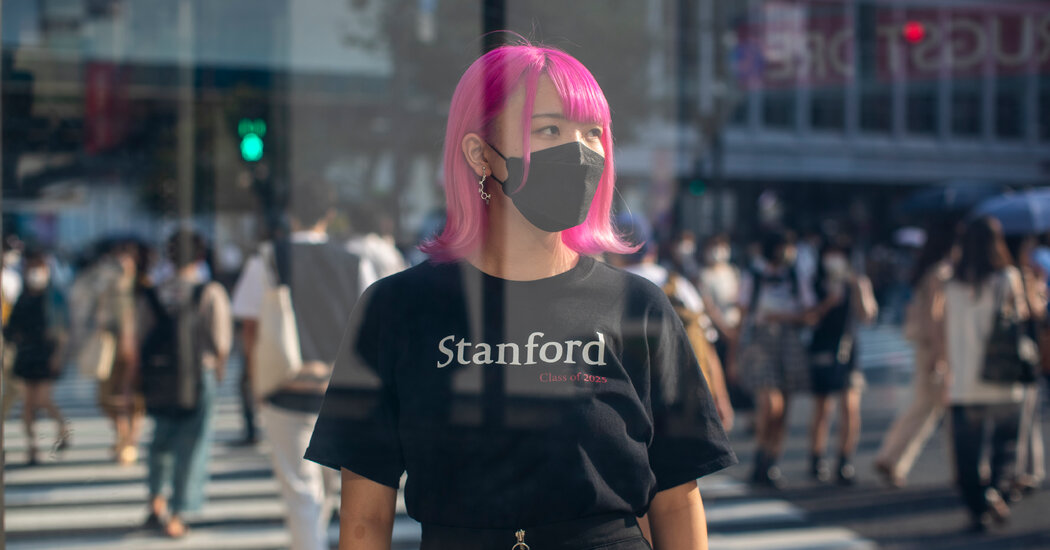 TOKYO — If Anna Matsumoto had listened to her teachers, she would have kept her inquisitive mind to herself — asking questions, they told her, interrupted class. And when, at age 15, she had to choose a course of study in her Japanese high school, she would have avoided science, a track that her male teachers said was difficult for girls.

Instead, Ms. Matsumoto plans to become an engineer. Japan could use a lot more young women like her.

Despite its tech-savvy image and economic heft, the country is a digital laggard, with a traditional paperbound office culture where fax machines and personal seals known as hanko remain common. The pandemic has reinforced the urgent need to modernize, accelerating a digital transformation effort promoted by Prime Minister Yoshihide Suga, including the opening on Wednesday of a new Digital Agency intended to improve the government’s notoriously balky online services.

To narrow the gap, Japan must address a severe shortage of technology workers and engineering students, a deficit made worse by the near absence of women. In the university programs that produce workers in these fields, Japan has some of the lowest percentages of women in the developed world, according to UNESCO data. It also has among the smallest shares of women doing research in science and technology.

Improving the situation will depend in part on whether Japanese society can be nudged away from the mind-set that tech is a strictly male domain. It’s an attitude reinforced in comic books and TV shows and perpetuated in some households, where parents worry that daughters who become scientists or engineers will not get married.

As Ms. Matsumoto sees it, keeping women out of technology is wasteful and illogical. “Half the world’s population is women,” said Ms. Matsumoto, 18, who will attend Stanford University this fall and intends to study human-computer interaction. “If only men are changing the world, that’s so inefficient.”

With its shrinking, graying population and declining work force, Japan has little room to squander any of its talent.

The Ministry of Economy, Trade and Industry projects a shortfall of 450,000 information technology professionals in Japan by 2030. It has likened the situation to a “digital cliff” looming before the world’s third-largest economy.

In the World Digital Competitiveness Ranking compiled by the International Institute for Management Development, Japan ranks 27th globally and seventh in Asia, behind countries like Singapore, China and South Korea.

Japan’s new digital push could offer an opportunity to elevate its women. But it could also leave them further behind.

Globally, women stand to lose more than men as automation takes over low-skilled jobs, according to the 2021 UNESCO Science Report, released in June. Women also have fewer opportunities to gain skills in the increasingly high-demand fields of artificial intelligence, machine learning and data engineering, the report said.

“Because of digitization, some jobs will disappear, and women will probably be affected more than men,” said Takako Hashimoto, a former software engineer at Ricoh who is now vice president of Chiba University of Commerce and a delegate to the W-20, which advises the Group of 20 major nations on women’s issues. “So there’s an opportunity here but also a danger.”

Ms. Hashimoto noted that there were few government programs in Japan that sought to draw women into technology. The Japanese government should set up tech retraining programs for women who want to go back to work after staying at home to raise children, she said. Others have suggested scholarships expressly for female students seeking to study science or engineering.

“The government needs to take leadership on this,” she said. “It hasn’t really linked digitalization with gender equality.”

Miki Ito, 38, an aerospace engineer, said that when she had become enraptured by space as a teenager, she had few role models other than Chiaki Mukai, Japan’s first female astronaut. In college and graduate school, 90 percent of the students in Ms. Ito’s aerospace department were men, as were all her teachers.

Ms. Ito, who is general manager at Astroscale, a company that seeks to remove space debris circling the Earth, said she had not encountered gender discrimination either in school or in her work. But she said she did see an entrenched bias in Japanese society, including a belief that women “aren’t very logical or mathematical.”

She blames images in popular culture. “Boys use robots to fight the bad guys, but girls use magic,” she said. “I’ve wondered why we don’t see the opposite very much.”

Ms. Ito predicted mixed fortunes for Japanese women as the country digitizes. While those in their 40s and older may be left behind, younger women will benefit from the new opportunities, she said.

“The youth of today will narrow the digital gender gap, but it will take time,” she said.

Haruka Fujiwara, a teacher in Tsukuba, just north of Tokyo, who has been teaching and coordinating programming classes, said she had seen no difference in enthusiasm or ability between girls and boys.

By age 15, Japanese girls and boys perform equally well in math and science on international standardized tests. But at this critical point, when students must choose between the science and humanities tracks in high school, girls’ interest and confidence in math and science suddenly wane, surveys and data show.

This is the beginning of Japan’s “leaky pipe” in technology and science — the higher the educational level, the fewer the women, a phenomenon that exists in many countries. But in Japan’s case, it narrows to a trickle, leaving a dearth of women in the graduate schools that produce the country’s top science talent.

Women make up 14 percent of university graduates in Japanese engineering programs and 25.8 percent in the natural sciences, according to UNESCO data. In the United States, the figures are 20.4 percent and 52.5 percent, and in India they are 30.8 percent and 51.4 percent.

To help change this trend and create a space for teenage girls to talk about their futures, two women with science backgrounds, Asumi Saito and Sayaka Tanaka, co-founded a nonprofit called Waffle, which runs one-day tech camps for middle and high school girls.

Ms. Saito, 30, and others offer career lectures and hands-on experiences that emphasize problem solving, community and entrepreneurship to counter the stereotypically geeky image of technology.

“Our vision is to close the gender gap by empowering and educating women in technology,” said Ms. Saito, who has a master’s degree in data analytics from the University of Arizona. “We think of technology as a tool. Once you get that tool and get empowered, you can make an impact on the world.”

Waffle supported 23 teams totaling 75 teenage girls in an app creation contest — including Ms. Matsumoto, whose three-person team pitched an app called Household Heroes. It divvies up household chores among family members, and rewards those who finish tasks by adding items to a cute Pokémon-like character.

“The sex-based division of labor is deeply rooted,” Ms. Matsumoto said. “To change people’s thinking, we decided to develop this app.”

The same cultural expectations extend to child rearing, too, leading many women to quit their jobs once they give birth. That leaves fewer women to ascend to leadership roles or contribute to technological innovations.

Megumi Moss, a former Sony employee, said she felt that she had to choose between her career and her family.

For 10 years, Ms. Moss had a demanding if rewarding job, often returning home on the last train just before midnight only to wake up early the next morning and repeat the cycle.

When she and her American husband, an investment banker, decided to have children, she quit her job with Sony. But a few months before she gave birth to her daughter, she started an online business, CareFinder, that helps alleviate women’s child care duties by matching them with prescreened sitters.

Ms. Matsumoto, the student headed to Stanford, said she, too, wanted to make life better for girls and women in Japan.

A bit of a rebel against the country’s cultural expectations, she dyed her hair bright pink after her graduation — something that is banned at Japanese high schools. She said she had decided to attend college in the United States after learning that she would not get in trouble for asking questions in American classrooms.

Eventually, she wants to return to her home prefecture in the southern island of Shikoku “because I hated it there,” she said. “I want to go back there to help create a society that won’t let girls suffer the way I did.”

No More Apologies: Inside Facebook’s Push to Defend Its Image 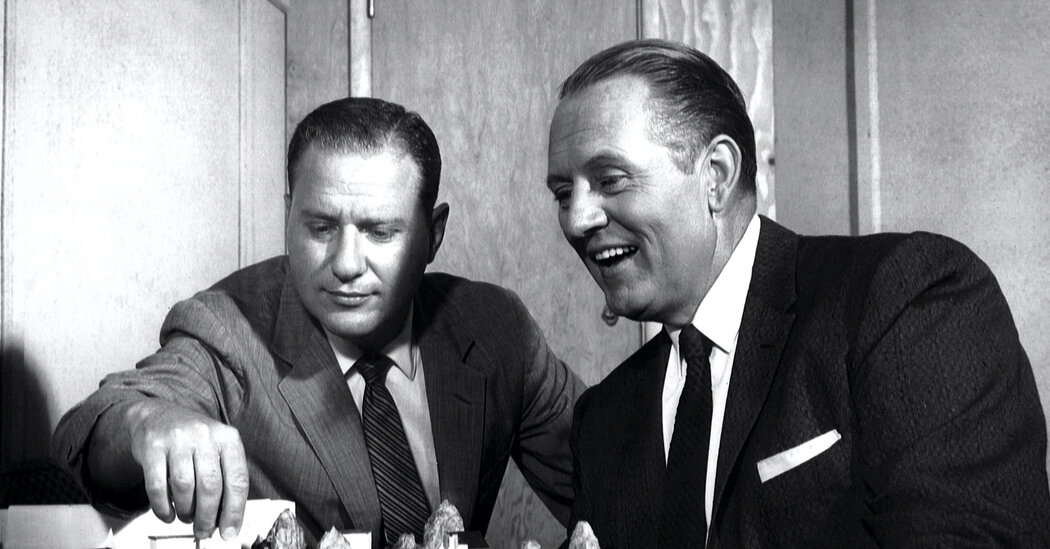