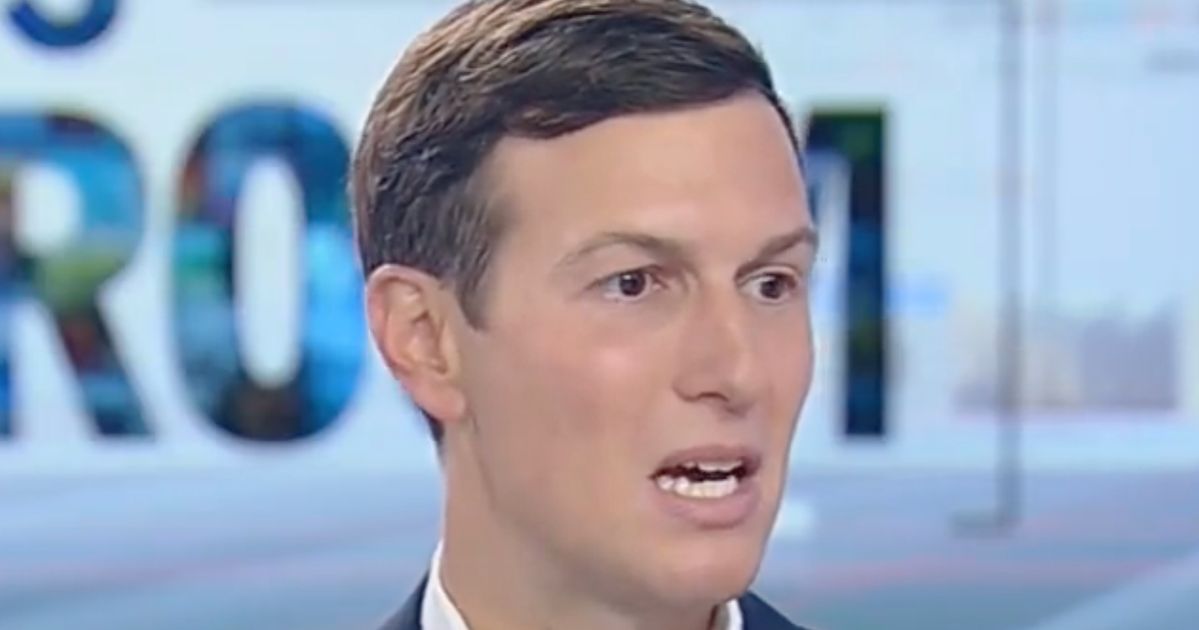 Jared Kushner is caught between a rock and a hard place: He is currently trying to promote his memoir, “Breaking History,” about working in the Trump White House, but wants to avoid saying anything that might anger his father-in-law.

But even though he is trying to only do interviews with “friendly” outlets like Fox News, he keeps getting actual questions instead of the softballs he apparently assumed he’d get.

Kushner was especially flummoxed on Wednesday when Fox News host Bill Hemmer asked the former first son-in-law if he’d work for Trump if he was reelected.

His response was a piece of word salad of gourmet proportions.

“Working for him was an honor. I write in the book about how it was a different experience. I’m very proud of the things I got done,” Kushner said. “It is a big toll, working in Washington … I don’t want people who are from the private sector to be scared to go to Washington. I think that that’s what our founders wanted. They wanted people to leave their farm, go and serve, then go back to their farm. It takes a big toll, but you can get a lot of things done … ”

As Mediaite noted, “Hemmer interrupted to ask if that was a ‘maybe.’”

Kushner didn’t respond, instead continuing on without really answering the question.

“We need not the career political class who have been doing it for 30 years,” he said. “We need people with different perspectives, outsider approaches, people with real-life business experience coming to Washington. That’s what President Trump did. He brought a lot of people like him, but now he’s got a lot of very qualified people with him who I think could help him do things in ways he didn’t have in the beginning of his first term. So for me right now, I’m enjoying my life in the private sector and loving the time with my kids.”

But it was Kushner’s response to a question about whether Trump made “a mistake” by taking classified material to Mar-a-Lago that was really peculiar.

“Like I said, I’m not familiar with what was in the boxes,” Kushner replied. “But I think President Trump, he, uh, he governed in a very peculiar way and when he had his documents, I’m assuming he did what he thought was appropriate.”

Former Trump adviser Jared Kushner when asked if Donald Trump made a mistake by taking classified documents to Mar-a-Lago:

“He governed in a very peculiar way … I’m assuming he did what he thought was appropriate.” pic.twitter.com/6oaIIhzL84

Many Twitter users had a field day with Kushner’s peculiar choice of words.

Asked on Fox News if Trump made a mistake taking classified material to Florida, Jared Kushner says “I’m assuming he did what he thought was appropriate.” Not exactly a ringing endorsement! pic.twitter.com/hWlOOXP7JM

“…governed in a very peculiar way…”

You gotta be shitting me.

This elongated creep also got his $2 billion from the Saudis in a “very peculiar” way.

Some adopted Kushner’s phrasing and put it in other contexts.

“Our client would like you to pass him the gravy, with the tacit understanding that this is the table’s gravy and there was no forethought in any need for said gravy.”
-Jared’s legal team getting his father-in-law to pass him the gravy at Thanksgiving this year https://t.co/nd0IdKCE5P