Jatoi’s case not of terrorism as per SC ruling, argues lawyer | The Express Tribune 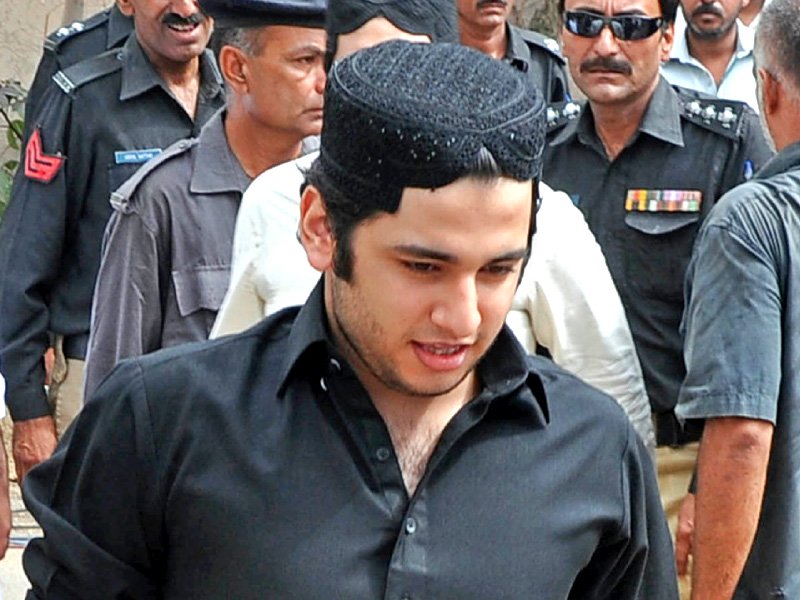 
A defence lawyer on Wednesday argued that the case against murder convict Shahrukh Jatoi and other co-convicts did not come under the purview of the Anti-Terrorism Act 1997 in light of a 2019 ruling of a seven-member Supreme Court bench.

Azam Nazir Tarrar, counsel for Jatoi’s co-accused, was referring to a ruling by Justice Asif Saeed Khosa to define the word â€˜terrorismâ€™ because of its excessive use.

Jatoi was convicted of the murder of Shahzeb Khan, in August 2013, and terrorism charges were included in the case against him in the charge sheet submitted to the apex court.

Then chief justice Iftikhar Chaudhry had taken suo motu notice of the case after a hue and cry by the civil society. He was subsequently sentenced to death by an anti-terrorism court, but his sentence was overturned by the Sindh High Court (SHC) in 2017.

In a case filed by the civil society against the SHC order, a three-member SC bench set aside the SHC order and restored the terrorism charges in the case. It had also asked the high court to fix the petition before a different bench. In 2019, the SHC commuted the death sentence of Jatoi.

During the hearing of the plea against Jatoi’s life imprisonment today, the defence lawyer said a three-member bench had asked the police to add terrorism charges in the case. However, a seven-member bench in 2019 gave a ruling as per which the case does not come under the purview of terrorism.

At the outset of the hearing, Justice Jamal Khan Mandokhel asked about Jatoiâ€™s health. â€œHow is Shahrukh Jatoi doing,â€ he asked his counsel, Latif Khosa. â€œIs he in jail or somewhere else?â€ he asked. The lawyer responded saying Jatoi was in jail. Defence counsel Azam Nazir Tarar said the news regarding his treatment was becoming an issue in the case.

The settlement between the two parties was reached seven years ago, but â€œit is now the media that decides the caseâ€, the counsel for Jatoi claimed. To this, Justice Mandokhel responded that the media could influence lawyers, but not the court.

Justice Maqbool Baqar asked the lawyer if he thought the media steered the case in the Supreme Court. â€œDonâ€™t make claims that are in contrast to the reality,â€ he added.

Justice Aminuddin said due to the rescheduling of the cases, he didnâ€™t get time to go through the case files. He said he will read them by the next hearing and adjourned the case for three weeks.

Shahzeb Khan, the 20-year-old son of former Deputy Superintendent of Police Aurangzeb Khan, was gunned down on Saba Avenue in Defence Housing Authority (DHA) on the night of December 24, 2012.

Shahzeb had returned home from a wedding with his family when an employee of the accused verbally harassed his sister. He confronted the accused and demanded an apology.

The accused, however, were remorseless and refused to apologise for the behaviour of their employee. The issue was apparently resolved when Shahzebâ€™s father intervening and pacifying both his son and the other party.

Soon after, Shahzeb left his house in his car and was on Saba Avenue when the accused chased him down and shot him dead in public.

The murder sparked outrage across the country leading to then chief justice, Iftikhar Chaudhry, taking suo motu notice of the incident.