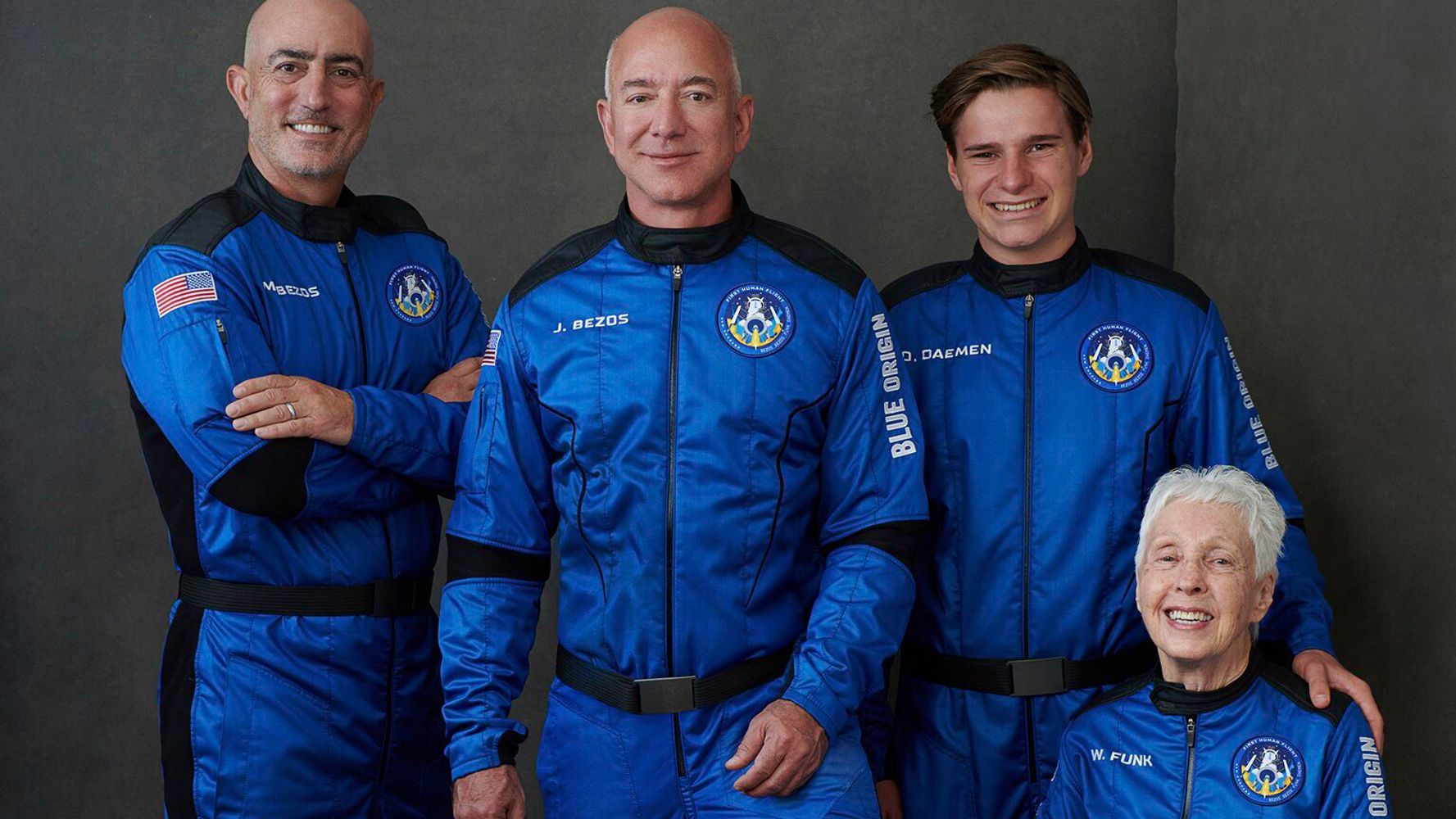 Itâ€™s mission accomplished for Jeff Bezos and Blue Origin, the billionaire Amazon founderâ€™s space travel company that carried the oldest, the youngest and the richest humans to have ever flown in space.

â€œYou have a very happy crew up here, I want you to know,â€ a maleâ€™s voice could be heard saying as the rocket soared amid a chorus of â€œwoo hooâ€ thrill-ride whoops.

The four passengers were given three to four minutes to unbuckle their seatbelts and float around the capsule once they neared the edge of space.Â

The booster was the first to return to earth, completing a vertical landing at the launch pad roughly seven minutes after takeoff. The crew members and New Shepard landed softly, slowed by parachutes, a few minutes later. The ride lasted 10 minutes.

Bezos was seen waving and giving a thumbs-up through a window of the capsule while preparing to disembark after successfully landing. The astronauts were enthusiastically greeted by friends, family, crew members and bottles of champagne.Â Among those present was Bezosâ€™ girlfriend Lauren SÃ¡nchez.

The launch marked the 52nd anniversary of the Apollo 11 moon landing. It comes just days after billionaire businessman Richard Branson on July 11 flew to the edge of space, an altitude of around 50 miles, before returning to earth. New Shepard reached an altitude of about 66 miles.

Daemen is Blue Originâ€™s first paying customer. Funk is finally getting her trip six decades after training with 12 other female pilots, known as Mercury 13, for such a ride in the early 1960s. Funk takes the title for oldest person to fly to space from the late astronaut John Glenn, who flew to space for the last time at the age of 77.

Daemen secured his seat last minute after the winning bidder of his seat, which sold for $28 million last month, was unable to make the flight due to a scheduling conflict. That winner, who has not been identified, agreed to take a later flight.

The seat was given to Daemen after his father, who had taken part in the auction, agreed to a lower undisclosed price last week, The Associated Press reported.

Tuesdayâ€™s launch is the first by Blue Origin to feature people on board. The company has been testing its rocket since 2012 and says it has had 15 successful consecutive launches, including three successful escape tests.