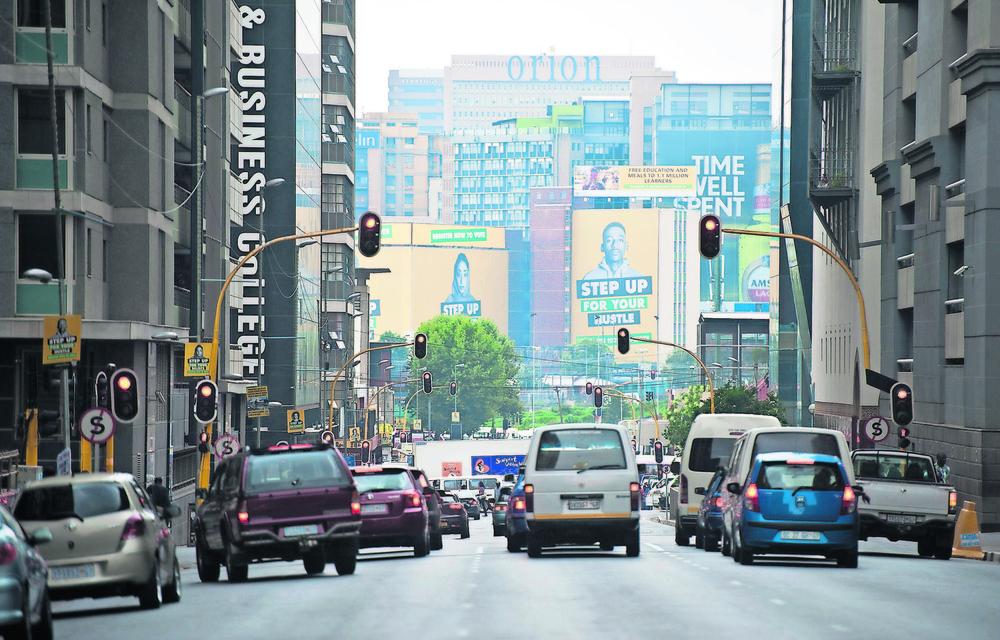 Johannesburg has a fearsome reputation as a city defined by crime, violence and general misery.Â

Xenophobic politicians such as Herman Mashaba regularly claim that its streets have been overrun by hordes of dangerous â€œforeignersâ€. In the aftermath of a wave of power and water cuts during the height of winter in 2021, theÂ Daily MaverickÂ newspaper published a widely circulated article saying that the â€œcollapseâ€ of Johannesburg was the prelude to a coming downfall of South Africa.

United States Naval War College scholar Richard J Norton said in 2003 that Johannesburg had become a â€œferal city â€¦ abandoned to squatters and drug gangsâ€. It has been used as a location for films set in near-future dystopias such asÂ ChappieÂ (2015) andÂ The Last Days of American CrimeÂ (2020), but the visual grit achieved by using the city as backdrop failed to stop both these productions from being major commercial and critical failures.Â

Certainly, anyone who lives in Johannesburg can attest that it is a difficult and often dangerous environment. Alongside the blatantly visible problems of inequality, social violence and poorly governed infrastructure are more intangible threats. The legacy of extractive gold mining means that it is the â€œmostÂ uranium-contaminatedÂ city in the worldâ€, with residents living alongside radioactive hotspots.

This creates dystopia fatigue, with the media accepting the cityâ€™s doom as inevitable. Faced with a future of chaos, the only response is to accept and enjoy the decline,Â saysÂ journalist Alexander Parker. â€œIt will remain a city of dark, unsanitary and dangerous settlements, as well as of Tesla Powerwalls, private security, electric fences and glorious homes with pumping fibre.â€ The future belongs to tank-like luxury vehicles careening down roads that have collapsed from lack of maintenance and extreme weather events.Â

But such apocalyptic rhetoric existed long before Covid-19 or the meltdown of public services under the organised misrule of the Jacob Zuma years. Commentators have been confidently predicting the collapse of the city since 1994.Â

In this reading the city has become a stark Manichean space, divided between desperate and unruly residents and the threatened enclaves of wealth. These dark visions combine colonial anxieties about impoverished Black people with the harsh futures imagined in dystopias likeÂ Blade RunnerÂ andÂ Escape From New York.Â

This idea of the fallen city simplifies a far more complex reality. Johannesburg is certainly an environment of extreme crime and violence, but also survival and innovation. People from all parts of Africa and beyond use informal mechanisms and networks to build lives, even in the face of predatory and incompetent authorities.Â Â

In contrast to a post-colonial hellscape, existing outside of modernity, Johannesburg is also what urbanist Jennifer Robinson calls an â€œordinary cityâ€. Extreme inequality and violence does not preclude other forms of daily life, from cultural scenes to crowds congregating in parks on weekends.Â

Equally, the dystopian framing of â€œnightmare slums versus the armoured suburbsâ€ offers an extreme and highly misleading account of the cityâ€™s fundamental problems. The widespread failure of basic infrastructure is the product of clear political and material factors, and the toxic collusion between self-serving government officials and patronage networks that enrol private businesses â€“ including the widespread abuse of municipal outsourcing.Â

Instead of the â€œglorious homesâ€ imagined by boosterish journalists, the enclaves of the super rich are often the locations of major political and financial mayhem. The Guptas orchestrated their empire of crime from behind the high walls of their compound in the suburb of Saxonwold.

While the wealthy managerial class who live in Sandton and gated estates in Midrand can afford Tesla walls, the cityâ€™s northern and southern suburbs are home to the working and an increasingly precarious middle class, who are often only a pay cheque away from ruin in the bleak economics of 2022.

The claim that people can afford to retreat into enclaves is a convenient myth that reflects the prerogatives of the wealthy. In reality, impoverished residents and the middle class are linked by their shared fate. Rampant inequality and municipal collapse lead to socioeconomic hardship as well as a general alienation and social deflation. This is expressed in the high rate of mental illness and addiction that exists behind the facade of orderly walls.Â

Johannesburg is a microcosm of how late capitalism destroys public institutions and shared wealth. This leads to a society in which the rich escape to off-grid developments while the rest struggle to hold on in the face of economic, political and ecological collapse.

Since the city began as a frenzied mining camp after the discovery of gold on the Witwatersrand, it has embodied the worst aspects of global capitalism and extractive greed.Â

In his 2006 novelÂ Against the Day, Thomas Pynchon describes the early city as a â€œhellâ€ of â€œchronic phthisisâ€ â€“ the tuberculosis caused by unregulated mining pollution â€“ and â€œshopkeeper avariceâ€. It is a city ruled by the profit motive and the desperate measures people will go to for it. â€œIntoxication, betrayal, brutality, risk: deep descents into the abysses of the gold mine proving minor next to the moral plunges available, indeed beckoning, at every turn.â€

Colonialism and segregation entrenched this dog-eat-dog political economy. As Johannesburgâ€™s first skyscrapers began to go up in the 1930s, the Black majority living in their shadows were already being subjected to a harsh regime of daily precarity and non-existent state services.Â

Writing two years before the National Party took power in 1948 and turned segregation into the even crueller system of apartheid, South African novelist Peter Abrahams wrote: â€œIn this city it is like this: all the time you are fighting. Fighting. Fighting! When you are asleep and when you are awake. And you look only after yourself. If you do not, you are finished. If you are soft, everyone will spit on your face. They will rob you and cheat you and betray you. So to live here you must be hard, hard as stone. And money is your best friend. With money you can bribe policemen. With money you can buy somebody to go to jail for you.â€

Johannesburg is built around this cynical vision of life as a war of all against all. The ethos of â€œlooking only after yourselfâ€ is practised every day by police officers extorting bribes, councillors using their positions as personal slush funds or having disgraceful fist fights in meetings and businesspeople engaged in unethical practices.

But it is also expressed in how the discussion around the city often focuses on fear and building enclaves, rather than addressing the material roots of social dysfunction. It fuels the contradictory belief that it is possible to have a city balkanised into enclaves and still retain the semblance of an organised urban life.

The rigid, gated social paradigm that has defined the post-apartheid city has not made us safer, healthier or wealthier. Instead, it has inhibited the cityâ€™s true potential as a gateway to the rest of Africa, and reinforced spatial segregation and political conservatism.Â

None of these failings are insurmountable, though. Building mass democratic politics to achieve a society that works for all â€“ in contrast to the kleptocratic dysfunction of the present â€“ is an arduous and fraught process. But embracing public space and civic life is the only alternative to a bleak reality of fortified enclaves amid decay. From building community organisations to electing progressive and democratically accountable representatives into municipal structures, the rediscovery of the public should be a priority.